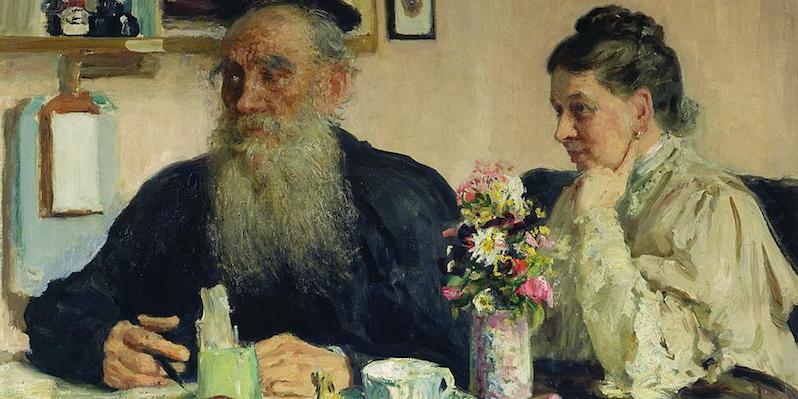 Here’s Tolstoy’s recipe for macaroni and cheese (AKA Mac & Peace).

The recipe comes from a cookbook that Tolstoy’s brother-in-law, Stepan Andreevich Bers, published and gifted to his sister, Tolstoy’s wife, Sophia Andreevna Tolstaya. The book was translated and adapted by Sergei Beltyukov a few years ago, under the title Leo Tolstoy: A Vegetarian’s Tale: Tolstoy’s Family Vegetarian Recipes Adapted for the Modern Kitchen.

Tolstoy became a vegetarian in the latter half of his life, and wrote in his essay “The First Step” (a preface to the Russian translation of The Ethics of Diet by Howard Williams) that eating meat “is simply immoral, as it involves the performance of an act which is contrary to the moral feeling—killing; and is called forth only by greediness and the desire for tasty food.” (Tough but fair, honestly.)

So today, on this, Tolstoy’s birthday, you can honor him by eating some (vegetarian) mac and cheese—that is, if you can figure out which vegetables, exactly, go into vegetable sauce.

Bring water to a boil, add salt, then add macaroni and leave boiling on light fire until half tender; drain water through a colander, add butter and start putting macaroni back into the pot in layers—layer of macaroni, some grated Parmesan and some vegetable sauce, macaroni again and so on until you run out of macaroni. Put the pot on the edge of the stove, cover with a lid and let it rest in light fire until the macaroni are soft and tender. Shake the pot occasionally to prevent them from burning.

As with all great literature, plenty of room for interpretation.