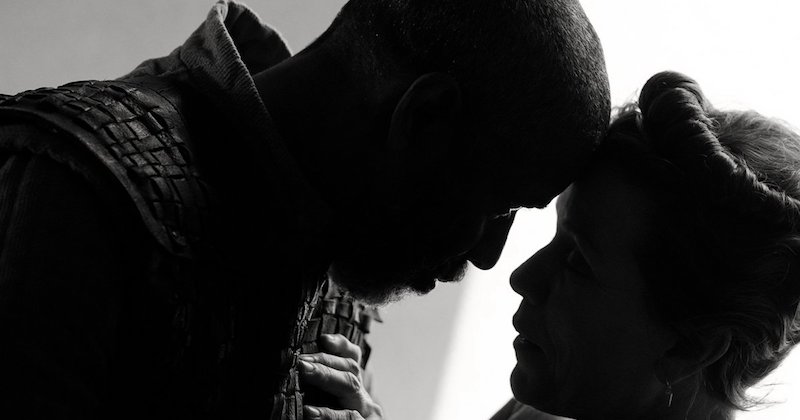 Scottish play stans hide your fires and unleash your black and deep desires, because the first teaser trailer for Joel Coen’s The Tragedy of Macbeth (starring Denzel Washington and Frances McDormand) has arrived.

The trailer is only about 20 seconds long, so we don’t have much to work with, but the the A24 vibes are strong with this one. Ravens circle overhead, Denzel’s Macbeth (with shaven head and silver beard) and Banquo emerge from the fog as the three witches materialize above a reflective pool of water. There’s a shot of Brendan Gleeson’s King Duncan and one of McDormand’s Lady Macbeth walking toward a castle window, burning parchment in her hand. Denzel stands in a moonlight spotlight, a hand picks up a fallen crown, Frances turns her face to the camera. That’s it. That’s all we get for now. No dialogue. Just a single line from the play—“By the pricking of my thumbs, something wicked this way comes”—spoken over the ominous metronome of…something.

At 65 and 63 (during filming) respectively, Denzel and Frances will be, by some distance, the oldest actors ever to play Mr. and Mrs. Regicide in a major production of Shakespeare’s 1606 play. What that means for the portrayal of literature’s most infamous couple, we’ll soon find out.

Something wicked this way comes to the New York Film Festival on September 24, and to Apple TV+ early in the new year.