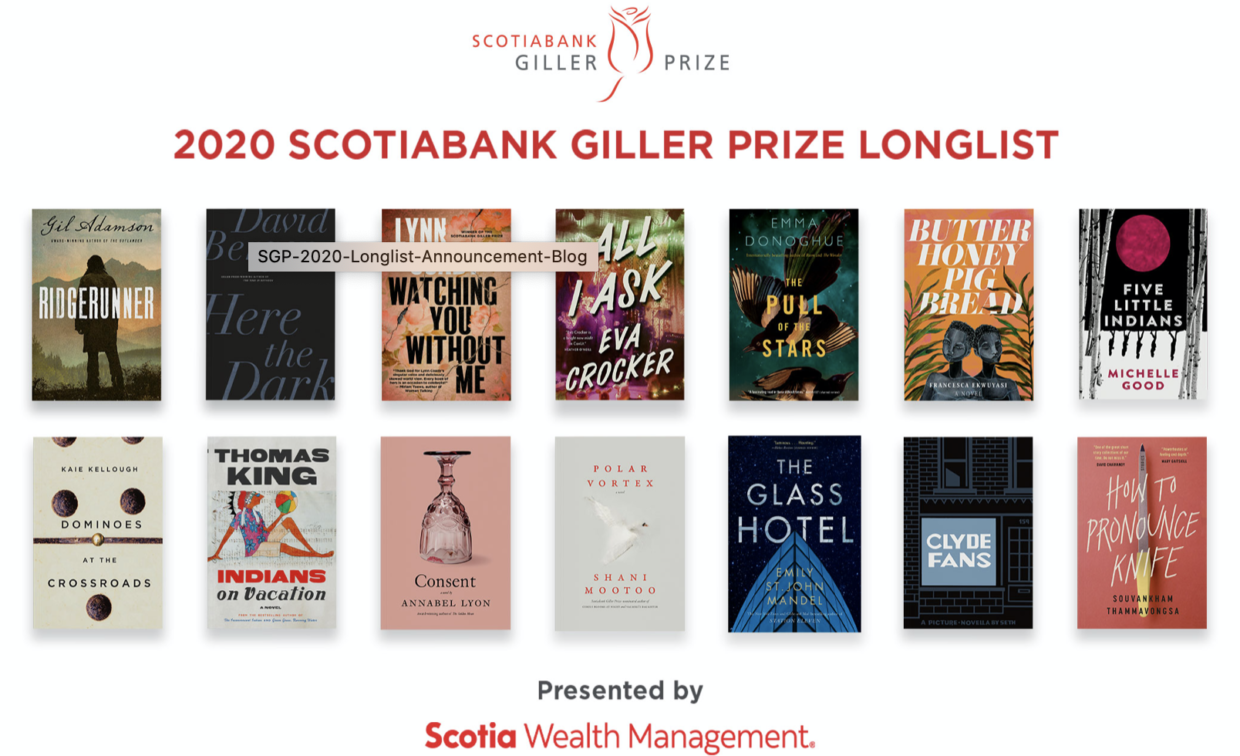 Here’s the longlist for this year’s Scotiabank Giller Prize.

Today, Ian Williams announced the longlist for this year’s Scotiabank Giller Prize, named in honor of the late literary journalist Doris Giller, which seeks to recognize the best Canadian fiction every year. (Williams, you’ll remember, won last year’s prize for his debut novel, Reproduction.) The 14 titles were chosen from a field of 118 books submitted by publishers all across Canada. The eventual winner will take home a prize of $25,000, and each finalist will also be awarded $10,000.

Lynn Coady, Watching You Without Me

Eva Crocker, All I Ask

Emma Donoghue, Pull of The Stars

Kaie Kellough, Dominoes At The Crossroads

Souvankham Thammavongsa, How To Pronounce Knife