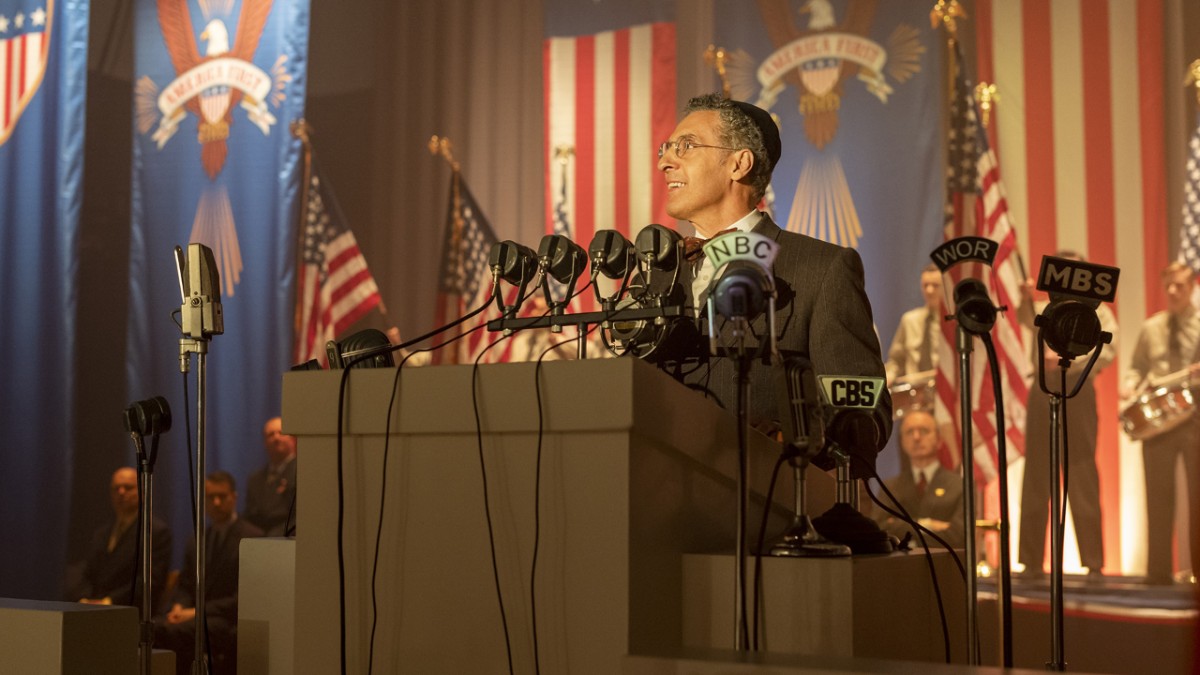 Here’s the first trailer for The Plot Against America.

Good news for fans of Philip Roth, The Wire, and unnervingly timely media: HBO has dropped the first trailer for David Simon’s miniseries adaptation of The Plot Against America.

Roth’s novel is an alternate history of America in which aviation hero/anti-Semitic populist Charles Lindbergh defeats “hawkish” FDR in the 1940 presidential election. Not too hard to draw parallels between that plot and our current reality, and based on the trailer, David Simon isn’t exactly shying away from them.

The series stars Winona Ryder, John Turturro, Zoe Kazan, and others. It premiers March 16 on HBO.