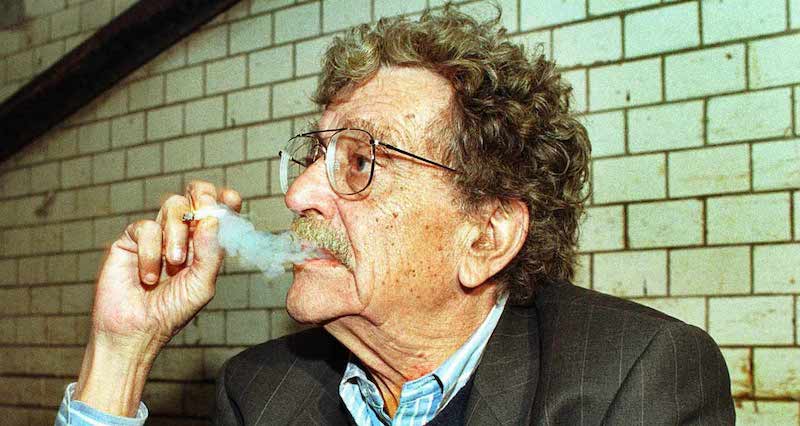 In a 1988 Volkswagen ad campaign for TIME, of all places, Kurt Vonnegut wrote a letter to the people of 2088. In it, he reflected on the current moment, imagined the next century (apparently, everyone will “sip orange drink through straws like the astronauts”), and offered seven pieces of very good advice:

1. Reduce and stabilize your population.
2. Stop poisoning the air, the water, and the topsoil.
3. Stop preparing for war and start dealing with your real problems.
4. Teach your kids, and yourselves, too, while you’re at it, how to inhabit a small planet without helping to kill it.
5. Stop thinking science can fix anything if you give it a trillion dollars.
6. Stop thinking your grandchildren will be OK no matter how wasteful or destructive you may be, since they can go to a nice new planet on a spaceship. That is really mean, and stupid.
7. And so on. Or else.

Though there’s still 77 years to go before the year to which Vonnegut addressed his letter, the people of our own extreme-climate-warming, billionaire-rocket-flying moment could also use the advice. And now, we can hear the letter in its entirety read live—by Benedict Cumberbatch, through the Letters Live program, which is exactly what it sounds like. It’s a strange, but welcome, crossover event.

Watch Benedict Cumberbatch read Kurt Vonnegut’s letter to the people of 2088 below, and then play it into a powerful air/water/topsoil poisoner’s ears: