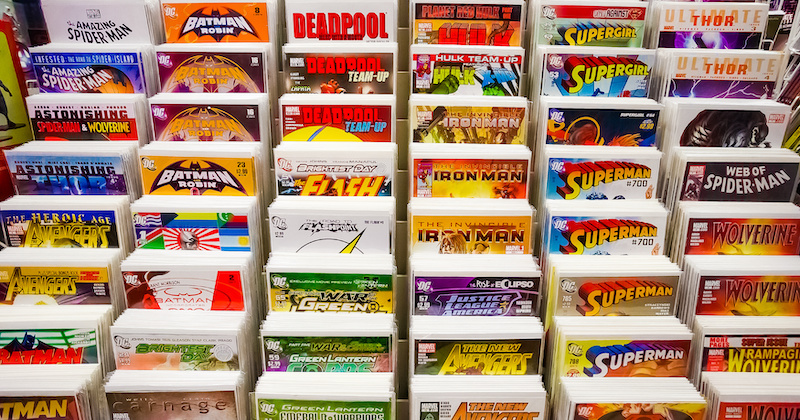 Here’s all the literary news from this year’s New York Comic Con.

In case you didn’t notice all the costumes on the subway, New York Comic Con, the nerdiest event of the year, was held last weekend at New York City’s Javits Center. As always, the four day convention was full of panels, announcements, and reveals—only some of which concern us here at Literary Hub, for obvious reasons. Here are the literary adaptation news highlights from the weekend:

FX’s Kindred has a release date: all eight episodes of the much-anticipated adaptation of Octavia Butler’s beloved novel will hit Hulu on December 13.

Neil Gaiman hinted that season 2 of Good Omens will be a “soft, gentle romance” (and fans got to see an early clip from the season, which Amazon Studios announced would be available this summer).

Apparently, we’re doing trailers for single episodes of television now—or at least The Lord of the Rings: The Rings of Power released one for its finale this week.

Diana Gabaldon, author of Outlander, admitted she prefers her literary fans to her television fans, telling an audience: “I have never had a bad [reader] experience . . . They are wonderful, intelligent and kind. Bear in mind, though, that people with real, mental derangements don’t have the intelligence to read one of the books. TV is a different thing.”

The first trailer for season 3 of His Dark Materials, which covers the events of Philip Pullman’s The Amber Spyglass, debuted.

So did the teaser for the second season of Wheel of Time and the first trailer for Anne Rice’s Mayfair Witches and a new trailer for The Peripheral.

And it’s not exactly news, but perhaps, if you are here, you will be interested in this clip of LeVar Burton leading a crowd in the Reading Rainbow theme song. You’re welcome!