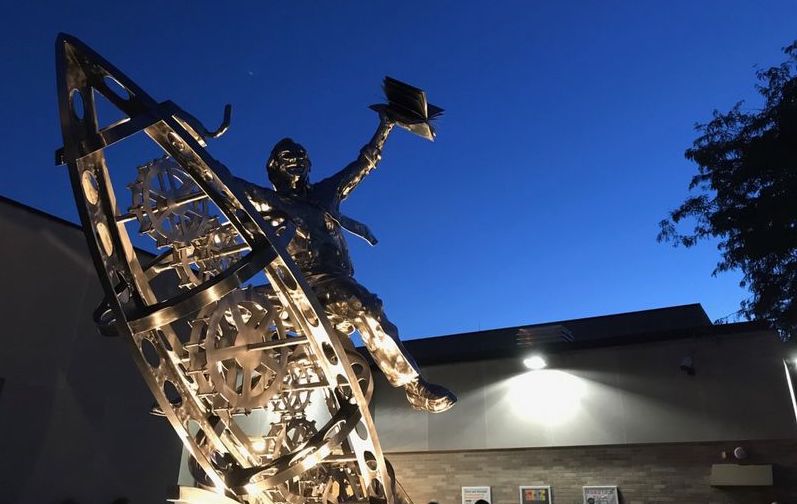 Here is a cool statue of Ray Bradbury riding a rocket Dr. Strangelove-style.

Befitting a writer of his propulsive imagination, this Ray Bradbury statue—unveiled on Thursday outside Waukegan Public Library, where the young Bradbury cultivated his passion for literature—is no staid, austere piece of metalwork. You’ll find no tweed blazers or grave looks cast in bronze on this particular literary memorial.

“We see a grown man on the outside yet a curious boy on the in,” Oxman said of his piece, which was selected from three finalists narrowed down from 41 domestic and international submissions. “As a writer, Ray loved metaphors, and this rocket is the personification of the scores of novels young Ray devoured at the Waukegan library that propelled him to uncharted worlds.”

The $125,000 project was primarily financed through donations, big and small, from Bradbury fans all over the world. Donors of gave at least $150 received a book from Bradbury’s personal collection, which donated upon his death to the library.