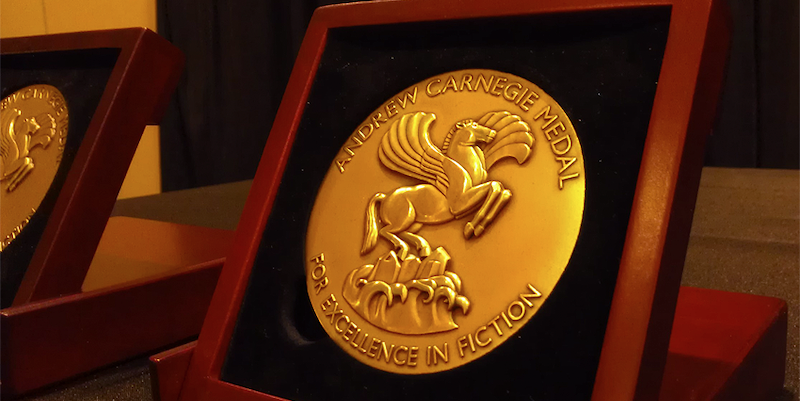 Here are the winners of the 2022 Andrew Carnegie Medal for Excellence.

Yesterday, the American Library Association announced the winners of the 2022 Andrew Carnegie Medal for Excellence. Tom Lin’s The Thousand Crimes of Ming Tsu was recognized in the Fiction category, while Hanif Abdurraqib’s A Little Devil in America was recognized in the Non-Fiction category. Now in its ninth year, the medal reflects the judgment and insights of library professionals and booksellers, and celebrates books for adult readers.

Lin’s novel, which the ALA judges called a “transcendent epic,” follows Ming Tsu, a man searching for the men who beat him, stole his life, and sentenced him to forced labor at the Central Pacific Railroad. In a review, The New York Times praised Lin’s “centering” of the “people who helped build the West but have often been erased from its mythology.”

Abdurraqib’s collection brings together essays, poetry, and memoir to explore, as the ALA put it, “the many iterations of Black artistic expression through an often deeply personal lens.” In a starred review, Publisher’s Weekly remarked on the collection’s illumination into “how Black artists have shaped—and been shaped by—American culture.”

Terry Hong—chair of the selection committee —commented on the timeliness of both titles. He said, “amidst the alarming spikes of violent anti-Asian hate, The Thousand Crimes of Ming Tsu is a brilliantly fictionalized reclamation of Asian American history. Meanwhile, A Little Devil in America stupendously asserts crucial expressions of Black American performance. Both provide irrefutable evidence of a nation that has been diverse for centuries.”

The winners will be celebrated at the ALA Annual Conference in June in Washington D.C. and will each receive $5,000.