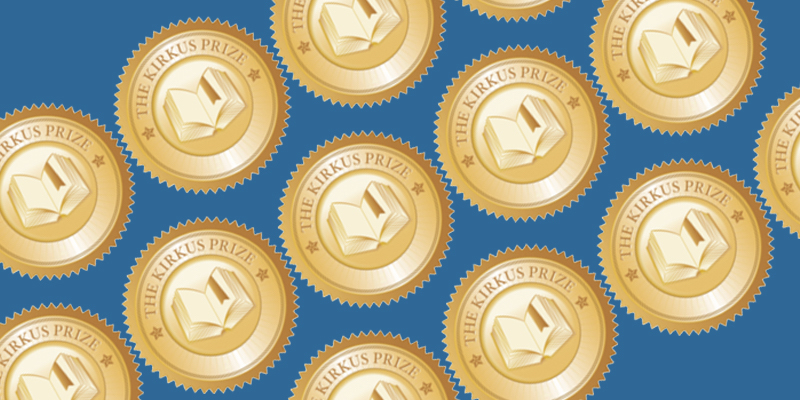 Here are the finalists for the 2021 Kirkus Prize.

This morning, Kirkus announced its 18 finalists for the 2021 Kirkus Prize, which each year celebrates the best in fiction, nonfiction, and young readers’ literature. The winner in each category will be awarded $50,000, making the Kirkus Prize one of the country’s richest literary awards. Previous winners include Saeed Jones, Lesley Nneka Amirah, Ta-Nehisi Coates, and Ling Ma.

Books that receive the rare and coveted starred review from Kirkus are automatically nominated for the prize. This year, the finalists were selected from 749 young readers’ literature titles, 328 fiction titles, and 454 nonfiction titles. Over 10,000 titles were reviewed by Kirkus during this eligibility period.

“Our judges have surveyed a remarkably diverse field and identified books that deserve the widest possible readership,” says Tom Beer, the editor-in-chief of Kirkus Reviews, in a press release. “That has always been our mission at Kirkus, and we’re thrilled to further it with this year’s prizes.”

A virtual ceremony will be held in Austin, Texas on October 28th, where each category winner will be named. Congratulations to the finalists!

Finalists for the 2021 Kirkus Prize

Brian Broome, Punch Me Up to the Gods: A Memoir (Mariner Books)

Tiya Miles, All That She Carried: The Journey of Ashley’s Sack, a Black Family Keepsake (Random House)

Kristen Radtke, illustrated by the author, Seek You: A Journey Through American Loneliness (Pantheon)

Wai Chim, The Surprising Power of a Good Dumpling (Scholastic)