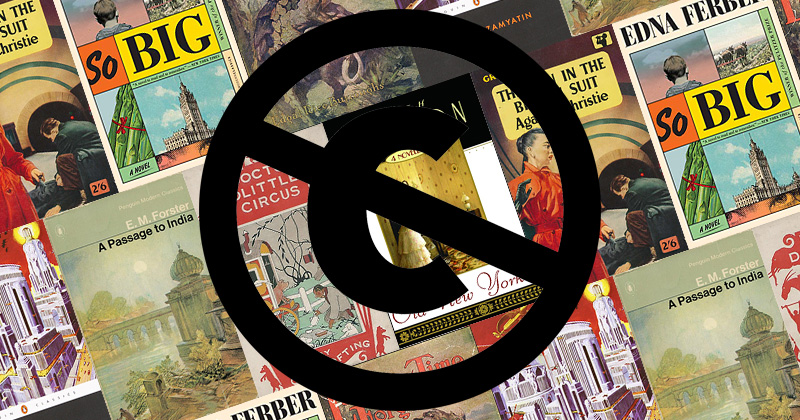 Here are the books that just entered the public domain.

Attention remixers, fan fiction writers, and indie publishers: as you may know, on January 1st, 2020, a whole slew of books—those copyrighted in 1924—entered the public domain in the United States.  You can see the full catalogue of copyright entries from 1924 and before here, but I’ve pulled a few highlights from the literary side of things.

E. M. Forster, A Passage to India
Edna Ferber, So Big (which won the Pulitzer Prize for fiction in 1925)
Ford Madox Ford, Some Do Not… (the first volume of his Parade’s End tetralogy)
Edgar Rice Burroughs, The Land That Time Forgot and Tarzan and the Ant Men
Agatha Christie, The Man in the Brown Suit
Thomas Mann, Buddenbrooks (the English translation by H. T. Lowe-Porter)
Edith Wharton, Old New York (a collection of four novellas)
Katherine Mansfield, Poems
Eugene O’Neill, Desire Under the Elms (a play)
Yevgeny Zamyatin, We (the English translation by Gregory Zilboorg)
Hugh Lofting, Doctor Dolittle’s Circus
Edith Wharton, The Old Maid
H. G. Wells, The Dream
A. A. Milne, When We Were Very Young
W. E. B. Du Bois, The Gift of Black Folk

Is a We/So Big mashup too much to hope for?