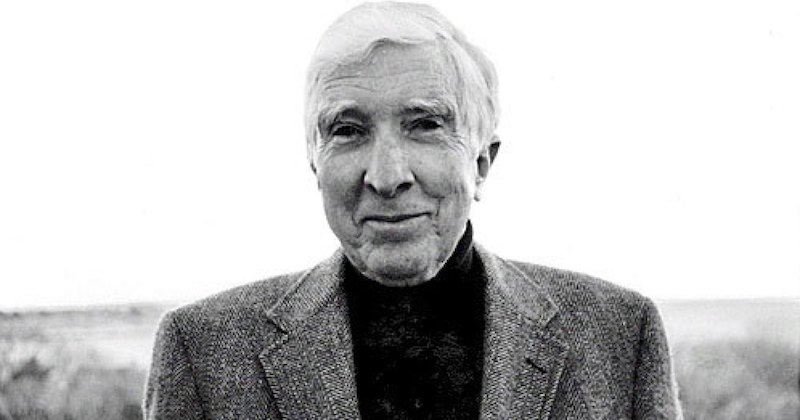 Here are a few of John Updike’s kindest, most cutting literary pans.

John Updike, with one notable exception, was an incredibly kind reviewer. Patricia Lockwood, in her London Review of Books survey of Updike’s work, observed Updike’s criticism “was not just game and generous but able, as his fiction is not, to reach deeply into the objectives of other human beings.” In the introduction to his 1975 collection Picked-Up Pieces, his list of rules for literary criticism began thus: “Try to understand what the author wished to do, and do not blame him for not achieving what he did not attempt.”

This empathy is also what makes his criticism so cutting, when it is: it’s done with a deep understanding of the reviewed work’s goal, and a generosity and willingness to praise what is good. I see what you’re attempting, a noble task, says the review; Here are your many good qualities; and, before I go, I noticed that you have—by the rules you’ve set out for yourself—a tiny problem which knocks down the house of cards that is your book. Like a kind coach clapping the authors he reviews on the shoulder, saying, Better luck next time! Here are some of Updike’s kind-but-unkind takedowns:

On Salman Rushdie’s Shalimar the Clown:

Verbal hyperactivity of the sissy-Assisi sort nudges the hip reader on page after page . . . James Joyce and T. S. Eliot established brainy allusions as part of modernity’s literary texture, but at the risk of making the author’s brain the most vital presence on the page . . . His fascination with fame and theatricality, movies and rock music . . . gives his fiction a distracting glitter, like shaken tinsel.

On Flann O’Brien’s career and At-Swim-Two-Birds:

His novels begin with a swoop and a song but end in an uncomfortable murk and with an air of impatience . . . The elder Trellis is kept immobilized in his bed by surreptitiously drug-induced sleep while his characters, including a number of American cowboys recruited from the novels of one William Tracy, run wild. At least, that’s what I think is happening.

[The novel,] on its local ground, seems thinner, overextended, and sentimentally watery . . . Foer is, I would say, a naturally noisy writer—a natural parodist, a jokester, full of ideas and special effects, keen to keep us off balance and entertained. The novel’s very title, “Extremely Loud and Incredibly Close,” suggests the kind of impact he wants to make on the reader. But a little more silence, a few fewer messages, less graphic apparatus might let Foer’s excellent empathy, imagination, and good will resonate all the louder.

On Robert Alter’s translation of The Five Books of Moses:

In this age of widespread education and flagging creativity, new translations abound.

Ray Finch, the hero of Norman Rush’s lengthy new novel, “Mortals,” finds many things annoying . . . Iris and Ray have been married for seventeen years, and she gives signs of having the seventeen-year itch. This is less surprising to the reader than to Ray, who is perhaps the most annoying hero this reviewer has ever spent seven hundred pages with.

. . . It is annoying, one could say, that a novel demonstrating so acute, well-stocked, and witty a sensibility is such a trial to read.

On Tom Wolfe’s A Man in Full:

A Man in Full . . . amounts to entertainment, not literature, even literature in a modest aspirant form. Like a movie desperate to recoup its bankers’ investment, the novel tries too hard to please us.

Well, that one was mean. Happy birthday, John Updike!