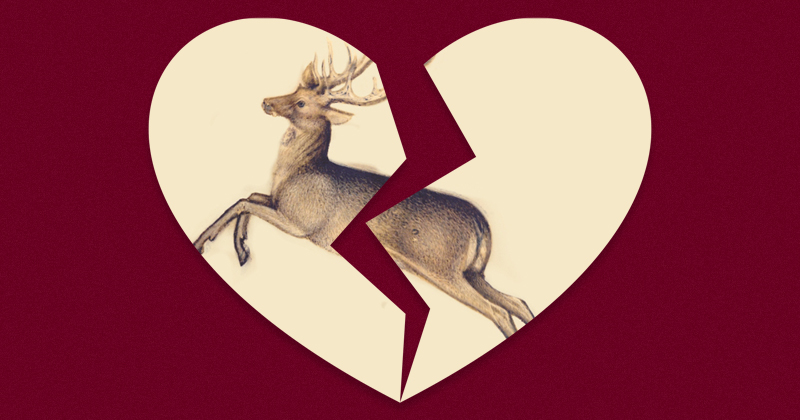 Here are 10 Sharon Olds poems you can send to your ex.

Sharon Olds, whom Billy Collins called the “poet of sex and the psyche,” turns 79 today. I first came across Olds’ work in a poetry workshop during my final year in university. It was a cold, wintry day, and we (four poetry geeks) were sitting around talking about the most scathing break-up poems we’d stumbled across, because, well, one of us was going through it and needed an antidote in poem form. It was almost inevitable that Olds would come up; her work in Stag’s Leap, which won the Pulitzer in 2013, is a poignant exploration of the love and loss of a 30-year marriage, and its residual pain and memory.  So in honor of Olds’ birthday (and because it’s still Sad Girl Autumn for those who celebrate) I wanted to share my favorite lines from 10 poems from Stag’s Leap that encapsulate all the shame, heartbreak, anger, nostalgia, and sadness of a break-up—that, if you’re so brave and willing, you can text to your ex. (Or just read them for yourself—that’s an option too.)

For days when you feel disappointed :

I want to say to him, now, What
was it like to love me—when you looked at me,
what did you see? When he loved me, I looked
out at the world as if from inside
a profound dwelling, like a burrow, or a well, I’d gaze
up, at noon, and see Orion
shining—when I thought he loved me, when I thought
we were joined not just for breath’s time,
but for the long continuance,
the hard candies of femur and stone,
the fastness.

I let him go, I lay and stretched on love’s
fucking stretcher, and let him wander on his
own the haunt salt mazes. I thought
wherever we were, we were in lasting love—
even in our separateness and
loneliness, in love—even the
iceberg just outside the mouth, its
pallid, tilting, jade-white
was love’s as we were. We had said so.

And I had clothed him
with my body and been clothed with him, again,
again, unquestioned, not fully seen,
not fully wanting to see. And now,
the image of him has gone inside
the raw closet, the naked bulb’s
blazing golden pear beside his
August-island shaggy head.

For when the shame creeps up:

to be known to be left
by the one who supposedly knew be best,
swimming, swimming, holding my head up,
smiling, joking, ashamed, ashamed,
like being naked with the clothed, or being
a child, having to the try to behave
while hating the terms of your life.

–from “Known to Be Left”

For when you’re going through their things:

As I add to the stash which will go to him,
I feel as if I’m falling away
from family—as of each ponderous
object had been keeping me afloat. No, they were
the scenery of the play now closing,
lengthy run it had.

For when you really try not to reach out:

Minute by minute, I do not get up and just
go to him—
by day, twenty blocks away;
by night, due across the city’s woods where night-crowned heron sleep.
It is what I do now: not go, not
see or touch. And after eleven
million six hundred sixty-four thousand
minutes of not, I am a stunned knower of not.

–from “Not Going to Him”

For when you start to feel some kind of closure:

Hist first
mate was a husky pup, who died,
from the smoke, in a fire. Someone asked him,
once, to think from the point of view
of the flames, and his face relaxed, and he said,
Delicious. I hope he can come to think
of me like that.

Seeing you again, after so long,
seeing you with her, and actually almost
not wanting you back,
doesn’t seem to make me feel separate from you.

–from “Running into You”

What if someone had told me, thirty
years ago: If you give up, now,
wanting to be an artist, he might
love you all your life—what would I
have said? I didn’t even have an art,
it would come from out of our family’s life—
what could I have said: nothing will stop me.