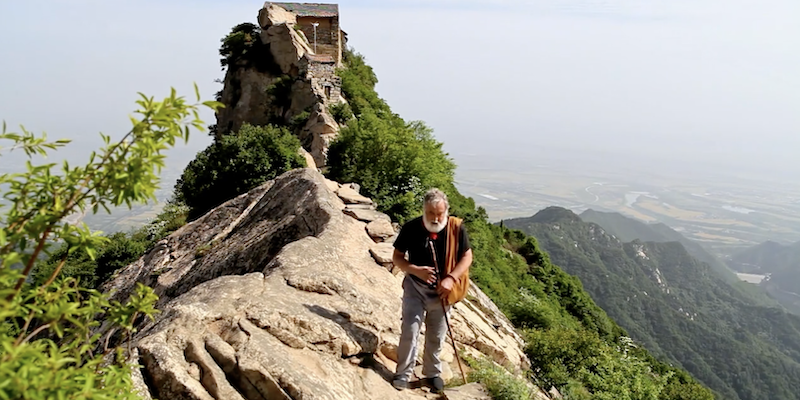 This seems like a cause worth supporting, if you’re able: Copper Canyon Press has launched a Kickstarter to help fund two projects featuring Red Pine, whose work translating Chinese poetry and Buddhist texts has reached audiences around the world.

He is a best-selling author in China, with books about mountain hermits and travel narratives on visiting the graves of Chinese poets. Red Pine is also an eccentric character and world-class raconteur with a storied past: his father was a bank robber, he flunked out of college, dropped out of graduate school, and spent years in a Buddhist monastery in Taiwan. He has traveled extensively through China, where he has produced more than a thousand radio programs for English-language stations in Taiwan and Hong Kong. As a translator, he has won fellowships from the National Endowment for the Arts and the Guggenheim Foundation, as well as awards from PEN America and the American Literary Translators Association.

The publisher is trying to raise $80,000 to support Red Pine: Dancing with the Dead, an anthology of Red Pine’s work, as well as the final stages of production for Dancing with the Dead: The Life and Times of Red Pine, a film directed by Ward Serrill and produced by Rocky Friedman and Woody Creek Pictures. In a press release about the campaign, Copper Canyon noted that publishing costs include “editorial, printing, promotion, distribution, and especially paper costs, which have risen approximately 45% over the past year.”

For more, check out the campaign here.