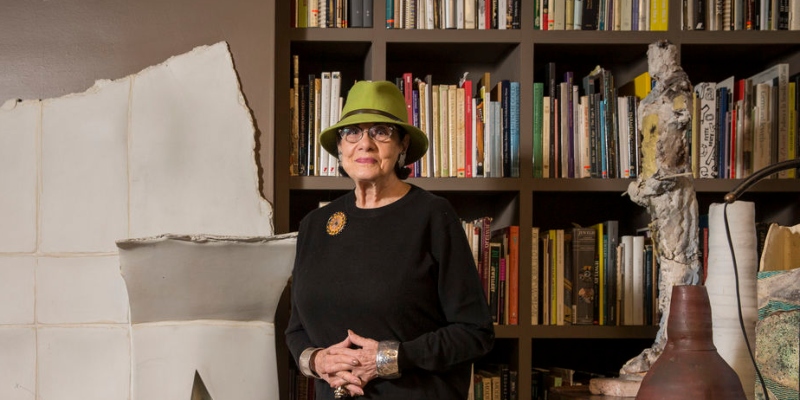 Helen Drutt English on the Essentialness of
Creating by Hand

On Episode 140 of The Quarantine Tapes, guest host Naomi Shihab Nye is joined by Helen Drutt English. Helen is a longtime champion of the contemporary craft movement. She and Naomi discuss her history with crafts and collecting, digging into the tension between mechanization and handmade objects in the 20th century. Helen and Naomi lift up the value of rituals in these months of quarantine. They talk about the positives of isolation, from improved concentration to time to connect more deeply with friends. Finally, Helen shares a fascinating recent discovery found sorting through the materials in her own basement.

Naomi Shihab Nye: Helen, could you talk to us about—and I think this is something maybe we’ve had more of a chance in our quietude and isolation to contemplate in our own places, if we’re lucky enough to have places to live in—talk about the instinct, the passion in many human beings to collect things. I read about a placemat in Canada long ago that launched your collector’s eye. There was something about the weave or the colors of placemat. I thought that was so gorgeous, that it could be traced to a placemat. Could you tell us about that?

Helen Drutt English: I still have it. I was in the Laurentian Mountains and I was in a gift shop and there was a placemat and napkins, and they were handwoven. And I couldn’t believe—handwoven placemats? I didn’t think that people wove placemats anymore. And I had been a student at Tyler [School of Art and Architecture], and we had a textile department. But the professor and the students were working on large textile structures and elements. Nobody was sitting at a loom, weaving a placemat or a linen cloth. And I was very taken by that.

NSN: It grabbed you?

HDE: Yes, it did grab me. And then from there, I went to visit George Nakashima in his studio in 1954 or ’55. He had created his amazing woodworking studio outside of New Hope, Pennsylvania. And here was a man who was making, designing, and creating furniture by hand. He had a studio with three or four assistants, but the concept was that the hand was an internal part of the creation of the work.

And I realized that something was happening because at one point, Arthur Drechsler at MoMA said that objects that were being made in the 20th century would all be made by industry and would be industrially made. And then the GIs came back, and they wanted to find a way to be in control of their own life, their own creativity, and the hand became very important. The hand was a kind of symbol of survival in a mechanized society. Here we were with people potting again and creating furniture, and they were weaving and they were making objects for use, objects for the home, which eventually grew into another phase in which the crafts became part of the mainstream art society as well.

Helen W. Drutt English (Helen Drutt) was Founder/Director of her eponymous gallery in Philadelphia, Pennsylvania (1973–2002), which was among the first galleries in the United States to make a commitment to the modern and contemporary craft movement. In 1979, American Craft magazine stated that the gallery was to crafts, what Alfred Stieglitz’s Gallery 291 was to photography, earlier in the twentieth century. Drutt developed the first syllabus for a college-level course in the history of the field in 1973. She has published numerous essays; conceived many exhibitions, e.g., Brooching It Diplomatically: A Tribute to Madeleine K. Albright (1998), Poetics of Clay: An International Perspective (2001–03), Challenging the Châtelaine! (2007–09); and curated American studio jewelry for the Museo del Gioiello, Vicenza, Italy (2016–18).

In 1984 Drutt established the Maurice English Poetry Award (MEPA), which has supported a yearly award for a distinguished book of poetry (1985–2005) and annual poetry readings (2006–present). In 2012 she established the H. Peter Stern Lecture under the auspices of the World Monuments Fund, given semi-annually. In 2020, Drutt announced that she is donating her expansive collection of art books to Temple University. Drutt has received numerous awards and three honorary degrees. She is a trustee of the Archives of American Art, Smithsonian Institution; Fellow of the American Craft Council; and a recipient of the Distinguished Educator’s Award 2018, James Renwick Alliance, Smithsonian Institution, Washington, D.C. Drutt is currently researching a book that documents activities central to the craft field from 1960 to the present. 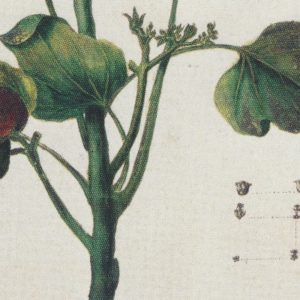