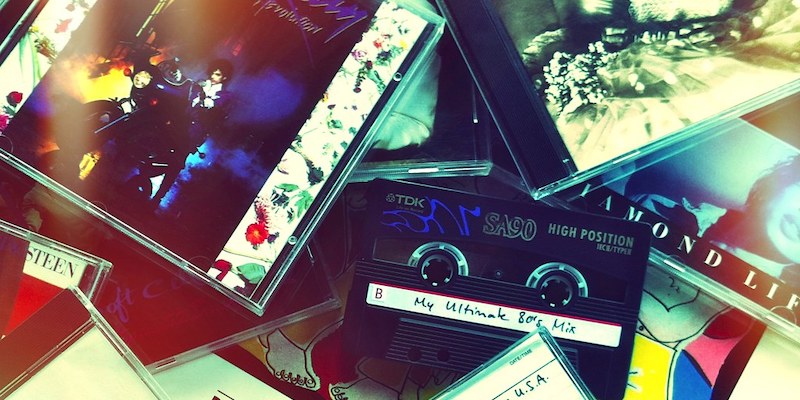 Mesha Maren on Finding the Flow of a Book

In the spring of 2019, I found myself tangled up in a writing riddle that on the surface seemed easy to solve but which became more and more difficult the longer I looked at it. I couldn’t figure out how to order, or re-order, the chapters in my book. It seemed like a stupid problem to have, a problem I ought to be able to solve quickly. My first novel had just been published and I’d waded my way through all sorts of editorial wastelands with that one but this was a new problem. My agent had given me notes on my latest manuscript and in those notes he said something was off about the order of the chapters. His notes echoed almost exactly what my partner had said to me upon reading any earlier draft. My partner and my agent are the two people I trust most with my writing. Something was wrong.

The new novel, Perpetual West, followed three characters: Elana, an English major from small-town Virginia; her husband, Alex, a graduate student in sociology at the University of Texas in El Paso; and Mateo, a wrestler from Juárez whom Alex meets through his sociological study of lucha libre. Each of these characters had their own chapters, all narrated in close third person. I knew the book opened with a scene of Alex and Elana arriving at the border. This scene was told in a more omniscient voice but one that clung slightly to Elana. But then what? When I drafted the thing, I had jumped immediately to Mateo. It felt right because I wanted to the reader to know as quickly as possible that this story was not only about Alex and Elana. Also, Mateo’s chapter occurred next chronologically. But my most trusted readers said this was the wrong move. An even earlier draft had begun with complete omniscience—a bird’s-eye view of the entire region. Maybe that had been the better move?

I was making no headway—so I set the manuscript aside for a while and focused instead on preparing for the creative writing classes I was going to teach at my new job in the fall. I spent my afternoons reviewing notes I had taken on the classes I taught the previous year while in residency at UNC Chapel Hill and one day I stumbled onto a scribbled marginal scrawl that read, “Ask students if anyone still makes mixtapes?”

I had never followed up and asked my students this question, but I knew the idea had something to do with structure and constraint. Each side of a cassette gives you 45 minutes to work with: you pick the songs that fit, and they come together as something larger than their singular selves. I mentioned it offhand to my partner at dinner. “Maybe I should make my new students make mixtapes,” I said. “When’s the last time you made a mixtape?” he asked. I laughed; it had definitely been a long time.

I was suddenly free of the “logical order” I had thought was so important.

The idea stayed with me, though, and as I still wasn’t solving the riddle of my new novel, I decided I’d try out the assignment idea. Mixtapes had been a crucial means of communication when I was in my early twenties. We made crush tapes, friend tapes, breakup tapes, and make up tapes. I remembered afternoons spent examining the subtext of songs on tapes that had been gifted to me. Does Magnetic Fields’ “Strange Powers? Mean she has a crush on me, or did she just mean it as a fun, playful, pop song? It’s followed by The Smiths “There is a Light That Never Goes Out,” so definitely crush, right?

I started my own mixtape with nostalgia as the main note. Hope for Agoldensummer. I wanted a song that would evoke the height of my mixtape making days but I also wanted something slightly neutral, not too hard or too soft or too loud or too sad. “Laying Down the Gun” fit the bill and I followed it up with Blonde Redhead’s “In Particular,” a song that was also reminiscent of that time and made a good tonal transition, but then went in a very new direction as soon as Kazu Makino’s voice came in. Next, I wanted something surprising that would harmonize while serving as a bridge towards something new. I reached for Black Sabbath and decided on “Orchid.” The “new”’ that “Orchid” was reaching towards had to be something bold, unexpected but also logical: King Crimson’s “21st Century Schizoid Man.” But then King Crimson took it so far, I couldn’t keep going in that direction, I needed a step down out of the fervor. David Bowie’s “Starman.”

It was somewhere around this point in my mixtape making process that I realized that I should be thinking about my novel chapters in the same way. I should stop thinking about what came next in terms of the linear story of my novel or how to introduce all my characters as quickly as possible. I should be thinking about moods and transitions. Songs Ohia’s “Coxcomb Red” after “Starman,” because I wanted dark sincerity, then Johnny Cash’s “I Hung My Head” to keep the sincerity going, but in a new direction that wasn’t love. And Metallic because I wanted the challenge of it—how to match up Johnny Cash (covering a Sting song) with Metallica. The answer was the slow build in “Fade to Black.”

This wasn’t just a quirky assignment to give my students. There really was something there about structural principles that I myself could learn from this. I thought of a quote I read in grad school from Hortense Calisher about order in short story collections and how the pieces affect one another: “The presence of neighbors changes it. Worlds meant to be compacted only to themselves, bump. Their very sequence can do them violence.”

In my first novel, I hadn’t had to worry about this issue as much. The chapters had nearly all been narrated by one person. The chapters narrated by someone else—her girlfriend—were very clearly set in time, and they could not be shifted and still make sense. But now, with three narrators, three timelines merging at certain points into two timelines and then diverging once again, I had a lot of structural choices to make—and suddenly, it was very clear to me that I should focus on textures and moods.

With my mixtape in mind, I went to work editing. If the second chapter opened with the public-facing hustle and bustle of a restaurant job, then maybe the third could turn to the private relief of saying goodbye and the fourth to the even deeper privacy of dreams. If the second chapter closed with a moment of closeness between Elana and Alex, then the next could open with a bittersweet temporary separation. I was suddenly free of the “logical order” I had thought was so important, and as a result, my chapters did not need to go Mateo-Elana-Alex-Mateo-Elana-Alex. I pulled Elana offstage for a while and kept her there while the story drove ahead with Alex and Mateo and then I pulled her back in and paralleled her return with their disappearance. It was fun. It was hard. It was like making a mixtape for the crush I had on all of my characters at once. 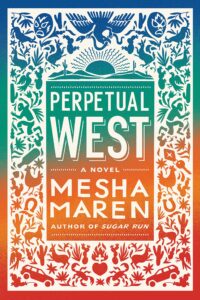 Perpetual West by Mesha Maren is available via Algonquin Books.

Mesha Maren is the author of the novel Sugar Run. Her short stories and essays have appeared in Tin House, The Oxford American, The Guardian, The Southern Review, Ecotone, and others, as well as in Hobart, Forty Stories: New Writing from Harper Perennial, and elsewhere. She was the recipient of the 2015 Thomas Wolfe Fiction Prize, a 2014 Elizabeth George Foundation grant, an Appalachian Writing Fellowship from Lincoln Memorial University, and fellowships from the MacDowell Colony and the Ucross Foundation. She was the 2018-2019 Kenan Visiting Writer at the University of North Carolina at Chapel Hill and is an Assistant Professor of the Practice of Creative Writing at Duke University. She also serves as a National Endowment of the Arts Writing Fellow at the federal prison camp in Alderson, West Virginia. 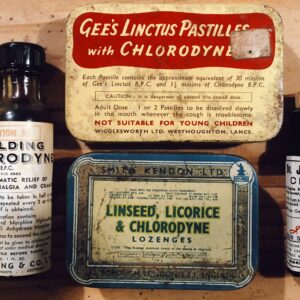 The Great War was a short one for the United States. But in sixteen months of fighting alongside the Entente powers, 116,000...
© LitHub
Back to top
Loading Comments...