Because Google’s recently released AI poem generator, PoemPortraits, wouldn’t let me mess around with words like “Winterfell” or “Night King,” I decided to make a poem using four words I don’t particularly like: scrunch, dank, smarmy, and orc. 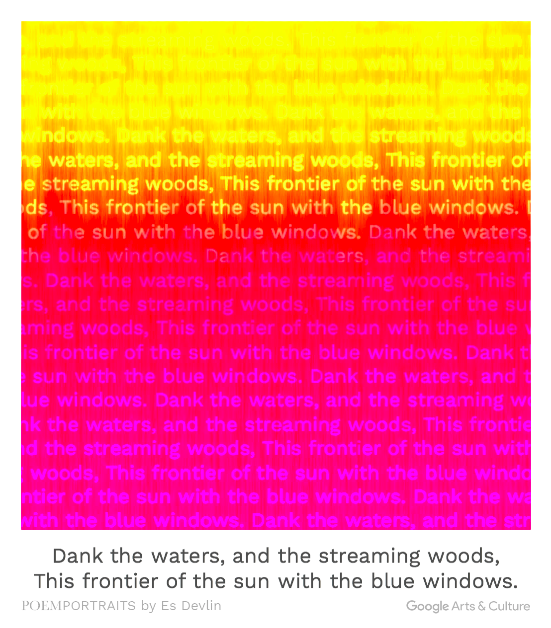 The idea behind the app, which was jointly conceived by artist and stage designer Es Devlin and the creative technologist Ross Goodwin, is for users to “donate” a single word to an ongoing, collective poem. The word you enter will be integrated in a randomly, or rather, algorithmically-produced couplet based on a scanning of more than 20 million words of 19th-century poetry. 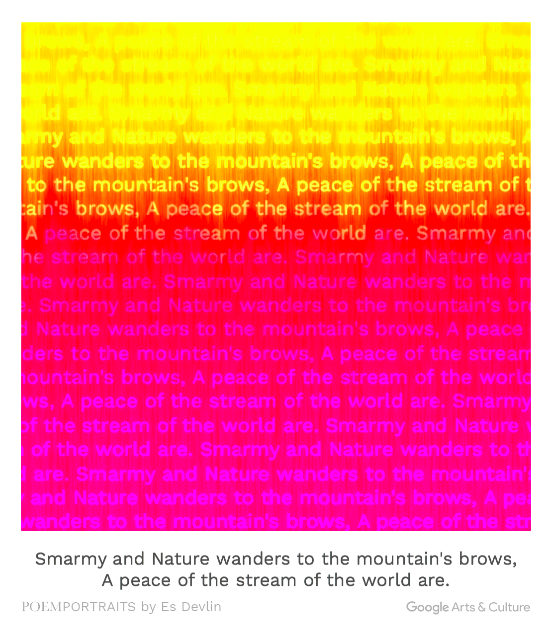 It is also, weirdly, being advertised as “one of the first in-browser selfie filters that responds to the shape of your face.” So, if you really want to have a poem overlaid on your face, you can grant the app access to your camera and—voilà! 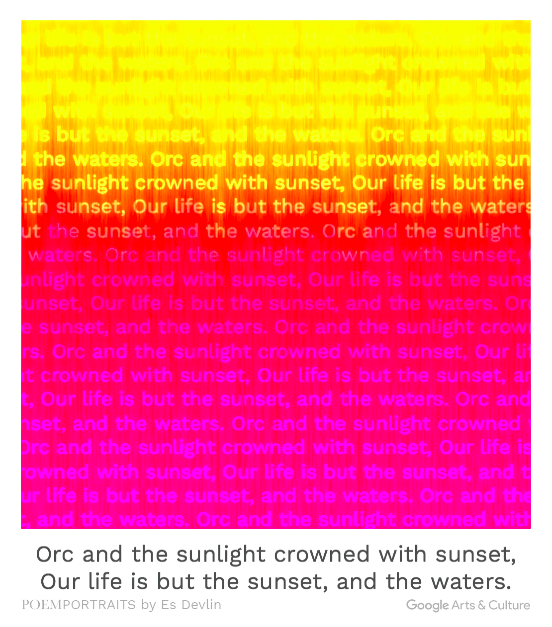 Call me a conspiracist, but I’ll stick with words alone in my machine-produced poetry. 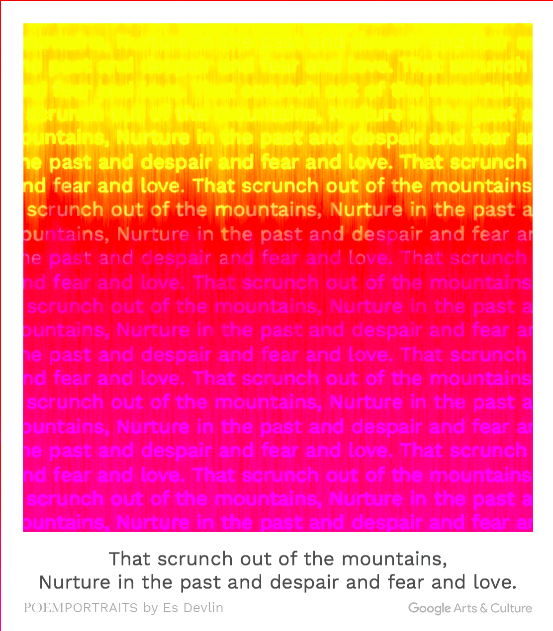 And now, the untitled poem in its entirety:

Dank the waters, and the streaming woods,
This frontier of the sun with the blue windows.

Smarmy and Nature wanders to the mountain’s brows,
A peace of the stream of the world are.

Orc and the sunlight crowned with sunset,
Our life is but the sunset, and the waters.

That scrunch out of the mountains,
Nurture in the past and despair and fear and love.