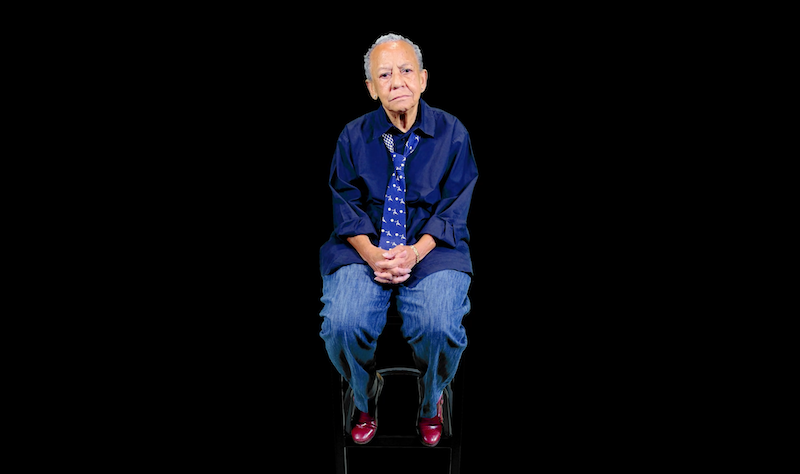 Have you always wanted to have a conversation with an AI version of poet Nikki Giovanni?

Well. Umm. Now’s your chance? Personally, it never occurred to me that I might have a midday chat with an AI version of poet Nikki Giovanni, but now—thanks to StoryFile’s Black Voices Collection—I can!

Honestly, it’s not quite as weird as it sounds. StoryFile filmed a group of prominent Black elders—artists, activists, politicians—answering scores of questions, and looped them all into a program that presents something like a seamless interaction (don’t worry about any uncanny valley vibes).

When I nervously clicked the “Talk to Nikki Giovanni” button I was delighted to meet a charmingly dressed Giovanni perched atop a stool, looking expectant and focused, ready for whatever question I might ask (Giovanni had answered 156 questions in preparation for the program). Out of a surplus of politeness I said, “Hi Nikki!” but apparently the audio translated it to “Heineken,” which was confusing to AI Nikki as I clearly had no beer to offer. As my diction improved, though, the conversation got better.

I proceeded to ask how she was doing (“I’m fine, thanks.”), and then complimented her tie (“I don’t have an answer to that question right now.”). With the small talk out of the way I asked AI Nikki about her favorite poet, and she told me she doesn’t really have a favorite author, and that she prefers to read for themes, “history and space” in particular. She’s not a fan of murder mysteries (“it’s stupid to me”), and she also “hates movies.” This last detail was revealed through a long and fascinating disquisition on Gone With the Wind, both the book and the movie, and what they got wrong—she described Scarlett O’Hara as “just somebody whining about something that should have never been.”

Then, to keep things light, I asked AI Nikki about her favorite food and she described her favorite meal to me… and it was a delight! She loves rack of lamb (“roasted, or grilled in the summer”) with fresh corn and okra (“my okra didn’t come up so good this year”), along with a salad and some homemade biscuits (“I’ve been learning to make biscuits, but will never make them as pretty as my grandmother’s”). AI Nikki is not a fan of dessert, though.

Finally, I thought I’d ask how AI Nikki became a poet and she said, “I didn’t. I just ended up one because I didn’t have any other skills. I couldn’t dance, I couldn’t sing, so I just watched. And if you just watch, you end up as a writer. It’s what we do.”

Despite how weird it was at first I actually found the whole experience rather lovely; in fact, I still have the window open with AI Nikki Giovanni perched atop that stool, waiting for another question. It’s kind of reassuring.