Have We Ever Had Enough Time to Read?

For Women of the 18th Century, the Answer is a Resounding "No"

Literary history can seem full of women frustrated with their lack of time for reading. Florence Nightingale rails in Cassandra (1852) against the way women are constantly interrupted and never protected in their study, complaining that “there is no time appointed for this purpose and the difficulty is that, in our social life, we must always be doubtful whether we ought not to be with somebody else or be doing something else.” Virginia Woolf makes this frustration into the beautiful manifesto, A Room of One’s Own (1929). Few, however, seem quite as angry about their lack of time as Catherine Talbot. She rages in her unpublished journals about not having enough time, she muses on her lack of time in her published pieces of writing, and she makes time a constant theme of her letters to Elizabeth Carter.

As friends, Talbot and Carter had much in common. Neither married, both belonged loosely to what we now think of as the Bluestocking Circle, both knew Samuel Richardson and Samuel Johnson, and both were nourished to different degrees by their Christian faith. But Talbot’s situation was particular because she grew up under the protection of her father’s friend, the Bishop Secker, and was obliged to him for including her in his busy, affluent, and often very public household. The intensity of this situation comes out at one point when Talbot erupts in fury at Carter’s failure to understand that her business is of a special degree: “You suppose that when I complained of wanting leisure I had several hours. You forget that you rise three hours earlier than I am allowed to do; that we visit 18 families at from three to 14 miles distant, and 20 I believe in Oxford, and are besides eternal riders, walkers, and airers. That I have many correspondents, and cannot for my life write short letters. And with all that crowded together, at first I had scarce one hour.”

Comparing her own days to Carter’s more provincial and less privileged ones, Talbot describes a round of social and secretarial duties requiring her attention as adjunct to Secker’s ecclesiastical role. As often as Carter urges her to see the advantages of social life in London, Talbot complains of the disadvantages of that life to scholarship. Her letters appear as written under impossible conditions: “I have absolutely no time,” she begins one letter to Carter, “well, that is no matter, for positively you shall write to Miss Carter, before you are half an hour older—half an hour, why in that half hour I have half an hundred things to do.”

At various points Talbot rails as fully as any 18th-century Christian woman could against a system that precludes her from having what Nigel Thrift calls her “own time.” “How much rather would I stay at home this evening and study,” she exclaims to Carter, “than to go out shivering in the cold and to pay half a score of unedifying visits.” Although Talbot was recognized early on as a literary teenage protégée and valued by Secker as an interlocutor throughout her life, she found it harder as she grew older to justify her education. And while she played key roles in literary coteries that Betty Schellenberg identifies as two of the most important of her day—the one that formed in the late 1750s around Elizabeth Montagu, and the one around Samuel Richardson—Talbot was a conservative producer of manuscript and wary of writing for even limited publics. She complains to Carter that what skills she has cannot endure the life she’s obliged to lead: “By some means or other my golden hours are all engrossed and I cannot help feeling a perpetual dissatisfaction—feeling that my little genius was not made to take in so large a round, even of proper and laudable engagements.”

In 1758, Secker became Archbishop of Canterbury and his household moved to Lambeth Palace in Westminster, whence Talbot writes with increased frustration about the fact that her days have become even more strictly scheduled. Her evenings and weekends now offer more limited freedom: “I am glad enough in the evening of two or three solitary hours to read and write. Indeed, I seldom have as much, admitted into the study between eight and nine.”

“How much rather would I stay at home this evening and study than to go out shivering in the cold and to pay half a score of unedifying visits.”

Talbot’s sense of failure to command her own time, and her tones of anger and frustration, support Rhoda Zuk’s description of her “relegation to a round of undervalued employments.” Talbot’s “unhappy resignation to her role of modestly but variously occupied lady,” Zuk argues, “paralyzed her confidence and even generated despair.” Sylvia Myers and Emma Major both see her in similar terms, as tragically interred in the work that comes with her role as an unmarried woman within Secker’s family. They remind us of the independence she lacks structurally and of the difficulties any woman faced, even in this relatively fertile period for women writers.

It’s worth noting that Talbot’s days of work are not those of real laborer poets like Mary Leapor or Stephen Duck, whose careers she knew well. The work that distracts Talbot is generally deskwork or socializing, much of which Carter registers with envy as providing her a life of constant interest. As secretary, scribe, and conversationalist in a household where reading aloud was routine, Talbot is actually in contact with texts during many of the hours she longs to spend alone with books of her own choice. While she wants to do more substantial bouts of reading, the “thousand minuntie [sic]” that take her time are often texts: “Bills of fare, messages, letters of mere business, are Sybil’s leaves dispersed by the breeze of the every day.” On May 11, 1751, her journal describes a day spent writing “useful” letters, taking a long walk during which she reads Milton, and reading aloud after meals. This is hardly a life in which she is deprived of books.

It might be useful here to compare Talbot to Edward Gibbon, someone whose gender, class position, and standing as a historian means that we think of him as having very different advantages than Talbot. On the face of it, he certainly had opportunities Talbot lacked: he was sent to university and inherited the profits of a large estate. But he loathed university life and struggled, both in his life in London and in his time in the militia, to find time to study: “My literary leisure was much less complete and independent than it might appear to the eye of a stranger.” As a soldier, Gibbon undergoes an eight-month period during which, “amid the perpetual hurry of an inn, a barrack, or a guard-room, all literary ideas were banished from my mind.” Upon his return to civilian life, he reports on his delight at being restored to the “pleasures of reading and thinking” after this period is over. In the bustle of London he was often without books, and while he had them at his father’s estate in Hampshire, he complains of his days there, “I was not master of my time.” In his youth, the pleasures of his Hampshire library were mitigated by “the restraint imposed on the freedom of my time”:

By the habit of my early rising I always secured a sacred portion of the day, and many scattered moments were stolen and employed by my serious industry. But the family hours of breakfast, of dinner, of tea, and of supper were regular and long; after breakfast Mrs. Gibbon [his stepmother] expected my company in her dressing-room; the newspapers; and in the midst of an interesting work I was often called down to receive the visit of idle neighbors. Their dinners and visit required, in due season, a similar return, and I dreaded the period of the full moon, which was usually reserved for our more distant excursions.

This comparison doesn’t detract from Talbot’s complaints, but it does help situate them in a context where even the most privileged readers felt the difficulty of spending long stretches of time reading alone. It also confirms Clarke’s more general point, that when Talbot writes didactically of the desirability of redeeming time better, she touches on a topic that resonated with many whose conditions were quite different from her own. 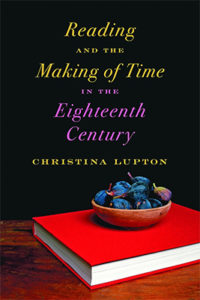 From Reading and the Making of Time in the Eighteenth Century. Used with permission of Johns Hopkins University Press. Copyright © 2018 by Christina Lupton.

Christina Lupton is an associate professor at the University of Warwick. She is the author of Knowing Books: The Consciousness of Mediation in Eighteenth-Century Britain.

When Kevin Kwan Realized
He Could Be Funny 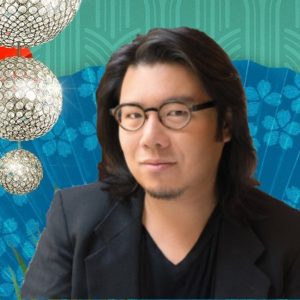 When Kevin Kwan Realized
He Could Be Funny

WS: Hi. I’m Will Schwalbe, and this is But That’s Another Story. I’m not one of those readers who feels compelled to visit...
© LitHub
Back to top
Loading Comments...