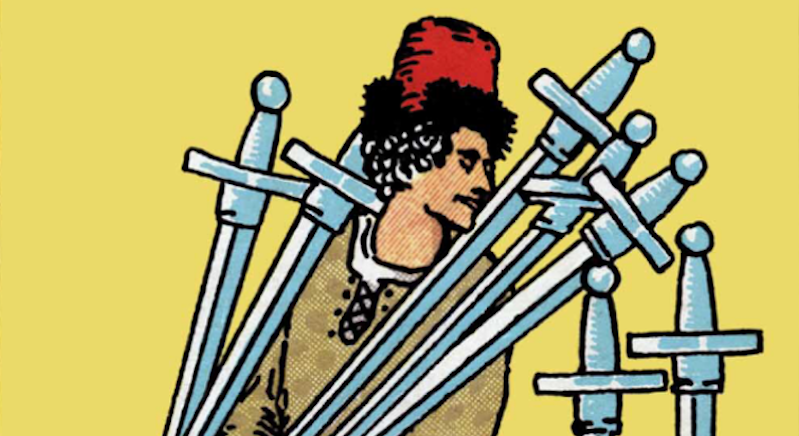 Has anybody seen some loose ceremonial swords? The Truman Presidential Library wants them back.

Have you seen some ceremonial swords where they shouldn’t be? What if you saw them 43 years ago? Well, you’re in luck: as of today, the Kansas City FBI is offering a $10,000 reward for information on the location of several ceremonial swords and daggers stolen from the Truman Presidential Library in . . . 1978.

The FBI is offering up to $10k for info leading to the recovery of swords stolen from the Truman Presidential Library or the arrest of the individuals responsible. Anyone with info is asked to contact FBI Kansas City directly at (816) 512-8200.https://t.co/buLN44EnDu pic.twitter.com/VuUcjepOAo

Back in 1978, says the FBI’s post, two suspects stole three ceremonial swords and two daggers given to President Truman by the Saudi Arabian Crown Prince Saud and the Shah of Iran, valued between $700,000 and $1 million at the time. Around 6:30 am on March 24th, a car pulled up near the south gate of the library, and two suspects broke in and smashed the display case holding the five weapons, grabbed them, and escaped through a window in just two minutes.

Again, this happened in 1978. So if you saw a car pulling up near the south gate of Truman Presidential Library in 1978, contact the Kansas City FBI when you can.

All procrastinators can understand this delayed sword recovery effort, and appreciate the courage it takes to finish a task after waiting for a long time—better late than never. And those swords were valuable! So if you’ve seen some ceremonial swords lying around, or five snakes of varying lengths that look suspiciously rigid, or if you’ve noticed your friend’s golf clubs are weirdly sharp and pointed, or if you know a stolen sword enthusiast, alert the Kansas City FBI. No rush, though. Just get back to them in the next 43 years.