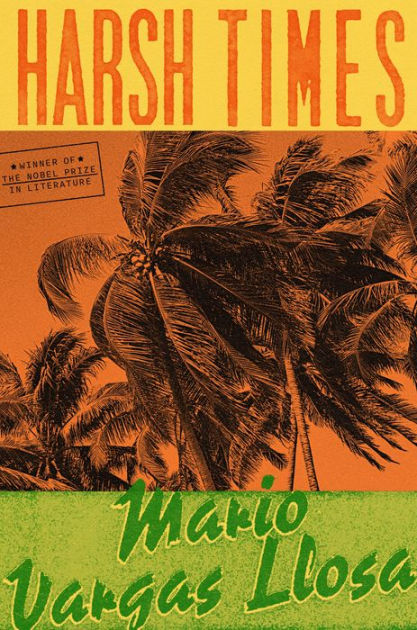 The following is excerpted from Harsh Times, a new novel by Mario Vargas Llosa, translated from the Spanish by Adrian Nathan West. Mario Vargas Llosa is Peru's foremost author and the winner of the 2010 Nobel Prize in Literature. In 1994 he was awarded the Cervantes Prize, the Spanish-speaking world's most distinguished literary honor, and in 1995 he won the Jerusalem Prize.

Miss Guatemala’s mother came from a family of Italian immigrants named Parravicini. After two generations, the surname was shortened and Hispanicized. When the young jurist, law professor, and attorney Arturo Borrero Lamas asked for the young Marta Parra’s hand in marriage, rumors started circulating in Guatemala’s high society because, to all appearances, this offspring of Italian tavern keepers, bakers, and pastry chefs failed to measure up to the status of the handsome young man whose venerable family, professional prestige, and fortune made him the favorite of all the well-bred girls of marrying age. With time, the gossip died down, and when the wedding was held in the cathedral, officiated by the city’s archbishop, nearly everyone who mattered was in attendance, some as invited guests, others as onlookers. The eternal president, General Jorge Ubico Castañeda, was there, arm in arm with his gracious wife, in an elegant uniform spangled with medals, and amid the multitude’s applause, they had themselves photographed with the bride and groom standing before the facade.

With regard to descendants, the marriage was an unfortunate one. Martita Parra became pregnant each year, but however much she took care of herself, she only gave birth to a series of skeletal boys who emerged half dead and succumbed in a matter of weeks or days, in spite of the best efforts of the city’s midwives, gynecologists, and even witches and shamans. After five years, these endless frustrations abated, and Martita Borrero Parra came into the world. Even in the crib, she was beautiful, lively, and vivacious, and they nicknamed her Miss Guatemala. Unlike her brothers, she survived. And how!

Miss Guatemala’s mother, Marta Parra de Borrero, got little joy from her daughter, the only one of her children to survive.

She was born scrawny, nothing but skin and bones. What people noticed, even from those very early days when they were having Masses said for the newborn so her fate would be different from her brothers’, was the smoothness of her skin, her delicate traits, her big eyes and that tranquil gaze, firm and penetrating, which settled on people and things alike as though determined to engrave them in her memory for all time. A disconcerting, frightening stare. Símula, the K’iche’ Maya Indian who would be her nursemaid, prophesied: “This child will have powers!”

Miss Guatemala’s mother, Marta Parra de Borrero, got little joy from her daughter, the only one of her children to survive. Not because she died soon afterward—no, she would live to 90 and end her days in a nursing home with little idea of what was going on around her—but because, after the girl was born, she was left weary, mute, depressed, touched (as they used to say then to speak euphemistically of the mad). She spent whole days immobile at home, not uttering a word; her maids Patrocinio and Juana fed her by hand and massaged her to keep her legs from atrophying; she would only emerge from her silence in occasional fits of tears that ended in exhausted oblivion. Símula was the only one she communicated with, in gestures, or else the servant simply guessed her whims. With time, Dr. Borrero Lamas forgot he had a wife; days would pass, then weeks, without his entering her bedroom to kiss her on the forehead, and every hour he wasn’t at his office, pleading before the court, or giving classes at San Carlos University he devoted to Martita, whom he fussed over and adored from the day of her birth. The girl grew up by her father’s side. On the weekends, when his home was filled with highborn friends—judges, landholders, politicians, diplomats—who came to play rocambor, a card game popular a century before, he would let Martita run free among his guests. Her father liked to watch how she pinned his friends in her verdigris eyes, as if determined to extract from them some secret. Anyone could pat or tickle her, but with the exception of her father, she was reluctant to respond with a kiss on the cheek or any other show of affection in return.

Later, recollecting those first years of her life, Martita had hardly any memory—as if it were a flame that flared up and died out—of the political turmoil that overtook the conversations of those gentlemen who came by on the weekends to play a card game from another era. She heard confused acknowledgments, around 1944, of the unpopularity of General Jorge Ubico Castañeda, the grandee strewn with medals and gold braid, and now civilian and military movements and student strikes were working to depose him. They achieved this in the famous October Revolution of that same year, when another military junta rose up, presided over this time by General Federico Ponce Vaides, whom the protestors would overthrow in turn. Then, at last, there were elections. The upper-crust devotees of rocambor were terrified that Professor Juan José Arévalo might win; he had just returned from exile in Argentina, and the men said his “spiritual socialism” (what might that mean?) would bring catastrophe to Guatemala: the Indians would raise their heads and start killing decent people, the communists would take over the landholders’ fields and would send the children from good families off to Russia to be sold as slaves. When they said these things, Martita would always wait for the reaction of one of the good men who attended these weekends filled with rocambor and political gossip: Dr. Efrén García Ardiles. He was handsome, with bright eyes and long hair, and he often laughed, calling his fellow visitors paranoid cavemen. In his judgment, Professor Arévalo was more of an anticommunist than any of them, and his “spiritual socialism” was merely a symbolic way of saying that he wished to make Guatemala into a modern, democratic country, lifting it out of the poverty and feudal primitivism it was mired in. Martita remembered the arguments that arose: the patricians browbeat Dr. García Ardiles, calling him a red, an anarchist, a communist. And when she asked her father why that man was arguing with all the rest of them, her father would respond: “Efrén is a good doctor and an excellent friend. It’s too bad he’s harebrained, and a leftist!” This made Martita curious, and she decided one day to ask Dr. García Ardiles what it all—leftism and communism—was about.

By then she was attending the Colegio Belga-Guatemalteco (Congregation of the Holy Family of Helmet), where all the finer families of Guatemala sent their girls to be educated by Flemish nuns, and she was winning awards for academic excellence and getting top marks on her exams. It was no great effort for her, she just needed to concentrate a bit, drawing on her abundant natural intelligence, knowing that As on her report card would bring her father great pleasure. How happy Dr. Borrero Lamas felt on the last day of school, when his daughter climbed the stage to receive recognition for her application and her impeccable behavior! And how they applauded the girl, the nuns and everyone else in the audience.

Did Martita have a happy childhood? She asked herself this many times in the years to follow, and she answered yes, if happy meant a tranquil, ordered life, without upsets, as a girl surrounded by servants and pampered and protected by her father. But the lack of a mother’s love saddened her. Only once a day—it was her hardest moment—did she visit that lady who always lay in bed and paid her no mind, even though she’d given birth to her. Símula would take the girl to give her a kiss before bed. She didn’t like this visit, the woman struck her as more dead than alive; she looked at her with indifference, offered no response to the kiss, there were times when she would even yawn through it. Martita didn’t especially enjoy her friends, the birthday parties she would attend with Símula as a chaperone, or her first dances when she was in secondary school and the boys were already flattering the girls, sending them notes and pairing off with their first loves. She preferred the weekend evenings that stretched on into the late hours and the gentlemen who played rocambor. Above all, she enjoyed her private talks with Dr. Efrén García Ardiles, whom she would pepper with questions about politics. He told her that, despite the patricians’ complaints, Juan José Arévalo was doing right, trying to finally achieve justice in the country, especially among the Indians, who were the great majority among Guatemala’s three million citizens. Thanks to President Arévalo, he said, Guatemala was finally becoming a democracy. 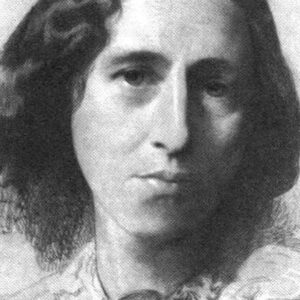 Why George Eliot disparaged "silly novels by lady novelists." On this day in 1819, novelist, poet, and translator George Eliot was born Mary Ann Evans in Warwickshire, England. Eliot's...
© LitHub
Back to top