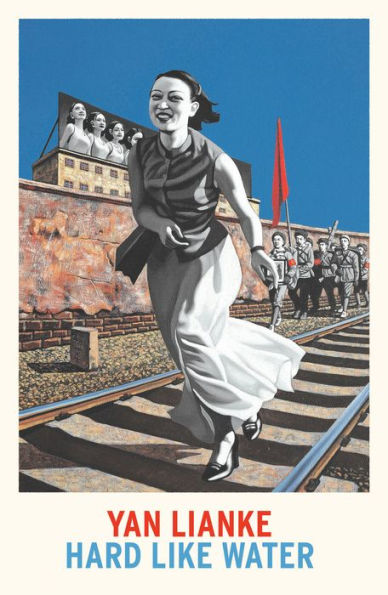 The following is excerpted from Yan Lianke's novel, Hard Like Water, an operatic and brilliantly plotted human drama about power's corrupting nature and the brute force of love and desire. Among many accolades, Lianke was awarded the Franz Kafka Prize; he was a two-time finalist for the Man Booker International Prize; and he has been shortlisted for the Independent Foreign Fiction Prize, the Man Asian Literary Prize, and the Prix Femina Étranger.

As I look back many years later, I feel that was the most mysterious and moving period of my life. For years afterward, no matter how earth-shattering the love and hate that I subsequently experienced, it was never as marvelous or unforgettable as the feelings I experienced at that time. I never again felt the same mysterious and moving warmth and beauty that I felt when I was with her—a warmth and beauty that was like divine water dripping onto my heart. I have never had an opportunity to see the Great Helmsman, Chairman Mao Zedong, in person, but I imagine that even if Chairman Mao were to pour me a glass of water with his own hands, or even if Comrade Jiang Qing were to cook me a bowl of poached eggs, the resulting feeling would not be as deep and moving as what I experienced at that instant. The water he would pour me would still be merely water, and the poached eggs she would cook for me would still be merely poached eggs, but what could possibly compare to what I felt at that beautiful, miraculous instant? Regardless of how vast heaven and earth might be, they are still not as vast as the Party’s kindness; and regardless of how deep the oceans and seas might be, they are not as deep as the impact that instant had on me.

I heard footsteps that made me think of moss blowing through the courtyard—moist and heavy, the footsteps fluttered leisurely in midair. This was because Cheng Temple was so empty, even desolate; there was no one but the former mayor, who would periodically go there to find some peace and quiet. Other than national holidays and the birthdays of the Cheng Brothers, it was very rare for anyone to step into that courtyard or even to be given permission to go inside. The clattering of footsteps sounded as though they were coming from at least two people. I looked up in the direction of the Bearing Respect Gate and saw that the footsteps were pitch-black, and there was a moldy smell wedged within them. The steps proceeded unevenly, and it seemed as though there was the sound of a voice chanting or singing.

I noisily looked up, and with a bang, I saw her. She was holding a three-year-old child in one hand and a three-layer aluminum lunch box in the other. She was still wearing the same pink synthetic shirt, the same velveteen shoes with aluminum buckles, and the same imitation army pants that she had sewn herself. Everything was exactly as it had been when I first encountered her three days earlier by the train tracks outside of town. Her face had traces of worry and exhaustion, which gave her delicate skin a sickly pallor. The Bearing Respect Gate was not as large as Cheng Temple’s main gate, but every brick surrounding the gate on three sides was emblazoned with a lotus pattern, and together they resembled a vine hanging down from the door frame. She was standing there, her mouth agape. One of her feet was positioned in the temple and the other was still outside. Between the lower edge of the doorway and her head, I could see that the grape lattice in the middle courtyard was not yet completely covered in leaves, but it was already shading the courtyard. Standing in the doorway, in that shadow, she looked like a painting. In those days, whenever you wanted to compliment someone’s beauty, you would always say they resembled a painting, and she really did.

As I look back many years later, I feel that was the most mysterious and moving period of my life.

Needless to say, at the moment I saw her, she must have also seen me.

Our gazes cut through the emptiness of the front courtyard, where a cluster of sparks were shimmering like the halo from a welding torch. The air in the temple grew still, as the sunlight that was seeping down through the canopy of the old cypresses also stopped waving back and forth. The aluminum lunch box she was carrying bumped against the left side of the door frame, chipping off a piece of paint, as some dust drifted down from the door frame onto her head. Her complexion turned dark yellow, and her lips tightened into a thin red and white line. My heart seemed to stop, and my hands became so wet with sweat a ship could have sailed through them. As we stared at one another, the crows were building their nests in the cypress branches overhead, and from the sky above them fell their songs and twigs from their nests. The air’s humid, musty smell assaulted my nose. The crows’ sharp purple cries pounded my ears and chest like falling roof tiles. I didn’t know then whether these cries were inauspicious or whether they were just ordinary crow calls.

I looked up into the tree, and when I lowered my gaze again she was in the process of trying to squeeze by me with her child (it turned out she already had a daughter, though five days earlier she hadn’t looked at all like she could be a mother). Her footsteps were lighter than before, and her lunch box made a whispering sound as it swung back and forth. At this point I spun around to look at her, and my frozen blood began to thaw and surge into my head. I stared as she walked from the Bearing Respect Gate to the Lattice House Gate, then I quickly released Hongsheng’s hand and rushed toward her.

She turned around and said, “Three days ago I was possessed. From now on, it will be as though you never saw me and I never saw you that day. We have never seen each other before, and definitely don’t know each other.”

I heard footsteps that made me think of moss blowing through the courtyard—moist and heavy, the footsteps fluttered leisurely in midair.

After saying this, she picked up her baby and stepped out of the temple and into Rear Cheng Street. She left like a thief sneaking away into the night. A sunflower faces the sun when it blooms, and its flowers bloom tirelessly. Tonight we’ll sow the seeds of friendship, and friendly feelings of revolution will flourish for ten thousand generations. I continued standing outside of Cheng Temple’s main gate until I saw her pass through the alley through which I had arrived, whereupon I turned and entered Center Cheng Street.

This was my revolutionary love, my fiery love. It didn’t begin when I ran into her in front of Cheng Temple, but rather it had been born three days earlier. I knew our revolutionary love had not yet really begun. In front of Cheng Temple our love life had merely turned a new leaf. We had taken the first step in our Long March; the snowy mountaintops and grassy plains had not yet appeared. The revolution had not yet succeeded, and our comrades needed to continue to struggle. Hardship and adversity still awaited us.

Excerpted from Hard Like Water by Yan Lianke (trans. Carlos Rojas). Excerpted with the permission of Grove Press. 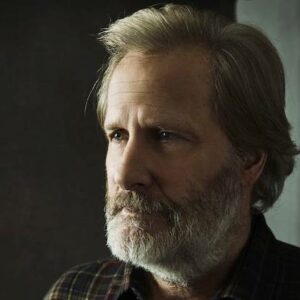 Listen to Jeff Daniels narrate a new Dave Eggers story. Calling all Dave Eggers and Jeff Daniels fans alike: the two have teamed up for the audio release of Eggers’ new story,...
© LitHub
Back to top