The year Lawrence Ferlinghetti was born in Yonkers, New York, (March 24, 1919)  an American expatriate named Sylvia Beach opened a bookstore on the Left Bank in Paris. Shakespeare & Co, as she called it, would become the best salon in town. A home-away-from-home for American writers, publisher of early works of modernism, including Joyce’s Ulysses, and proof positive that bookshops can absolutely be handmaidens to what they sell.

Perhaps there was a special moon dust in the air that year, the Great War just ending. For 35 years and $500 later, Mr. Ferlinghetti was in the same business. Only in his case, he’d create a home-away-from-home for anyone who felt like an ex-patriate in their own country. City Lights the store, the journal attached to it, and the publisher which grew out of it has changed the face of American letters almost as much as Harlem.

While much of the country was falling in love with “The Ten Commandments,” Ferlinghetti’s store and what it stocked beckoned its visitors to think, to be socially engaged, to challenge the monstrosity that America had become (and in many ways, always has been). “If you would be a poet,” Ferlinghetti wrote in Poetry as Insurgent Art, “create works capable of answering the challenge of/apocalyptic times, even if this meaning sounds apocalyptic.”

Mr. Ferlinghetti has dedicated his life to this project in all forms. While the US was passing a highway bill that would destroy much of the country, he was publishing Allen Ginsberg’s Howl. When his store could have become a lucrative museum of the Beats, he redirected City Lights to publishing writers from around the world, such as Daisy Zamora and Semezdin Mehmedinovic. When a great many in the US were accepting the smoking gun that could be a mushroom cloud, City Lights was hosting anti-war vigils that spilled out into Jack Kerouac alley.

Throughout it all Ferlinghetti has continued chronicling the unbuilding of San Francisco society by catastrophic wealth, turning City Lights and its scuzzy, gummy stretch of North Beach into a holy church of unholy activism. Is there another store in the country that shelves sections of history under “Stolen Continents?” Has a poet this gifted ever simultaneously given so much of his long life to publishing others? Read “Coney Island of the Mind” and “Landscapes of Living and Dying” and you will have to wonder.

As a poet, Ferlinghetti is what would happen if Whitman had spent more time with Goya. As a bookseller, he is that rare thing, a salon builder who’s also a democratic populist of the old order. Not the nationalist populist. A free-thinking, free-speech supporting welcomer of all people. And as a publisher, he has been a shining example that a scene needn’t be made from attitude alone. As in, a hotbed can (and should) be made by ideas, lived, and principles explored. Doors kept open as late as possible. Below are tributes from writers and colleagues who were sheltered by its—and Ferlinghetti’s—huge, righteous awning.

D.A. Powell on the first time he met Lawrence Ferlinghetti

Maxine Hong Kingston has but one criticism of Lawrence Ferlinghetti

Friends and co-workers reflect on the poet-publisher’s legacy

A poetic tribute to Ferlinghetti by Gerald Nicosia

Ferlinghetti recalls his South American travels in the 1960s

More information on the events City Lights Booksellers & Publishers are planning to celebrate Ferlinghetti can be found here.

How Jamaica Kincaid Helped Me Understand My Mother

Against Catharsis: Writing is Not Therapy 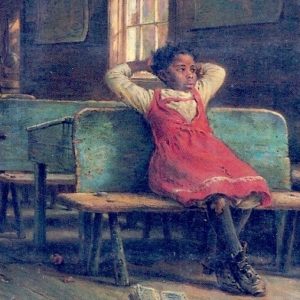 How Jamaica Kincaid Helped Me Understand My Mother For two decades, my mother told me stories about going to a convent in Grenada. “It was where I learnt manners,” she would...
© LitHub
Back to top
Loading Comments...