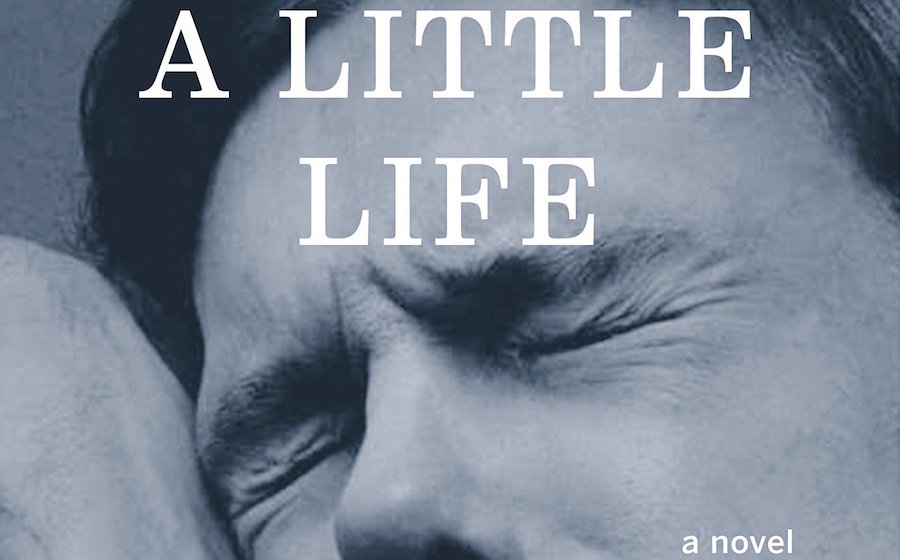 Every other week Oscar van Gelderen, the publisher at Lebowski in Holland, who blogs here, summarizes a notable work of fiction in ten quotes, with an emphasis on style and voice. No spoilers. This week, next in line for America’s “great gay novel,” Hanya Yanagihara’s A Little Life.

JB watched Annika watch Willem. He had never seen her like this, so nervous and girlish (normally she was surly and silent and was actually a bit feared in the office for creating on the wall above her desk an elaborate sculpture of a heart made entirely of X-ACTO blades), but he had seen lots of women behave this way around Willem. They all had. Their friend Lionel used to say that Willem must have been a fisherman in a past life, because he couldn’t help but attract pussy. And yet most of the time (though not always), Willem seemed unaware of the attention. JB had once asked Malcolm why he thought that was, and Malcolm said he thought it was because Willem hadn’t noticed. JB had only grunted in reply, but his thinking was: Malcolm was the most obtuse person he knew, and if even Malcolm had noticed how women reacted around Willem, it was impossible that Willem himself hadn’t. Later, however, Jude had offered a different interpretation: he had suggested that Willem was deliberately not reacting to all the women so the other men around him wouldn’t feel threatened by him. (11)

He couldn’t remember when he had been angrier on his own behalf. Lots of things made him angry—general injustice, incompetence, directors who didn’t give Willem a part he wanted—but he rarely got angry about things that happened or had happened to him: his pains, his past and present, were things he tried not to brood about, were not questions to which he spent his days searching for meaning. He already knew why they had happened: they had happened because he deserved them. (138)

JUDE—I’M SO FUCKING EMBARRASSED I CAN BARELY WRITE THIS NOTE. PLEASE FORGIVE ME FOR YESTERDAY. I COULDN’T BE HAPPIER FOR YOU AND THE ONLY QUESTION IS WHAT TOOK HAROLD SO FUCKING LONG. I HOPE YOU’LL TAKE THIS AS A SIGN THAT YOU NEED TO TAKE BETTER CARE OF YOURSELF SO SOMEDAY YOU’LL HAVE THE STRENGTH TO CHANGE HAROLD’S ADULT DIAPERS WHEN HE’S A THOUSAND YEARS OLD AND INCONTINENT, BECAUSE YOU KNOW HE’S NOT GOING TO MAKE IT EASY FOR YOU BY DYING AT A RESPECTABLE AGE LIKE A NORMAL PERSON. BELIEVE ME, PARENTS ARE PAINS IN THE ASS LIKE THAT. (BUT GREAT TOO, OF COURSE.). LOVE, ANDY (186)

The thing he hadn’t realized about success was that was that success made people boring. Failure also made people boring, but in a different way: failing people were constantly striving for one thing—success. But successful people were also only striving to maintain their success. It was the difference between running and running in place, and although running was boring no matter what, at least the person running was moving, through different scenery and past different vista. And yet here again, it seemed that Jude and Willem had something he didn’t, something that was protecting them from the suffocating ennui of being successful, from the tedium of waking up and realizing that you were a success and that every day you had to keep doing whatever it was that made you a success, because once you stopped, you were no longer a success, you were becoming a failure. He sometimes thought that the real thing that distinguished him and Malcolm from Jude and Willem was not race or wealth, but Jude’s and Willem’s depthless capacity for wonderment: their childhoods had been so paltry, so gray, compared to his, that it seemed they were constantly being dazzled as adults. (265)

But later, I would recognize how that incident had taken something large from him, how it had changed him: into someone else, or maybe into someone he had once been. I would see the months before Caleb as a period in which he was healthier than he’d been: he had allowed me to hug him when I saw him, and when I touched him—putting an arm around him as I passed him in the kitchen—he would let me; his hand would go on chopping the carrots before him in the same steady rhythm. It had taken twenty years for that to happen. But after Caleb, he regressed. At Thanksgiving, I had gone toward him to embrace him, but he had quickly stepped to the left—just a bit, just enough so that my arms closed around air, and there had been a second in which we looked at each other, and I knew that whatever I had been allowed just a few months ago I would be no longer: I knew I would have to start all over. I knew that he had decided that Caleb was right, that he was disgusting, that he had, somehow, deserved what had happened to him. And that was the worst thing, the most reprehensible thing. He had decided to believe Caleb, to believe him over us, because Caleb confirmed what he had always thought and always been taught, and it is always easier to believe what you think than to try to change your mind. (368, 369)

Luke’s legacies were in everything he did, in everything he was: his love of reading, of music, of math, of gardening, of languages—those were Luke. His cutting, his hatred, his shame, his fears, his diseases, his inability to have a normal sex life, to be a normal person—those were Luke, too. Luke had taught him how to find pleasure in life, and he had removed pleasure absolutely. (423)

Always, he wonders why and how he has let four months—months increasingly distant from him—so affect him, so alter his life. But then, he might as well ask—as he often does—why he has let the first fifteen years of his life so dictate the past twenty-eight. He has been lucky beyond measure; he has an adulthood that people dream about: Why, then, does he insist on revisiting and replaying events that happened so long ago? Why can he not simply take pleasure in his present? Why must he honor his past? Why does it become more vivid, not less, the further he moves from it? (462)

It saddened him, of course, that his sex life and his home life should have to be two distinct realms, but he was old enough now to know that within every relationship was something unfulfilled and disappointing, something that had to be sought elsewhere. (566)

He steps back, still looking. In the painting, Willem’s torso is directed toward the viewer, but his face is turned to the right so that he is almost in profile, and he is leaning toward something or someone and smiling. And because he knows Willem’s smiles, he knows Willem has been captured looking at something he loves, he knows Willem in that instant was happy. Willem’s face and neck dominate the canvas, and although the background is suggested rather than shown, he knows that Willem is at their table; he knows it from the way JB has drawn the light and shadows on Willem’s face. He has the sense that if he says Willem’s name, the face in the painting will turn toward him and answer; he has the sense that if he stretches his hand out and strokes the canvas, he will feel beneath his fingertips Willem’s hair, his fringe of eyelashes.

But he doesn’t do this, of course, just looks up at last and sees JB smiling at him, sadly. “The title’s card’s been mounted already,” JB says, and he goes slowly to the wall behind the painting and sees its title—Willem Listening to Jude Tell a Story, Greene Street—and he feels his breath abandon him; it feels as if his heart is made of something oozing and cold, like ground meat, and it is being squeezed inside a fist so that chunks of it are falling, plopping to the ground near his feet. (679)

And it wasn’t until a few weeks after that I was able to open the letter he had left us on his table. I hadn’t been able to bear it earlier; I wasn’t sure I would be able to bear it now. But I did. It was eight pages long, and typed, and it was a confession: of brother Luke, and Dr.  Traylor, and what had happened to him. It took us several days to read, because although it was brief, it was also endless, and we had to keep putting the pages down and walking away from them, and then bracing each other —Ready?—and sitting down and reading some more. 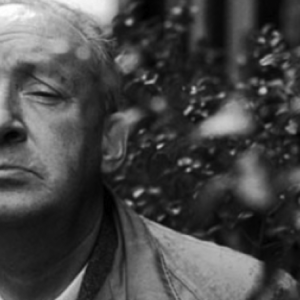 Etgar Keret’s exhausting book tour may have taken him below 14th Street. Behold his photo diary and judge for yourself. | Literary...
© LitHub
Back to top