Tonya Foster’s A Swarm of Bees in High Court (Belladonna) uses haiku to present a piercing portrait of contemporary Harlem. In contrast, the fictions in John Keene’s Counternarratives (New Directions) traverse geographies and eras, and their attending narrative conventions, to undo history’s racist exclusions. This past July, while participating in Image Text Ithaca, a multidisciplinary symposium and workshop at Ithaca College, the authors discussed their recent books’ far-reaching implications. This is an excerpt from an interview that appears in the Fall issue of  BOMB Magazine.

John Keene: In the notes at the end of your new poetry book, A Swarm of Bees in High Court, you describe it as “a biography of life in the day of a particular neighborhood,” and you use the phrase “the multiple as subject and as swarm of actors.” Based on those descriptions you could have written a nonfiction text or a more literal reflection, but you’re capturing this world in a lyric mode, undertaking compelling things with form.

What really comes through is a play of both the ear—sound, music, and noise, in the positive sense of the term, as distortion—and also the eye. Could you talk about how you decided to go with the haiku-like form, which you stick to at certain points, and you break in others? At the very end we get a little section of prose, almost like a fable.

Tonya: The first thing that comes to mind is Amiri Baraka saying, “You know, I would read poems in The New Yorker and think, I can’t write poems like that.” (laughter) The work of the book began when someone asked me to write about 9/11, and I thought, What? It just seemed bizarre.

How do you write about grief when you’re in the middle of it? How do you imagine or traverse that necessary distance? I had been writing erotic haiku to a man I liked. And someone else said, “Why don’t you write haiku about 9/11?” I thought, Okay, I could do that and not weep, right? I could write these little condensed pieces about New York at that period. It was a time when there were these condensed, very tense encounters with the images of people who were missing—but not only with them; you were also encountering the people missing them, looking for them.

Tonya: Yes. I also began thinking about Harlem in a different way. There was this incredible silence. This neighborhood where I have lived for a long time is a very noisy place. One Detroit friend said, “This is the noisiest place I have ever been.” And on that day there was this hush. Somehow, there was no picking up of the strain of grief evidenced in the silence. So out of the question, What does it feel like in this space? I started writing these haiku (even the book’s long lines are, for the most part, seventeen syllables or fewer) about Harlem, and this particular two-block stretch on St. Nicholas Terrace.

Indirectly, I’m always writing about my hometown of New Orleans, as NOLA is for me what Venice is to Calvino: “a first city that remains implicit.” New Orleans is implicit in everything that I write. And I’m often wondering how NOLA has trained and tripped up my tongue. I’d been thinking about the language that conjures an experience of a particular place. I think of it necessarily as a body or a group of bodies, this multiplicity of subjectivities narrating place through interactions, through sounds, and through grief. Weirdly, I couldn’t see that A Swarm of Bees in High Court is a book about grief until after it was done. I was stunned and stung by that.

John: I started to think, as I read it, about place as hive. The hive of sociality and experience comes through. There is, I wrote in my notes, “in/action.” At the level of language, you have all these linguistic—morphemic—hinges that give the poems a powerful depth. They convey the silence and the hum, the quiet and the buzz. This brings us back to bees, “be…es” as you write in the book’s epigraph: “It be…es that way, sometime.” So perfect! There are so many lines like that, encapsulating the work you’re doing here.

There’s also something about the ontology of grief, of living in this space that is both part of that post-9/11 world but also viewed as not part of it. The ontology of this location and dislocation: Harlem. New Orleans. I love how you talk about the origins of your use of haiku, the erotic trigger. You stick with this form for the most part, but ring changes with it. You also have “as always” as a refrain. This pointed me to one of your strategies in the book: repetition. I see it as a rhetorical gesture and a formal strategy, but it also relates to thematic content, right? Things repeat, they continue, and I see that connecting to desire and also emotion, want. Talk about sticking with the haiku-like form and its relation, for you, to desire and grief.

Tonya: Listening to what you’re saying, I think about your work, and language, about making work and art, and the ways that sometimes being is sufficient. You keep coming back to people who are artists in untenable circumstances. Part of their artistry is asserting that being is sufficient, and the formal shifting becomes a way of continuing to be when everything else attempts to annihilate you.

So to try to answer your question, I learned, after I started writing them, that haiku are often about loss. The space of wanting is one of absence, but also of the presence of what one wants. The book had to be landscape rather than portrait view because as I wrote the poems, I realized there was something about that orientation that emphasized the words as central, as these little moments of being, amid an expanse of silence. So what is it to imagine that these little words on the page are sufficient? I don’t know.

John: In my book the words are really packed on the page, for the most part.

Tonya: Well, there are columns, and then little letters, journal entries…

John: The density and expansiveness of prose! What comes through with the expanse of space in A Swarm (I’m not going to call it “white space” because I don’t think it’s “white” space, but more ground and commons, y/our commons) is presence and negation. A number of your poems are registering negative emotions or negative responses. Not “negative” in the sense of “bad,” but because the speaker has desires and needs; the speaker lacks and wants things. This poetic speaker is deeply aware of the gendered and classed space, which is to say, politicized social space, in which she speaks. Or not just “she,” of course, because there is “your” and “our,” invoking the apostrophized individual and communal.

There’s a negative capability on a formal and rhetorical level, and on the level of language, holding these sometimes opposing ideas together in tension. I guess the technical terms for that are polysemy, as well as homonymy. You have all of these words that can be read in multiple ways. Sounds run together, allowing you to ring these changes. That got me thinking about strategies of survival.

Maybe it’s time to retire referencing Frederick Douglass, but there’s that moment in his narrative where Mr. Covey has beaten him, and Douglass has had enough. He says, “[H]owever long I might remain a slave in form, the day had passed forever when I could be a slave in fact.” He’s choosing something else, perhaps even death, to slavery. So, in our work, there’s always this moment in which the different characters (and readers) are making this other choice, have this other way of asserting being (and understanding), when the white people around them are suggesting to them that in fact they have no other choice. And so they say, “No, I’m asserting my being in this other way.” Here, I think of Sandra Bland and the costs of that assertion. 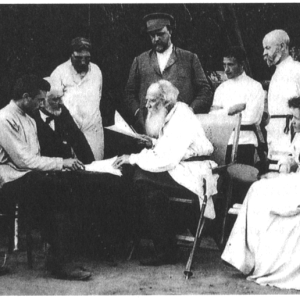 John Keene in conversation with Tanya Foster, on the “ontology of grief,” the day Harlem went quiet, and how not speaking...
© LitHub
Back to top