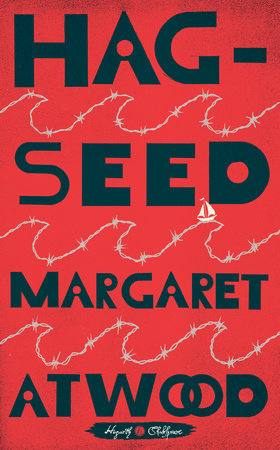 The job came his way via one of the local online papers. A teacher in the Literacy Through Literature high school level program at the nearby Fletcher County Correctional Institute had suffered a sudden illness–a fatal illness, as it turned out. A vacancy needed to be filled at short notice. It would be a temporary position. Some experience was required, although–Felix assumed–not much. Those interested . . .

Felix was interested. Using Mr. Duke’s email account, he sent an initial note registering his willingness. Then he cobbled together a fraudulent resumé, forging decades-old letters of reference from several obscure schools in Saskatchewan, signed by principals who might be expected to have died or moved to Florida. He was ninety percent certain that these would never be checked: he’d be, after all, just a stopgap. In his covering letter he said he’d been retired for some years but felt the need to give back to the community, since he had been given so much in life himself.

He was summoned by email for an interview almost immediately, by which he divined that there weren’t any other applicants. So much the better: they were probably desperate, and he’d get the job by default. By this time he really wanted it, he’d talked himself into it. It had, perhaps, some potential.

He cleaned himself up–he’d been letting himself get ratty – and bought a new dark-green plebian-looking shirt at the Mark’s Work Wearhouse in Wilmot. He even trimmed his beard. He’d grown it over the years; it was grey now, almost white, and he had long white eyebrows to match. He hoped he looked sage.

The interview took place not at Fletcher Correctional itself but at a McDonald’s nearby. The woman interviewing him was forty-odd and making efforts: the streak of pink in her grey-blond hair, the shining earrings; the careful nails, a fashionable silver. Her name was Estelle, she offered. The first name was a positive signal, she wanted them to be friends. She didn’t work at Fletcher herself, she explained: she was a professor at Guelph University and supervised the Fletcher course from a distance. She also sat on various advisory committees, for the government. The Ministry of Justice. “My grandfather was a Senator,” she said. “It’s given me a certain access. I know the ropes, you could say, and I have to share with you that the Literacy Through Literature program has been more or less . . . well, my special baby. I’ve lobbied quite hard for it!”

Felix said that was admirable. Estelle said we all did what we could.

The teacher who’d died had been such a fine person, she said; he’d be missed by so many, it was so sudden, a shock. He’d really tried, up at Fletcher; he’d accomplished . . . well, he’d done his very best, under conditions that were . . . no one could go into it expecting too much.

Felix nodded and um-hummed at the right places, and looked sympathetic, and made eye contact. In return, Estelle’s smiles multiplied. All was as going as it should.

The preliminaries over, Estelle launched into the interview proper. She took a breath. “I believe I recognize you, Mr. Duke,” she said. “Despite the beard, which I must say looks very distinguished. You’re Felix Phillips, yes? The famous director? I’ve been attending that Festival since I was a kid, my grandfather used to take us; I have a big collection of the programs!”

So much for alter egos. “Indeed,” said Felix, “but I’m going under Mr. Duke for this job. I thought it would be less intimidating.”

“If anyone on the hiring end knew who I was, they’d say I was way overqualified. Too professional for this position.” A bigger smile: Estelle found this more convincing. “So it can be our secret,” Felix said, lowering his voice, leaning across the table. “You can be my confidante.”

“By Aphra Behn,” said Felix. “Except the confidantes are burglars.” He was impressed: it was an obscure play, not one he’d ever done.

“Maybe I’ve always longed to be a burglar,” she laughed.

“But seriously, this is quite an honour! I must have seen almost all of your plays, over at Makeshiweg, when you were there. I loved your Lear! It was so, it was so . . .”

“Visceral,” said Felix, quoting one of the more enthusiastic reviews.

“Yes,” said Estelle. “Visceral.” She paused. “But this position. . . I mean, you are of course way overqualified. You realize it’s only part-time – three months a year. You wouldn’t expect a commensurate–”

“Retired? Oh, you’re too young to retire,” she said, a reflex compliment. “That would be a waste.”

There was a pause. “You do understand that this is a prison,” she said at length. “You’ll be teaching, well, convicted criminals. The goal of the course is to improve their basic literacy skills so they can find a meaningful place in the community once they’re back in the world. Wouldn’t you be rather wasted on them?”

“It would be a challenge,” said Felix. “I’ve always liked challenges.”

“Let’s be frank,” said Estelle. “Some of these men have very short fuses. They act out. I wouldn’t want you to . . .” She clearly had a vision of Felix lying on the floor with a homemade shiv sticking out of his neck and a puddle of blood spreading around him.

“Dear lady,” said Felix, resorting to one of his posh-aristocrat stage accents, “in the early days of the theatre, actors were regarded as next door to criminals anyway. And I’ve known many actors–that’s what they do, they act out! Stage rage. There are ways of handling that. And, studying with me, they’ll be guaranteed to learn more self-control.”

Estelle was still wavering, but she said, “Well, if you’re willing to give it a try . . .”

“I’d need to do things in my own way,” said Felix, pushing his luck. “I’d want considerable latitude.” It was the beginning of the semester and the dead teacher had barely got started, so Felix himself would have room to create. “What do they usually read for this course?”

“Well, we’ve relied on The Catcher in the Rye,” said Estelle. “Quite a lot. And some stories by Stephen King, they like those. The Curious Incident of the Dog in the Night-Time. Many of them identify with that, and it’s simple to read. Short sentences.”

“I see,” said Felix. Catcher in the bloody Rye, he thought. Pablum for prep school juveniles. It was a medium- to maximum-security facility; these were grown men, they’d lived lives that had driven them far beyond those parameters. “I’ll be taking a somewhat different tack.”

“I hesitate to ask what tack,” said Estelle, cocking her head archly. Now that she’d accepted him for the job, she was relaxed enough to flirt. Watch your trousers, Felix, he admonished himself. She doesn’t have a wedding ring, so you’re fair game. Don’t start anything you can’t finish.

“Shakespeare?” Estelle, who’d been leaning forward, sat back in her chair. Was she reconsidering? “But surely that’s far too . . . there are a lot of words . . . They’ll get discouraged; maybe you should choose things more at the level of . . .To be frank, some of them can barely read.”

“You think Shakespeare’s actors did a lot of reading?” said Felix. “They were journeymen, like”–he snatched an example from the air, possibly a bad one–“like bricklayers! They never read the whole play themselves; they only memorized their own lines, and their cues. Also they improvised a lot. The text wasn’t a sacred cow.”

Too good for them, was what she meant. “He had no intention of being a classic!” Felix said, adding a tinge of indignation to his voice. “For him, the classics were, well, Virgil, and Herodotus, and . . . He was simply an actor-manager trying to keep afloat. It’s only due to luck that we have Shakespeare at all! Nothing was even published till he was gone! His old friends stuck the plays together out of scraps–bunch of clapped-out actors trying to remember what they’d said, after the guy was dead!” When in doubt, he told himself, just keep talking. It was an old trick for when you froze onstage: throw out a line, anything that sounded good, to give the prompter time to toss you the real one.

Estelle looked puzzled. “Well, yes, but what does that have to do with . . .”

“I believe in hands-on,” said Felix as authoritatively as he could.

“Hands on what?” said Estelle, truly alarmed now. “You have to respect their personal space, you’re not allowed to . . .”

“We’ll be performing,” said Felix. “That’s what I mean. We’ll be enacting the plays. That’s the only way you can really get inside the parts. Oh, don’t worry, I’ll fulfill the official criteria, whatever they are. They’ll do assignments and write essays and all of that. I’ll mark those. I suppose that’s what’s required.”

“You really think so?” said Estelle. “You could get them to do that?”

“Give me three weeks,” said Felix. “If it’s not working out by then, I’ll do The Catcher in the Rye. Promise.”

“All right, agreed,” said Estelle. “Good luck with it.”

From Hag-Seed. Used with permission of Hogarth Shakespeare. Copyright © 2016 by Margaret Atwood. 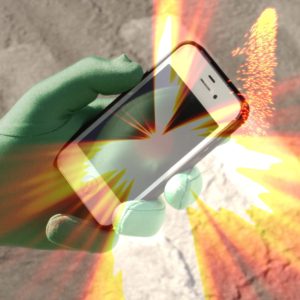 RESOURCE OPTIMIZATION These new poems from David Lau's just released book Still Dirty are not so much the static within the sound as the plangent...
© LitHub
Back to top