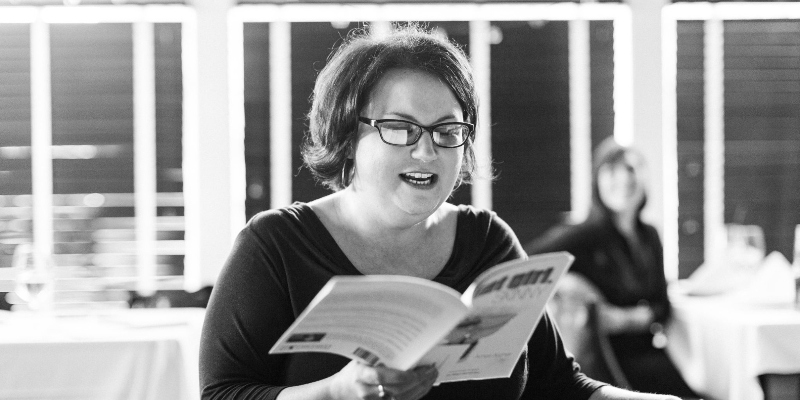 Writer and educator Amye Archer joins co-hosts V.V. Ganeshananthan and Whitney Terrell to discuss her 2019 anthology, If I Don’t Make It, I Love You: Survivors in the Aftermath of School Shootings, co-edited with Loren Kleinman. Archer explains how hearing the heartbreaking details of loss can prevent us from glossing over the staggering trauma of these events. Archer also reads from the anthology’s section on the 2012 Sandy Hook Elementary School shootings, and questions why, as a nation, we haven’t changed the Second Amendment in response to modern weapons.

Whitney Terrell: I’m a gun owner and a hunter. And this is the part that I always forget to say: The idea that there’s somehow, other than killing people, a reason to own an AR-15 is completely crazy. You would never use that to hunt, and the hunting rifle that you do have would be a thing that you can’t commit these crimes with.

I have a bolt action .30-06 you go deer hunting with. You can’t reload that thing that quickly. You have a double-barrel shotgun—I’m sorry, these are grotesque things to talk about, but of course, we’ve been put in this position by bad gun laws. But a hinge action, double-barrel shotgun? You’re dead if you start shooting people; somebody will come and tackle you while you’re reloading. These things don’t work without these assault rifles. It’s not going to happen.

Amye Archer: The Second Amendment is really one of the only laws in this country that has not changed in accordance with the technology that it governs. It was written 200 years ago. Think about how much guns have changed in that time. And of course, we always forget about the well-regulated part. But it’s ridiculous to think that we shouldn’t adapt it in some way to what’s happening now. That never made sense to me, but I hear the arguments, and what I keep coming back to is that this is a complicated issue. You’re essentially trying to get to the nugget of what makes a person want to hurt other people.

Every country wrestles with that. There are several fields of theory that wrestle with that. We’re the only country that arms them, period. We have to scale back the guns, and then maybe we can work on the other stuff, which definitely needs to be worked on.

V.V. Ganeshananthan: Did you see the cover of the Sunday Review? They pulled the sentence from every shooting that had happened for many, many years, saying that the gunman was able to get the gun legally. And it was so striking. I appreciated them doing that, because that’s right to the point that you’re making. And you mentioned earlier the bipartisan legislation that failed in 2013. I was surprised reading your book to see Joe Manchin doing something useful. Pat Toomey also, historically not…

We’re talking on June 3. So last night, Joe Biden delivered a primetime address, in which he called for legislation to prevent gun violence. And he talked about assault weapons. He talked about background checks. And I wonder if you see here the potential for a different kind of motion.

It seems to me like, again, there is a level of desensitization that you’re talking about, but there are also, I think because of Robb Elementary, there’s also this debate going on among journalists and people in the media, that generally the media has not included images of children slain by bullets, and that’s, of course, an ethical decision. But then there’re also consequences for that, meaning that the public at large does not see what these weapons are doing to these little bodies, my God. So right now, there are all of these journalistic debates about should we start showing this because people really don’t seem to get it.

WT: There is a middle ground, Sugi, which is to write about it. The descriptions in this book, specifically, I think, are the kinds of things that people should be reading.

VVG: That’s true. I wonder if you see this as any kind of tipping point or if there’s a way that we can talk about this differently, as Whitney’s suggesting, to make this a tipping point.

AA: It kind of reminds me of the decision whether or not to show the caskets coming back from Vietnam. I’ve been asked this before. I’ve been on a panel and somebody asked me… It was around the Parkland shooting, and they were asking me, “Do you think the parents should release the photographs to the press?” Where I come down on that is always that that is an extremely personal decision. And I would never say yes or no, they shouldn’t do it. I do think that reading about it is helpful. I think that we can’t sugarcoat things anymore.

I get the question a lot: How do you talk to the other side? And my answer to that is, well, there’s a majority of the other side that you can’t talk to; you’re never going to win them over. You can yell at them all you want, but it’s not going to happen.

But hopefully, they’re small. But I think when you start sharing details with people, so for example, I was talking to somebody right after Robb Elementary, and I said… This is hard to hear,  so if you want to fast forward 30 seconds… But I said, parents had to donate DNA for their children to be identified in that shooting. Like that’s how badly the bodies were mangled. And when you hear something like that, if you’re an empathetic, feeling human being, that takes your breath away, you’re just kind of like, Oh, my God.

When you see in the newspaper that a casket maker in Texas is making custom caskets for these kids, and you see the size of the caskets, stuff like that is effective, like not sugarcoating that kind of stuff anymore. So I think you can create that effect without showing the children and directly impacting the families. I don’t like to even try to imagine how I would react in this situation. Would I show the pictures? I don’t know. I really don’t know. I can tell you that I would be so angry that I don’t know if anybody could contain me, ever.

And I don’t know how these parents… And I think we’re starting to see that they’re not doing this… But how these parents just have to accept that this happened, and go on and grieve and feel trauma for the rest of their lives. What do you do when you live in a state where the governor’s actively passing laws to make you less safe? There’s got to be some kind of legal precedent or something that these parents can do. I mean, this is not, this was not an accident. This was directly the result of the gun laws in Texas. So who is responsible for that?

If I Don’t Make It, I Love You: Survivors in the Aftermath of School Shootings (pre-order paperback) • “Holding the Pain,” Longreads, July 2019

WATCH: Nicole A. Taylor and Nikita Richardson on Celebrating Juneteenth with Food

Mira Jacob on Mississippi Masala and Discovering Herself on Screen 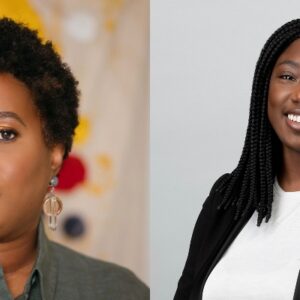 WATCH: Nicole A. Taylor and Nikita Richardson on Celebrating Juneteenth with Food

Watermelon and Red Birds, from acclaimed food writer and long-time friend of Greenlight Nicole A. Taylor, is the first cookbook...
© LitHub
Back to top