These new lyrics of Ada Limón pivot between the disquiet of the human world and the ferocity that surrounds the natural order. Limón’s characteristic imagery shifts — delicately, eerily — through scenes of everyday intimacies and domestic episodes, but also seems at home in the landscape that surrounds our relationships and their frayed boundaries. For thousands of years, poets and artists alike have drawn on the power of the animal as a quintessential emblem and embodiment of human passions and desires. Alternately, poets have long relied on the figurative realm of parables and fables to remind and reassure us that as savage or unconscious as the creatures that we share this brief space with are, we are fundamentally different. And yet I’m not sure if Limón’s imagination is ultimately committed to making the animal a dreary or lulling symbol. Often in fact, the fusion between the two, as in the second piece published here, reminds us that there is a large overlap, primal as it is hallucinatory, in which the edges of mere being are profound as they are violent. At any moment, the neat categories we have fictionalized for ourselves as a species, our precious sentience, seem ready to dissolve; and in her poetic bestiary perhaps they already have.

The muffled, ruptured voice of a friend
turned electrical signal breaks open
to tell me her sister has died. A muted pause,
then a heaving. Sounds sucked from lungs.
Outside, as the sun descends to inch-high
on the fallow horizon, a hawk grasp-lands
on the telephone pole. Brawny and barrel-
chested, it perches eyeing the late winter
seed head of switchgrass. Later, we’re talking
about self care, being strong, surviving
a long time. The hawk launches as the sun
oozes puce and ochre and sinks. I write
to another friend who says her partner
is like a hawk—steadfast, wary. I think
of the sharp-shinned hunters, the Coopers,
the Swainsons, how hawks are both serene
and scary as hell, scary that is, if you’re
the mouse. That’s the trick, we say,
isn’t it? Don’t be the mouse.

Gathered six-deep around a ship’s

fire-pit, the witches were harmonizing

No one asked me to sing, throat

I knew I was a low-rung among sirens.

Then, some snake in the gut made

me try it, rough as it was, too tight

in the lung: more shake than song.

By the third chorus, I soothed myself

and I cried and cried until I did.

Dream of the She-Beast

We lived in a cabin at the bottom of a ravine

where a rivulet overflowed with silvery fish,

so many twists it took to descend into the space

we’d made. You were cooking something, I was

unloading groceries, and the pack of dogs

was too ravenous. With horror, I realized I had left

the German shepherd muzzled for days—

she was dying, starving. I stroked her head,

like a bear’s coat. I carefully removed the muzzle

and massaged the greasy tamped down

grooves it had made when it had cinched her

dangerous mouth closed. I rubbed her

and rubbed and cried, and apologized,

but instead of biting, or devouring, or bolting,

she began to do what she’d been desperate for,

with a low growl, she began to speak. 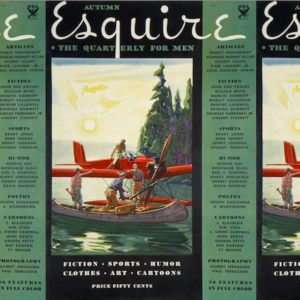 LitHub Daily: October 4, 2016 How my grandfather went from the Pulitzer Prize to complete obscurity. | Literary Hub So who was Jack the Ripper? Otto...
© LitHub
Back to top