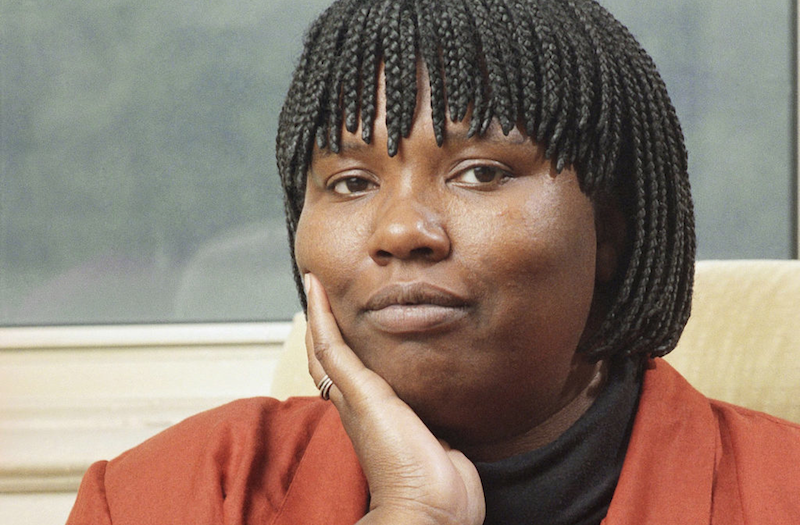 Julia Alvarez Remembers the Author of The Women of Brewster Place

She was larger than life, in more ways than one, passionate and uncompromising in her work and in her life, and immensely generous, so that her friendship always felt as if the traffic was one way: from her to you.

I met her in 1984—she was just completing her year as the Jenny McKean Moore Fellow, having won great praise and attention for her first novel, The Women of Brewster Place, her fierce and very own Black woman’s Dubliners, unrelenting and bold: right in the eye of the storm. I was the next Fellow in line, and she embraced me as if I were her kid sister she was looking out for. She offered me her apartment when her lease was up, asked what I was writing, tendered intuitive, human-centered advice, not English major critique of my work, and by the way, what did I mean I didn’t have an agent? She got right on it, offered me three names, and that is how I found my agent of 25 years and lifelong friend, Susan Bergholz. The night before Gloria left DC, she took a group of us out to an Indian restaurant—we sat on cushions on the floor, ate out of communal platters, and when I think of a sacramental meal, that’s the image in my head, sitting together around low tables, talking, laughing, storytelling, Gloria’s generosity and big spirit flowing through all of us. She was our Mama Day, all right.

Over the years, at slump times and high times, we talked on the phone, we wrote letters (I don’t think we ever exchanged a single email, praise God), we met and celebrated together (she attended my wedding in Vermont), we mourned together (her mother’s and her sister’s loss especially hit hard; my parents’ Alzheimer’s was a heavy load), and with our spiritualism bond, the Caribbean in my veins and her African American ancestors in her soul, we shared the need for rituals and symbolic gifts (the beaded Virgencita she bought me from Haiti still hangs in my study, a gift to protect me, during an especially difficult period as a writer; she wrote—did she ever publish it?—a children’s book featuring sunflowers. Next time she came to visit me in Vermont, Bill had planted the whole back field full of sunflowers, and wouldn’t you know it? They were all blooming, an acre full of whirling suns, in her honor. I still have the photo somewhere of Gloria wandering among them, as if tending all that swirling golden energy.) She talked through her next novels, her research trips, her fears which became overwhelming for her, as I think she took on the wounds of generational racial hatred and gender violation on her soul. Our phone calls were never under an hour.

I loved her famous, successful novels, as well as her more tortured and groundbreaking, Linden Hills, Bailey’s Cafe, and her troubling 1996, which reflects so many of her own inherited wounds manifest in fictional form. She understood how generationally we women get our strength from each other (The Women of Brewster Place and Mama Day especially attest to that.) And she didn’t just write about it, she lived it, always giving more than she allowed herself to receive.

The last time I talked with her was difficult, I was at an airport, about to fly down and attend to my critically-ill mother. Gloria was having a difficult time herself, and her ghosts and demons terrified me in my own haunted state. Mama Night could be just as daunting and full-strength as Mama Day. I knew I was failing her when I heard her fading away in voice and spirit—she was never one to pretend. When I returned from the trip and tried her number, it was disconnected. I wrote. Months later I got a postcard from some foreign city. She was selling her house—or had sold it, was moving out of the country—or already living somewhere else—it was unclear. Periodically, her spirit would enter my heart, her Virgencita give me a beaded eye reproach from my study wall. I’d try her number. Disconnected, indeed.

It seemed fitting to hear about her death in an airport, as we were boarding, en route for Border of Lights, an annual gathering at the border between Haiti and the Dominican Republic. An email from Susan popped up on my iPhone: Did I know Gloria had died a few days ago? On the televisions at the gate area, the weather reports were blasting news of Hurricane Matthew blowing in with strong winds and heavy rain into Haiti. On the screen the storm tracked as a whirling cloud. It looked like a Van Gogh sunflower, a dark force he and she had so often turned into light.

Julia Alvarez left the Dominican Republic for the United States in 1960 at the age of ten. She is the author of six novels, three books of nonfiction, three collections of poetry, and eleven books for children and young adults. In the Time of the Butterflies, with over a million copies in print, was selected by the National Endowment for the Arts for its national Big Read Program, and in 2013 President Obama awarded Alvarez the National Medal of Arts. Afterlife, a new novel, and Already a Butterfly, a new picture book for young readers, were published in 2020. Visit her at juliaalvarez.com.

Is Joyce Carol Oates Trolling Us? 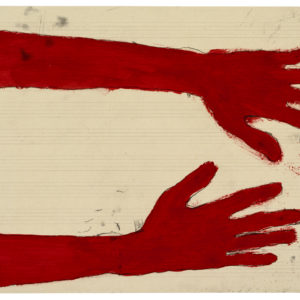 These new lyrics of Ada Limón pivot between the disquiet of the human world and the ferocity that surrounds the natural...
© LitHub
Back to top