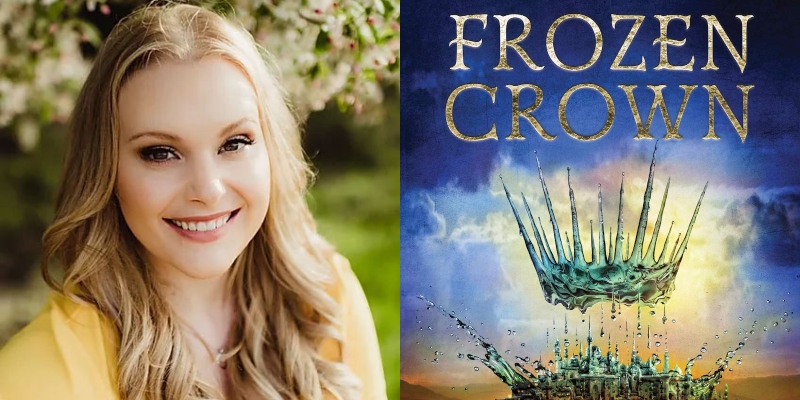 If you like strong heroines, court intrigues, magic, and a touch of sensual sizzle, Greta Kelly’s The Frozen Crown (Harper Voyager, 2020) is for you.

The horror of the battlefield is fresh for Princess Askia. She’s just been forced to flee her kingdom, the northern country of Seravesh, where her cousin now rules under the protection of the Emperor of Roven. All that remains of her army is a loyal general and her last remaining legion, the Black Wolves—not enough to protect her former kingdom from men who are willing to burn entire towns to the ground in order to subjugate the population.

Askia has one hope left, and it will not depend on her skill with a sword. Her father, a healer, once helped the Emperor of Vishir, the only land capable of matching Roven in strength. If Askia can reach Vishir and convince Emperor Armaan that Roven’s ruler will eventually challenge the peace and prosperity he’s created, Vishir might be drawn into the war before it’s too late to save Askia’s homeland.

But how to obtain the favor of Vishir’s Emperor, Armaan? Should she take advantage of his son’s infatuation with her? Should she try to earn the friendship of his principal wife, a stern woman who seems put off by Askia? Should she accept the help of the religious zealots who champion her cause, even though they tortured her years ago, on suspicion of being a witch like her father?

In a court full of devious strangers, Askia will have to learn whom to trust, and whose help to ask for. But it is her own concealed dark magic which ultimately holds the key to her survival.

Gabrielle Mathieu: What does Askia mean when she states, “Perhaps beauty was a weapon you forged of yourself”?

Greta Kelly: That moment was a real realization for Askia. Like a lot of young women, she has this idea in her head that strength is a purely physical trait. And that attitude is so limiting, and it really negates and minimizes a lot of what we consider to be traditional female traits. Throughout the story, Askia learns from the women around her that there are so many other kinds of strength than just those that come from your sword arm—including beauty. And we see that every day, I think, how image can be used to create mythos around a person. Just go on Instagram and find a celebrity page, and you’ll see how we create stories about and around these people, all in the name of branding. And in a way, the same thing is true of Askia, who comes to realize that how she presents herself to the world and to this very ruthless court is a weapon that she can and needs to wield. And in fact, if she doesn’t take control of her own narrative, someone else is going to take control of it for her, and it’s not going to be any help to her.

Greta Kelly is (probably) not a witch, death or otherwise, but she can still be summoned with offerings of too-beautiful-to-use journals and Butterfinger candy. She currently lives in Wisconsin with her husband, EJ, daughter, Lorelei, and a cat who may, or may not, control the weather. 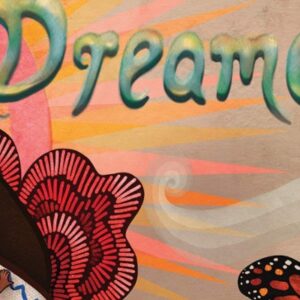