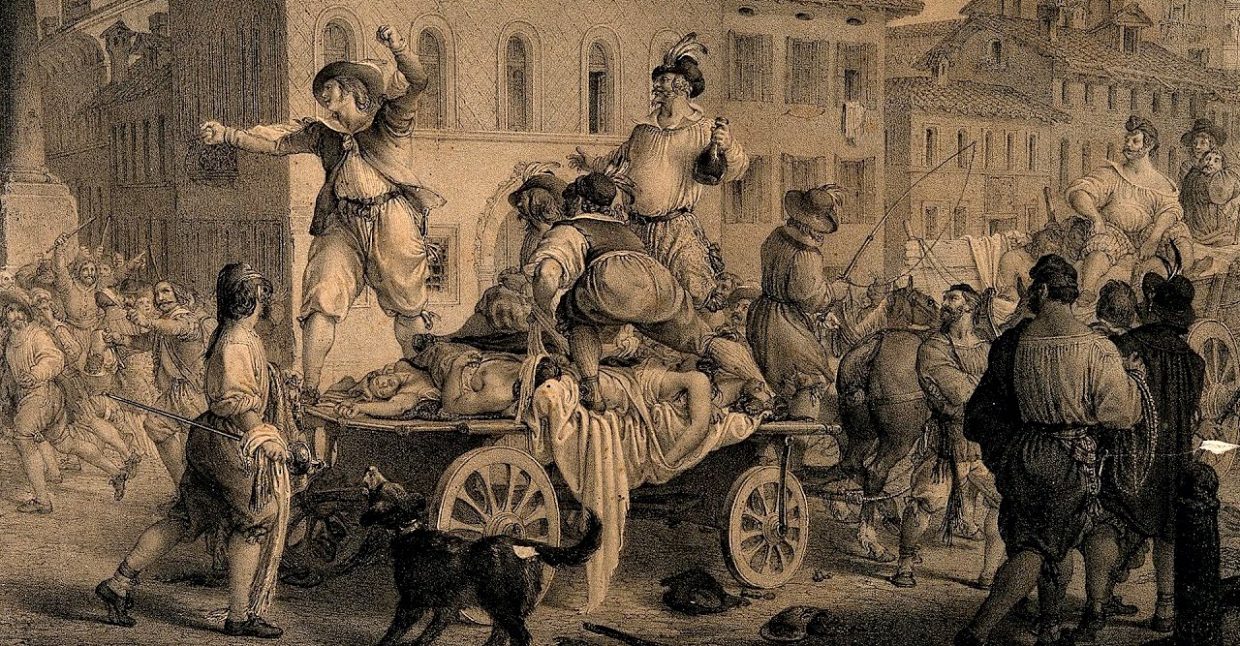 The Great Plague of London (1665-1666) conjures images of destruction on a savage, Gothic scale. An estimated 100,000 Londoners, or 20 percent of the population, perished in the plague’s grisly wake. Unsurprisingly, the epidemic has become more or less synonymous with contagion in the abstract. People who know little about the epidemic are familiar with the imagery associated with it—the iconic buboes, mordant “dead-carts,” and beak-faced doctors making up the plague’s cultural legacy. But this gruesome imagery of mass death has overshadowed the plague’s brutal selectivity, obscuring a dark parallel with our own plague year. In the days of Covid-19, what hits home about the Great Plague of London is not the latter’s leveling effect but its discrimination—a class bias that targeted the poor and favored the prosperous.

As described by Daniel Defoe in his nonfiction novel A Journal of the Plague Year (1722), the epidemic, rather than cutting a broad swath through London society, spared the wealthy and targeted the city’s hardest-pressed and least powerful—the workers serving the merchants and government officials whom the city quarantined and isolated. Bound to the middle-class households they served, these workers could hardly flee in the style of the care-free narrators of Giovanni Boccaccio’s Decameron (1353), a classic of plague literature that little resembles Defoe’s account.

The people left behind in 17th-century London had more in common with Defoe’s narrator, “H.F.” Unlike “the vast many people” who left the city as soon as they could and who were “chiefly from the west end of the town . . . that is to say, among the wealthiest of the people,” H.F., a single businessman, has stayed behind with his “family” (a few servants) and the goods deemed too precious to his livelihood to risk abandoning. In surveying the damage around him, H.F. shines a light on the predicament of London’s working poor.

Rather than offer escapist fantasy in the style of Boccaccio’s narrators, H.F. offers researched, journalistic realism (Defoe was five when the plague hit London, but he read extensively about the epidemic to lend his narrative authenticity, and evidence suggests H.F. are the initials of a relative of Defoe’s who survived the plague). Some of the most gripping passages in the Journal focus on the Londoners tasked with enabling the city’s strict quarantine and isolation policies, including the servants on whom the city depended in helping the middle classes cope with the measures.

In fact, as rendered by Defoe, the plight of London’s house servants, dead-cart drivers, and house watchmen recalls the situation of today’s grocery store employees, restaurant cooks, Amazon warehouse workers, and other “front line” employees. Like these low-income workers, many of plague-year London’s workers had no choice but to endanger themselves to help society reduce the rate of infection.

Perhaps the most pitiable class of these collateral victims was the “poor servants,” whose situation “was very dismal,” as H.F. says. Many found themselves either abandoned by fleeing households or turned out of doors. A dose of salt came from fortune-tellers—unscrupulous “quacks” who exploited the fears and anxieties of servants, maids in particular, to separate them from their meager wages. H.F. illustrates their plight with the tale of a maid-servant who had the bad luck to catch the plague in the home of a less than honorable master. Desperate to free himself from responsibility for her care, the man sent threatening letters to his alderman and the Lord Mayor demanding she be removed to a nearby “pest-house” or he would starve her to death.

In our plague year, the working poor and precariat have likewise been drafted into the role of hero.

Although the campaign failed, he was undeterred. After being locked in his house as mandated by the city, the man contrived errands for their designated watchman in order to break through a wall and flee with his wife and children, leaving the task of burying the maid to a nurse whom he also abandoned. H.F. states that stories such as this were common, but even well-treated servants faced more exposure to the plague than others because they ran errands and tended to the sick.

The Journal also depicts the hard lot of the dead-cart drivers and “buriers,” but the text’s treatment of these workers exposes the limitations of H.F.’s perspective. In matter-of-fact style, he relates witnessing someone’s illegal visit to a mass grave and learning to his surprise that the visitor is not a suicidal plague victim seeking to throw himself into the earth, a common occurrence. Instead, he is a widower who has followed a cart to its destination, hoping to see the bodies of his children and wife one final time. The narrator calmly relates, from the widower’s perspective, the horrifying spectacle that buriers and cart drivers probably witnessed on a daily basis:

[N]o sooner was the cart turned round and the bodies shot into the pit promiscuously, which was a surprise to [the widower], for he at least expected they would have been decently laid in, though indeed he was afterwards convinced that was impracticable; I say, no sooner did he see the sight but he cried out aloud, unable to contain himself. . . . The buriers ran to him and took him up, and in a little while he came to himself, and they led him away to the Pie Tavern . . . where, it seems, the man was known, and where they took care of him.

In relating these horrors, the passage is affecting but also odd: it shares nothing from the workers’ point of view. The contrast between this silence and the care taken to elicit feeling for the widower points to sharp boundaries on the narrator’s empathy. Considering the buriers’ brutalizing work, their ability to recognize the husband’s pain and console him seems almost magical, but the narrator takes this heroic sensitivity for granted. In this light, the exploitative and, ultimately, irrational treatment of essential workers (considering that, then as now, essential roles like “burier” are jobs and not shared duties) comes to seem, at its roots, a feature of the society, not a bug—or, for that matter, a flea.

In our plague year, the working poor and precariat have likewise been drafted into the role of hero. The self-employed find themselves risking death to pay rent, while hourly employees get time and a half, if they are lucky, for “heroically” packing boxes amid lax or absent workplace protections. As The New York Times recently reported, Amazon has expected warehouse workers to fulfill orders in the face of unsafe crowding and a lack of hand sanitizer, despite seeing a marked increase in profits after lockdowns began. Activism on the part of essential workers shows they know well enough that heroism without choice is not, in fact, heroism but sacrifice.

The high-profile case of an Amazon warehouse worker in Staten Island named Christian Smalls (Defoe would not have dared such heavy-handedness) is illustrative. Amazon fired him after he helped organize a strike over hazardous conditions there. The ensuing controversy suggests that while the country’s middle class has been locked down, America’s hidden class war has continued unabated. A leak to VICE News of internal notes about Amazon’s strategy for responding to the organizing suggests that the company is counting on class bias to undermine support for the budding movement. The report quotes Amazon’s general counsel as saying of Smalls, “He’s not smart, or articulate, and to the extent the press wants to focus on us versus him, we will be in a much stronger PR position than simply explaining for the umpteenth time how we’re trying to protect workers.”

For all the sympathy they elicit for some, narratives like Defoe’s are ultimately autocratic states in which the condition of having a voice and a say—not being “dumb”—is a privilege. History will likely judge our society based not only on how much attention we pay to the Christian Smalls and other heroes of our time, however improbably named they may be, but also on how we respond.

Michael Robinson is the author of scholarly articles on British Romanticism and 20th-century US literature. He is currently completing a book, Ornamental Community, about bookish subcultures of the long 19th century for Lexington Books. 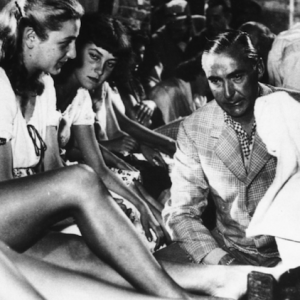 On May 21st at 7:30 pm. EST Community Bookstore is hosting a virtual conversation about Curzio Malaparte's Diary of a Foreigner...
© LitHub
Back to top