John Loughery on the Iconic Activist's Life and Legacy

John Loughery is the co-author of Dorothy Day: Dissenting Voice of the American Century with Blythe Randolph, out now from Simon & Schuster. He answered questions about what we can learn today from Day’s social progressivism, anarchism, and literary influences.

This seems like a particularly good moment in American political discourse to be thinking about Dorothy Day. Can you talk a bit about her life and legacy in the context of a renewed interest in democratic socialism?

This is a good moment in American life to give thought to the life and outlook of someone like Dorothy Day. From the 1920s until the time of her death in 1980, she worried that Western culture had lost its bearings without even realizing that the choices we were making were soul-destroying and pointing us toward a dire future. She saw a society that was becoming progressively more self-absorbed, less compassionate, manically preoccupied with comfort, security, entertainment, and technological innovation. “Make America Great Again” would have been an offensive slogan to her, beyond a doubt. Talk of walls and a triumphant nationalism would have distressed her. “Make America more caring, more spiritual, more centered, less voracious” would have been her idea of a better call to action. All of her writing and all of her work with the Catholic Worker are about suggesting there is another way to live.

While Day’s activism and political outlook appears to us in hindsight as a version of socialism, much of it was based in the Catholic theory of “distributism”—can you unpack that idea a bit, and where it’s situated on the political spectrum?

Dorothy Day was fundamentally an anarchist, not a socialist. She never registered with any party and, while she was not a Communist, refused to repudiate those Marxist governments that displayed any genuine concern for the poor. “Distributism,” on the other hand, spoke to her because it was less about electoral politics and party affiliation and more a philosophy concerned with individual empowerment and initiative.

The distributists, a group of British social theorists, were foes of big government and believed in the right to private property; they were as skeptical of socialism as they were of capitalism. They just wanted to see the goods and opportunities of a functioning society distributed more equitably. This, to them, meant that monopolies needed to be eliminated, mass production phased out, local ownership of factories encouraged, the pace of growth and urbanization slowed, and our absolute faith in science and technology rethought. Bigger was never better from the distributist perspective, and the more a man was master of his time and labor, the better. It was a wake-up call to a society that was becoming less personal and more corporate and dehumanized all the time. Some people thought this was a naively idealistic position for anyone to hold in the mid-20th century. Like G.K. Chesterton and Hilaire Belloc, Dorothy Day was a true believer.

Day was fearless and resolute throughout her life—what was it about the time and place she was born and raised, about her family life, that made her such a courageous worker for justice?

Some of Dorothy Day’s fierce commitment to social justice was a reaction against the world she grew up in. Coming from a conservative Republican family (with a racist father who had no interest in, and even a disdain for, religion), she never wanted to be part of that world; she read socially conscious books in adolescence (e.g., The Jungle) that her father didn’t approve of and attended socialist lectures at college, seeking a different path. I also think she took a good deal of pleasure at the irritation this caused the narrow-minded, philandering John Day. Anti-models, as much as models, often make a difference to intellectually inclined young people; that was certainly true in her case.

Then, breaking away from her family entirely in her late teens and early twenties, living among a progressive, free-spirited group of artists and political radicals in Greenwich Village c. 1917-1920, opened doors for her, provided affirmative if sometimes dysfunctional models. For a time, she found a more meaningful, or at least more exciting, life than the one her parents had planned for her. Finally, her sense that there was a God, a source of our morality and humanity, and that this God was calling her to be concerned with poverty and injustice amid American plenty, to take seriously Christ’s teachings in the New Testament, brought her down another path. Her conversion in the mid-1920s gave her life a rock-solid purpose that she hadn’t found at home or in the hedonism of Greenwich Village. Ultimately, Dorothy Day’s social progressivism has to be understood in a religious context; the spiritual and the political were linked in her mind.

Dorothy Day didn’t believe that voting for one party or another would make a significant difference in the ways that mattered to her.

Day was a big reader when young, and her views on life were notably influenced by books like Upton Sinclair’s The Jungle, as well writers like Dostoevsky and Tolstoy. Did she maintain her relationship to literature throughout her life?

Dorothy Day was a lifelong reader. The writers who moved her in adolescence and early adulthood—Upton Sinclair, Jack London, and especially Thomas De Quincey and Dostoevsky—mattered to her all her days. She always had a bag of books with her when she went on her month-long travels lecturing across the country, especially British novels. (She loved the Russian novelists for their intensity and spirituality, but was really a confirmed Anglophile in her literary tastes.) William James’ The Varieties of Religious Experience was a crucial text in leading her toward a faith she had been fighting against for years, and she was devoted to Chekhov. Having been involved with Eugene O’Neill when she was nineteen, she also never missed a chance to see and read O’Neill’s plays. She didn’t think much of American schools and formal education, but she did think you had to read a lot if you were going to be a fully formed adult and citizen.

Though this is a bit of hand grenade question, who do you think Day would vote for in the Democrat primaries?

Love this question. Answer: If she were alive today, Dorothy definitely wouldn’t be voting in the primaries, for anyone. She was arrested and brutalized in jail in D.C. after demonstrating in front of the White House for suffrage in 1917, but once women gained the right to vote, she never voted. She didn’t believe that voting for one party or another would make a significant difference in the ways that mattered to her. (Rather like Gore Vidal, who always insisted there was only one party in the U.S., the Party of Property, which had two wings, the Democratic and the Republican, she thought the differences between candidates tended to be negligible.) Wilson was a lying warmonger, in her view; the Harding-Coolidge-Hoover years were anathema to her from start to finish; she never thought well of FDR (his refusal to support an anti-lynching bill and his internment of the Nisei were unforgivable in her eyes nor did she think the New Deal was all that it was cracked up to be), and Truman through Nixon—Democrat or Republican—just led to more Cold War rhetoric, bigger Pentagon budgets, more nuclear weapons, more support for dictatorships abroad, needless deaths in Korea and Vietnam, out-of-control consumerism and abuse of the environment. She was probably right. 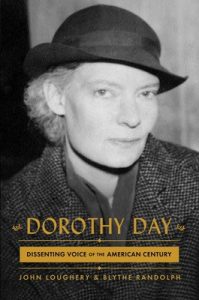 Dorothy Day: Dissenting Voice of the American Century by John Loughery and Blythe Randolph is available now via Simon & Schuster.

What China's Literary Community is Reading During the Coronavirus Pandemic 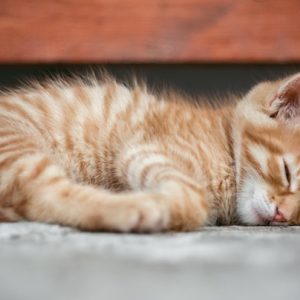 Sailors once believed that six-toed cats could bring good luck on ships. These so-called mitten cats were thought to make...
© LitHub
Back to top
Loading Comments...