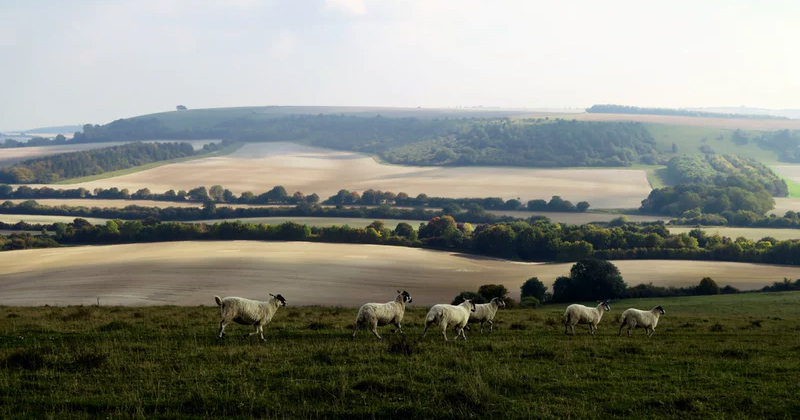 Dawn of Day on minor road to east—easy parking in unused gate entrance. Very much stands on its own with extensive views all round. Started at the entrance to Dawn of Day at Cross Ash. Nice gentle climb up the edge of fields to trig point. Would be fine views on a clear day but somewhat hazy today. From start of drive to dawn of day which i thought was going to be a sculpture. Walked up drive to Dawn of the Day, realised mistake and restarted on footpath on south side of their fence. Sign hidden in hedge IIRC. Operated SOTA from near the weather station. From east on FP by entrance to ‘DOW’ then left and followed fence to top and trig point. great views in all directions. From minor road to East, ROW past The Dawn of Day. Walk up field, through wood and across pasture. Fabulous views with plenty of bluebells

Parked on wide verge of minor road to W. (SO39567 20951)—Crossed road, climbed stile and took footpath up to stile into woods—Up through woods & across sheep pasture to trig point. (PM) Parked at 395210. An eventual ascent east into the woods before meeting atrack through the forest. I turned left for a short distance before heading up through the coniferous trees to the open top. With GB. 6/7 Park to west at bend in road and follow track up steep slopes to forest.

In forest head to right off track to top cross fence to trig pillar After an interesting stay in the Hope and Anchor at Ross on Wye, (great breakfast but the accommodation block has sloping floors and the external walls have several cracks) we were hoping for the weather to improve. Rain had stopped but still very foggy so I cant say much about this one as we couldn’t see further than 20m

I tried to delete

a speck of soup

has “finger-like” for the ease

with which a flower of

can be fitted over a human

My thoughts about boats

Started up path from west. From Grosmont village. Followed paths through fields and a wood to the east of the summit. Took a sneaky shortcut through a field with no ROW to pick up the path up the ridge to the summit. Back via the track through the forest. As per David Gradwell route—straightforward through pasture and woodland higher up. From road junction, up and down via three castle way. Up ProW to side of Dawn of Day for SOTA with Geoff Fielding. Up from layby in Cross Ash. Nice views towards Abergavenny. Bit hazy, but lovely views of Sugar Loaf, Blorenge and Skirrid. Need to find a route through the conifers to get to the summit, but possible. Followed the 3 castles walk over the hill Climbed from the eastern side. Straightforward. up track past house to domed top – mind the dogs! With Shaun Whittaker.

January falls on the roof that isn’t there

ow they’re in my mouth

Parked at 249 junction and took path through field and into wood to track. Walked S then straight up through wood to open summit field. Dry, good views. Lots of bluebells in wood. Finished 16:50 Parked on rough verge at SO 39572 20924. Public footpath through fields to stile at edge of wood. Steep section to track in wood. Turned right then left on small path to open fields. Turned left to stile then diagonally across sheep pasture to trig. From SW in the early morning dew. Took a direct route up from the east having parked opposite the entrance to Dawn of Day Cottage.

my forehead’s imprint on the window

in the foreground obscure where

the Abbey meets the earth, as though it

had floated free of its age

to give instruction to what

shall I call you. I don’t know if con

cealing the join between earth and

building points to an old desire

to float free of history

or in floating free gestures better

toward what is excluded from the

image, but the word wavers between

a noun and a verb. The night

you were born I imagined I saw

the time after you before

you arrived in the poem I pour

my ill-fitting poem into,

breaking the banks of the river the

train passes a splayed mirror beneath

Boring climb but nice views from the top and very moody with black clouds building up to the N. At gateway saying ‘Dawn of Day Cottage’. Good track up hill into open field with trig at top. Space to park on minor road at bottom of ROW near 249 spot height. Approached from SW via two fields then through woods and into top field to bag top and trig point. Good views today in moody weather. Great views. A good example of how nice a Marilyn can be.

in the shopping centre

vanishing behind the words for it

the Bay of Fundy

Parked at 249. Accessed from the SW, good views on a dry sunny morning. Pleasant stroll—lots of mist and saw nothing. Absolutely fantastic panoramic views all the way around.I wish i lived in that bungalow near the top

panoramic views all the way around

but I was talking about trains

how they facilitate collaboration, that it

is impossible to tell which poet wrote which line

which is a line, of course, I can tell, or I think

and that to be stationary and in motion at once

I say, in my first lecture, which is my interview presentation regurgitated

is what reading is like, how time is layered

into the paint. In the lecture

the poet died, and I didn’t know him well enough

but I can, just from the little inflections

catch myself completing the sentence

incorrectly: but that’s not where I was

going in the dark, in the poem

it’s possible to see one poet teaching the other

to look out of the window, to say

did you really understand what I meant by that

snow its in my

Started at 7.10 am from just south of the 249m spot height on the minor road. Up via the footpath managing to slip of stile and gash my leg good start. Trig found easily despite low level cloud. Having seen Robin nr Oxford after his climbing accident with broken legs (now mended) drove to Ross on Wye—slept in car, up at 6.30 am—lovely sunrise Up through fields and wood to summit. Drove back t Sheffield. Full of cold

on the glossy horizon

550′ up over sheep pastures and into wood. Extensive felling made for a vigorous scramble over fallen boughs and debris to grassy dome. Date is first visit. Notes from later…messy route but pleasant hill (albeit in mist & near-dark). fp from 396209, find way thru conifers to summit pasture From SW via woods. Turnips in field @ top. Small bagging trip with brother, we made it a leisure drive for Mom as well. Parked at space on minor road at bottom of ROW near pt. 249m, up ROW from there and to trig point in pasture, just of ROWs. Cloudy, fair views. Did Garway Hill, just 6 km away,after lunch. Superb views all round—Malverns, Bredon Hill, Black Mountain, Abergavenny 3 Peaks, Cleeve Hill & Mendips all visible from trig point in middle of field (S6428) Missed footpath sign and ended up outside bungalow where we were confronted by owner. We explained our error and we were redirected back to the road and the path which runs parallel with the driveway to the aforementioned bungalow. Otherwise, no problem other than summit in cabbages. Up here in the snow 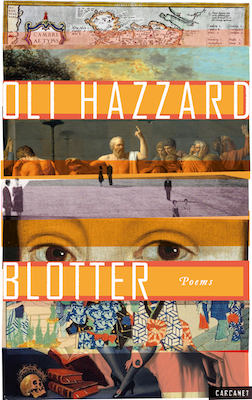 From Blotter. Used with permission of the publisher, Carcanet. Copyright © 2018 by Oli Hazzard.

Oli Hazzard is the author of Between Two Windows, for which he received the Michael Murphy Memorial Prize and a 2013 Eric Gregory Award. His most recent book is Blotter. He teaches at the University of St Andrews.

Everything You Always Wanted to Know About Writing Obituaries 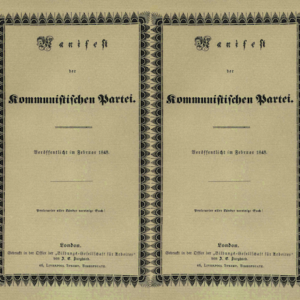