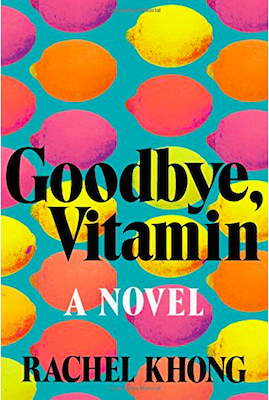 The following is from Rachel Khong’s novel, Goodbye, Vitamin. Newly disengaged from her fiancé, 30-year-old Ruth quits her job, leaves town, & arrives at her parents’ home to find that situation more complicated than she thought. Rachel Khong was the managing editor then executive editor of Lucky Peach magazine. Her fiction and nonfiction have appeared in Joyland, American Short Fiction, The San Francisco Chronicle, and elsewhere.

Tonight a man found Dad’s pants in a tree lit with Christmas lights. The stranger called and said, “I have some pants? Belonging to a Howard Young?”

“Well, shit,” I said. I put the phone down to verify that Dad was home and had pants on. He was, and did.

Yesterday, on Mom’s orders, I’d written his name and our number in permanent marker onto the tags of all his clothes.

Apparently what he’s done, in protest, is pitched the numbered clothing into trees. Up and down Euclid, his slacks and shirts hang from the branches. The downtown trees have their holiday lights in them, and this man who called had, while driving, noticed the clothes, illuminated.

In the morning, where I go to fetch them, city workers are removing the lights from the trees and the decorative bows from the lampposts. One man unties a bow and tosses it to his partner on the ground. All the great bright gold bows are piled in the bed of an enormous pick-up truck parked in the plaza.

In that same plaza, a frustrated man is saying to his dog, “Why are you being this way?” A baby in a stroller is wearing sunglasses.

“Dad, all my hard work,” I say, later at home. I’ve collected a pair of pants, two shirts, a few knotted-up ties.

“Now that’s unnecessary,” Dad says, angrily, when I return them.

I got here on Christmas Eve. I’m home for the holidays, like you’re supposed to be. It’s the first time in a long time. Under ordinary circumstances—the circumstances that had become ordinary—I would have gone to Joel’s. His mother would have popped popcorn for garlands and his father would have baked a stollen. His twin brother would have hit on me. In the bathroom, there would have been a new, grocery-brand toothbrush with a gift label on it, my name in his mother’s handwriting: ruth.

This year, with nowhere to go—no Joel and no Charleston—I made the drive down. It’s been three or four Christmases away. From San Francisco, where I live, it would have been an easy six hours south. “Up to you,” Joel would say, but I always chose Charleston. “Merry Christmas,” we’d tell my parents over speakerphone.

Except for Linus gone, everything was the same. Mom had decorated her biggest potted ficus in tinsel and lights, and with the ornaments we’d made as kids—painted macaroni framing our school pictures, ancient peanuts I’d painted into snowmen with apathetic faces. She’d hung our stockings over the fireplace, even Linus’s. When I asked if I could shell a snowman—to see what the twenty-year-old peanut inside looked like—Mom said, sternly, “Don’t you dare.”

Christmas morning, Dad pulled out a small, worn, red notebook. He explained he’s kept it since I was very little. Inside there are letters to me. He’d been waiting for the proper time to share them, but it had slipped his mind—wouldn’t you know—until now. He showed me a page from this notebook:

Today you asked me where metal comes from. You asked me what flavor are germs. You were distressed because your pair of gloves had gone missing. When I asked you for a description, you said: they are sort of shaped like my hands.

Then he closed the notebook, very suddenly, and said, as though angry, “That’s enough.”

Now Mom is asking if I could stay a while, to keep an extra eye on things.

By things she means Dad, whose mind is not what it used to be.

It comes as a surprise. Things aren’t so bad—Dad doesn’t seem any different—on top of which, my mother hates to ask for anything.

“Just the year,” Mom repeats, when I can’t manage to answer. “Think about it.”

On my way to the bathroom, I catch my mother shouting, “No, no, no! You’re expensive!” to a vitamin she’s dropped. Gingko, I think.

The first things started approximately last year: Dad forgetting his wallet, forgetting faces, forgetting to turn the faucet off. Then it was bumping into things and feeling tired even after full nights of sleep. That he’d been a drinker, Dr. Lung said, didn’t help.

There is, presently, no single test or scan that can diagnose dementia with complete accuracy. It’s only after the person is dead that you can cut his or her brain open and look for telltale plaques and tangles. For now, it’s process of elimination. What we have are tests that rule out other possible causes of memory loss. In diagnosing Alzheimer’s, doctors can only tell you everything that it isn’t.

What my father doesn’t have: hyperthyroidism, a kidney or liver disorder, an infection, a nutritional deficiency. Deficiencies of vitamin B-12 and folic acid can cause memory loss and are treatable.

From Goodbye, Vitamin. Used with permission of Henry Holt and Co. Copyright © 2017 by Rachel Khong.

So You've Decided to Write: On Editing James Salter 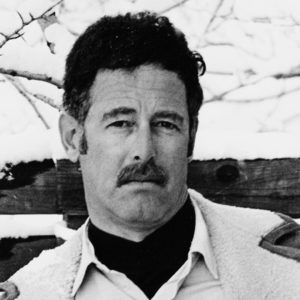 So You've Decided to Write: On Editing James Salter You had to find things out about Jim Salter. He never volunteered, never talked about himself, never. If you asked, he would...
© LitHub
Back to top