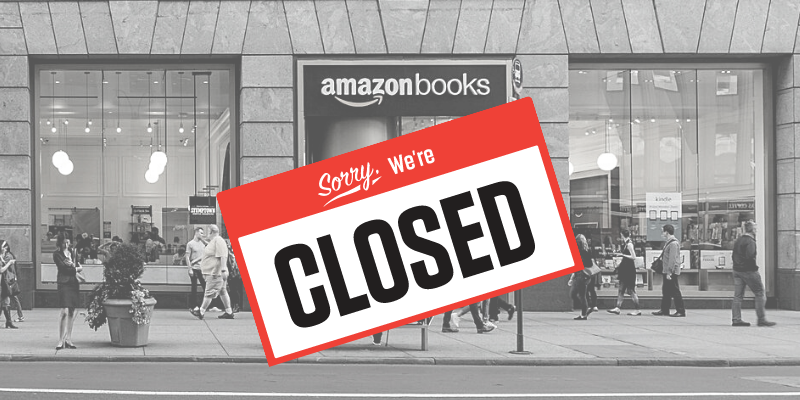 Ding dong! The wicked witch is dead! Or at least, it will no longer linger on our streets. Amazon dot com has just announced that it plans to close all 68 of its brick-and-mortar bookstores in the US and the UK.

Why Amazon even opened physical bookstores is a mystery to me, since their existence hinged on sidelining other (non-Internet) book retailers. As expertly depicted in You’ve Got Mail, there was a time when the chain store Barnes & Noble was the only big bad wolf on the block. Back in my day, there was a store called Borders! And this is to say nothing of the countless independent bookstores that have suffered at the hands of this greedy Goliath.

Readers of this site obviously don’t need a reminder why Amazon is bad. They treat their employees terribly. They disseminate misinformation and break sales embargoes, which hurts small bookstores. The list could go on.

Thankfully, Amazon’s shares are down more than 8% this year, and it’s seeing the worst growth since the turn of the century. I know that probably isn’t enough to really hurt it given its sheer size, but it’s something I’m choosing to take as good news today. Suck it, Bezos. Apparently, the company will be focusing on their cashierless technology and (wait for it) their new “Style stores.” Okay.

Anyway, go celebrate the closing of this horrid chapter with a trip to your local indie bookstore.