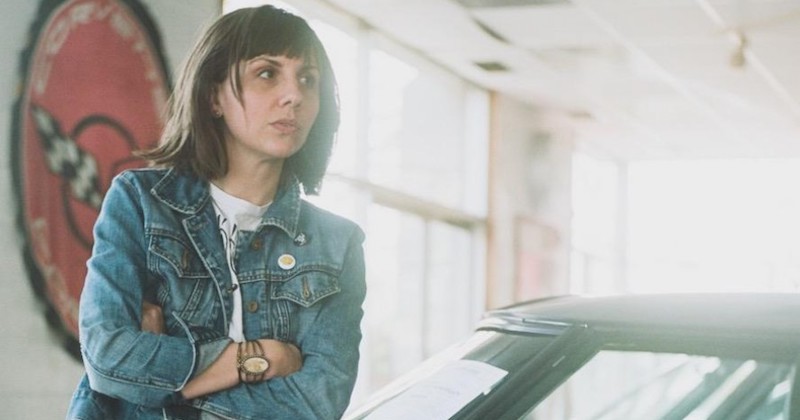 “Good criticism has integrity.” Jessica Hopper on how to be a critic (and who’s doing it right).

Chicago-based music critic, producer, and author Jessica Hopper is far from a newbie. Hopper, who began writing music criticism at the age of 15, is releasing an expanded, revised edition of her critically-acclaimed book The First Collection of Criticism by a Living Female Rock Critic.

The book is just one facet of Hopper’s lucrative track record, as her bylines are nothing to scoff at. She’s written for GQ, Rolling Stone, the New York Times Magazine, the Guardian, Elle, and Bookforum. And before Viacom decided to pull the plug on MTV News (RIP), she was the site’s Editorial Director, where she edited noteworthy writers such as Carvell Wallace and Hanif Abdurraqib. She also served as Senior Editor at Pitchfork and Rookie. It’s safe to say that Hopper has gathered a wealth of knowledge about the foundations of good criticism, which was in full display in an interview with The Creative Independent.

When asked how she would identify good criticism, Hopper said, “Good criticism has integrity. It has a distinct point of view, and it invites people into the work. And if you’d asked me this seven years ago I would have had a different answer.”

Hopper went on to share the list of writers she considers to be examples of masterful critics:

Hanif’s a whole revolution in music journalism—these incredible bounds of astuteness and tenderness. The way his work invites people in is continually a revelation for me. It helps me unlearn some of the school of criticism that I came from. It’s helped me disregard some things that I think are not useful in my writing, which is “always be right,” and an invulnerability that’s macho and comes from that old CREEM school: “I’m right, even when I’m wrong.” There’s a snobbiness about that which I’ve been trying to shake that loose for a decade. I’m so grateful for his work. For Carvell’s work. Doreen [St. Félix]. Everything Doreen writes, of course.

She also sang the praises of Rebecca Solnit, citing the author’s memoir, Recollections of My Non-Existence, as an influence.

So, Hopper’s tips for good criticism boil down to: have something to say, and stick to it. Certainly, the writers she highlighted not only offer engaging, interesting work but have a distinct voice that stands out. If you’re thinking of going into criticism, Hopper’s advice is something to keep in mind.