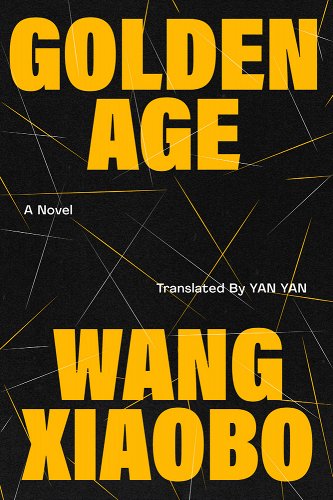 The following is from Wang Xiaobo's Golden Age, translated from the Chinese by Yan Yan. Xiaobo was born in Beijing in 1952 and died of a heart attack on April 11, 1997. His novels Golden Age and The Future World won the United Daily News [Taiwan] Award for Novel twice. He is also the author of the essay collections A Maverick Pig and The Silent Majority.

I was twenty-one years old, stationed at a commune in Yunnan. Chen Qingyang was twenty-six, working as a doctor in the same place. I was in Team 14 at the bottom of the hill. She was in Team 15 up at the top. One day, she came down from the mountain to ask me whether she was a loose woman, a so-called old shoe. I didn’t know her at the time, I had only heard of her. What she wanted to talk about was this: even though everyone called her an old shoe, she didn’t think it was true. Her theory was that loose women steal men, and she had never stolen anything, let alone anyone’s man. Even with her husband having spent the past year behind bars, she had never taken a lover. And even before that, she had never done it. Therefore, she just couldn’t understand why everyone called her an old shoe. Comforting her would have been easy. I could have done it just through logic. If Chen Qingyang was an old shoe, then she must have had affairs, and those men, at least one of them, must still be around to testify. So far, no such person could be found; therefore, calling Chen Qingyang an old shoe was unfounded. But still, what I said to her was, Chen Qingyang you are definitely an old shoe, there is no doubt about it. The whole thing with Chen Qingyang asking me to prove that she wasn’t an old shoe started when I went to her for a shot. The story went as follows: during the busy planting season, our captain didn’t hand me a plow, but asked me to plant rice seedlings instead, so that most of the time my back was bent downward. As anyone who knows me also knows I have an old injury to my lower back, and I stand over 1.9 meters tall. After a month of transplanting, I was in so much pain that I needed a cortisone shot just to go to sleep. Our infirmary only had a bunch of old busted needles with barbed tips that ripped the flesh straight out. They left my lower back looking like it had been shot with a shotgun, leaving lingering shrapnel wounds. It was then that I remembered that Team 15’s Chen Qingyang was a graduate of the Beijing Medical University. I figured she could probably tell a needle from a fishhook, so I went to her to get treated. It wasn’t more than thirty minutes after I returned from the doctor’s visit that she came barging into my hut, asking me to prove that she wasn’t an old shoe.

Chen Qingyang said, it wasn’t that she had anything against loose women. As far as she could tell, they tended to be kind, helpful people who hated to let anyone down. She had some admiration for them. But the point wasn’t if they were worthy women or not, it was just that she was not one of them. It was just like how cats weren’t dogs. If a cat had found itself being called a dog, it also would have felt uncomfortable. With everyone calling her an old shoe, even she herself was beginning to question what she was.

Chen Qingyang appeared in my hut wearing a white doctor’s medical gown with bare arms and legs. It was the way she had looked earlier in the infirmary with the exception of a handkerchief tied around her long hair and a pair of flip-flops on her feet. The sight of her led me to wonder: was she wearing anything under that white gown, or was she not? The fact that she didn’t care what she wore was proof of Chen Qingyang’s beauty. She had the sort of confidence that had been nurtured from a young age. I told her she really was an old shoe and began to explain: the term loose old shoe is a stereotype. If everyone calls you an old shoe, then that is what you are. It doesn’t have to obey logic. If everyone says you are having an affair, then you must be having an affair. You can’t reason with it. As for why everyone wants to call you an old shoe, I think the reason was this: everyone believes that the kind of married woman who doesn’t have affairs should have leathery faces and saggy breasts. Your face isn’t leathery and your breasts don’t sag; therefore, you must be what they say. If you don’t want to be an old shoe, then you should weather your face and let your breasts sag. Only then will people stop calling you an old shoe. Of course, that would be quite a sacrifice. If you aren’t inclined to make such a sacrifice, then you should just have an affair. That way, even you will agree that you are an old shoe. They don’t need to figure out if you really had affairs before calling you an old shoe. You are the only one responsible for making sure that no one can call you names. When Chen Qingyang heard these words, her face turned red and her eyes bulged out. She looked like she wanted to slap me in the face. This woman was notorious for her generous slaps, many had felt the heat of her palm on their cheeks. But she sighed and said, “Fine, whatever, but what is or isn’t leathery or saggy is none of your business.” She added that if I pondered these things too much, I would probably get slapped.

That was twenty years ago. I can still picture Chen Qingyang and me exchanging words about old shoes. My face was tawny and my parched lips were specked with shreds of paper and tobacco. My hair was like the mess of a bird’s nest. I wore a tattered army coat with more than a few taped-up patches. With one leg over the other, slouching on my wooden plank bed, I looked like a hooligan.

You can only imagine how Chen Qingyang must have felt listening to a guy talk about saggy breasts, how her palm must have itched. It made her neurotic that it was always healthy, strong men coming to see her at the infirmary. They weren’t sick. They weren’t interested in seeing a doctor. They just wanted to see her. I was the only exception. My lower back looked like I had two farm rakes built in it. Never mind the pain, the cavities alone warranted a visit to the doctor. Those cavities somehow gave her hope that I could prove she was not a slut. Having one person believe it was qualitatively different from having no one believe it at all. But I let her down.

My thinking went like this: if I had wanted to prove that she wasn’t an old shoe, and that my will to do so would have been proof enough of her innocence, then life would have been too easy. In truth, I couldn’t prove anything aside from some mundane facts that needed no further proof. In the spring, the captain accused me of shooting out his dog’s left eye, forcing it to constantly tilt its head like a ballerina. After that, the captain began giving me a hard time. If I had wanted to prove my innocence, I could have asserted the following:

2. Said dog was born without a left eye;

Of the three assertions, none was true. The captain did, in fact, own a brown dog. Said brown dog’s left eye was, in fact, blinded after birth. And not only was I capable of pulling a trigger, I was quite a good shot. Not long before the incident, I had borrowed an air gun from Luo Xiaosi. Using a bowl of mung beans as ammunition, I exterminated a kilogram of rats in the empty silo. Of course, I wasn’t the only sharpshooter in our team. Luo wasn’t bad either. The air gun belonged to him and when he shot the dog blind, I was standing next to him, watching. I wasn’t one to tattle. Luo and I were pretty close. Besides, if the captain had had the balls to confront Luo Xiaosi, he wouldn’t have had to pick on me. So I kept quiet, and quiet meant guilty. That was how I ended up transplanting rice seedlings in the spring keeled over like a broken utility pole. After the fall harvest, I was ordered to herd oxen again. It meant no warm meal for me all day. Of course I didn’t just give in. One day, at the top of a hill, when I just happened to have Luo’s air gun with me, the captain’s brown dog crossed my path. I took the opportunity to put a bullet in its right eye. The dog was blind in both eyes now and couldn’t have found its way home for the captain to find out—heaven knows where it ran off to.

I remember in those days, other than herding oxen and lying in bed, I didn’t do much of anything. It was like the world had nothing to do with me. But once more, Chen Qingyang came down the hill to look for me. Apparently, there was a rumor that Chen Qingyang and I were having an affair. She wanted me to prove our innocence. I said, to prove our innocence, we must prove one of the following:

1. Chen Qingyang is a virgin;

2. I was born without a penis.

Both of these propositions were hard to prove; therefore, we couldn’t prove our innocence. In fact, I was leaning more toward proving that we weren’t innocent. When Chen Qingyang heard these words, she first turned white with anger, then red, then without a word she stood up and left.

Chen Qingyang later said, that from the start, I was an asshole. The first time she asked me to prove her innocence, I rolled my eyes and spewed a bunch of nonsense. The second time she asked me to prove our innocence, I ended up offering her a serious proposal for sexual intercourse. She decided then that she was going to slap me sooner or later. Had I known what she was up to, perhaps the following events would not have happened.

Excerpted from Golden Age by Wang Xiaobo, translated from the Chinese by Yan Yan. Published by Astra House. Translation copyright © 2022 by Yan Yan. All rights reserved.. 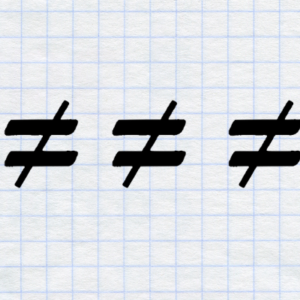 Book bans vs. boardrooms: on Pamela Paul’s false equivalencies. Literary Twitter was not thrilled with Pamela Paul’s most recent New York Times op-ed, which was just another iteration...
© LitHub
Back to top