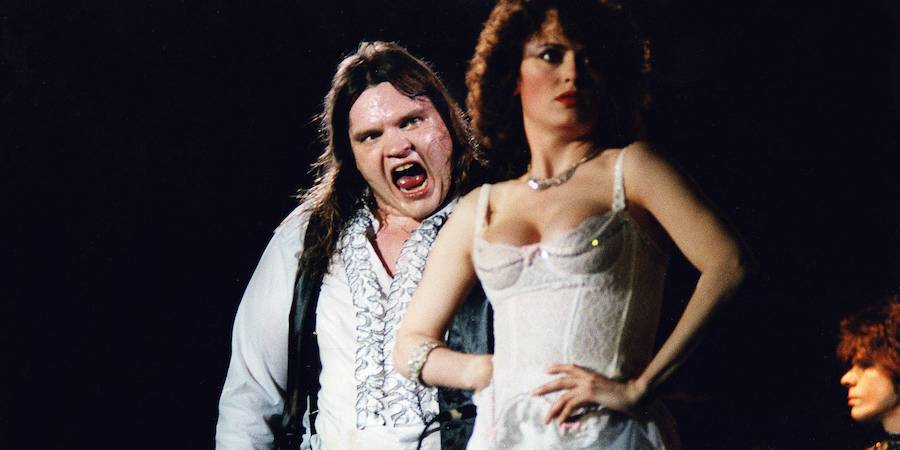 God of Teenage Appetites: On the Undeniable Allure of Meat Loaf

When I saw Meat Loaf’s iconic I Would Do Anything For Love (But I Won’t Do That) for the first time on MTV, I had just finished eighth grade. It was… I mean… oh my god. This music video had everything: revving engine sounds; a mausoleum; a Michael Bay-directed helicopter, car, and motorcycle chase; a foggy blue forest; angst; a sexy fat man in Halloween makeup smashing a literal hall of mirrors; flashlights; dorky lyrics; sexual longing; an opulent bi-curious bedroom set, lesbian succubi absolutely included; and so, so many candles. It was a power ballad missile of queasy erotic awakening aimed straight at my 14-year-old heart.

I was powerless to resist it.

The pure old-fashioned melodrama of it all. The absolute cheesiness. The passion. It was glorious. It was ridiculous. It was histrionic. It was camp as fuck. It was a music video that asked, what if Quasimodo was an over-the-top bombastic 70s rock star and also sang like the Phantom of the Opera? What if a floor-length white dress could also show your whole underwear? What if you followed a fugitive hunchback through the dark woods and then bathed in your clothes by the light of a thousand burning tapers? What if backup singers? What if lightning? What if chandeliers?

If you were unmoved by this kind of thing, even in middle school, then fine, but you are not my people.

That year I started to write a novel about… I’m not even sure. An enormous gothic house on a moor. An historical romance love triangle about two brothers who loved the same woman, and of course it was all very tortured. Cold silk on pale skin. Lots of blue light and fog. Surely someone would die of consumption. I was exactly the right age for this video, the age when sex goes from “eew” to “hmm, tell me more.” I wanted some of whatever Meat Loaf and Michael Bay were selling.

It wasn’t that I wanted him, the ‘Loaf himself—I didn’t have any crushes on adult men at that age, not even celebrities—but I wanted that hunger. I wanted to be hungered for like that, to be the object of it. After all, this was what young girls my age had been taught to desire above all else: to be the object of that kind of hunger. We desired to be desired.

What is that sick feeling that so often comes with desire? What part of us wants to love the Beast?

That is the thing about Meat Loaf that can be lost on the uninitiated, on those who haven’t seen the truly searing conviction with which he made out onstage with Karla DeVito while performing Paradise by the Dashboard Light: Meat Loaf in his corpulent prime was a future queer icon, an androgynous man who was femme but in a butch way, a Dionysian god of teenage appetites; fat, sweaty, and way too sincere.

The Anything For Love video was an obvious Beauty and the Beast story, too, a fairy tale which has always been an allegory for arranged marriage, intended for young girls. Hang in there, it seems to say. Have patience and the beast in your bed will turn into a power ballad-belting prince one day. The Beast, the monster, is a stand-in for the outsider, the stranger, the foreigner; the adult man when you are still a child who fixes you with a sexual gaze; the man from another tribe who you’ve been sent to live with and to bed.

Monsters and sex have always gone hand in hand. They exist on the titillating border between disgust and desire, between the forbidden and the inevitable. For women especially, the experience of sexual contact is positioned on a spectrum so broad it is unrivaled by almost anything else, from the transcendently positive on the one end, to the worst thing that has ever happened to you on the other, an act of utter destruction. Sometimes, in the fertile imagination at least, those poles can become blurred.

Popular culture is full of the persistent allure of the monster, from Bela Lugosi’s Dracula to the Asset in The Shape of Water. Even when the monster himself is not the object of desire—and the alluring yet physically repulsive is always male—we still love to contrast the beauty of a girl against the hideousness of some creature. Fay Wray’s loveliness seems all the more fragile when caught in the enormous fist of King Kong. The monsters of 1950s B movies were always shown in posters with the limp body of an attractive young woman, carried in scaly arms or slung over hairy shoulders.

What is that sick feeling that so often comes with desire? What part of us wants to love the Beast?

Beauty and the Beast is also a story for the sexual awakening most of us go through in adolescence, when we are both beauty and beast. Sex itself presents as monstrous, frightening, a foreign land full of dangers and things that repulsed our child minds. In our newly adult-adjacent bodies we may find ourselves for the first time as objects to be desired, and not always appropriately. But we are also the Beast, suddenly deformed and harboring desperate longings; with squawking voices and lumbering posture, sprouting lumps, hair, and inconvenient protrusions.

It was glorious. It was ridiculous. It was histrionic. It was camp as fuck.

The fascination with sex and monsters comes, I think, from this borderland, which we all inhabited at one time, when the disgust mechanisms ingrained in our childhood selves served to protect us from sexuality and its destructive forces. Then the walls are breached, and eroticism seeps in.

Meat Loaf seeps in too. Or rather, he bursts through the walls on a motorcycle like a sexy, leather-clad Kool-Aid man.

For the record, these are the things that Meat Loaf won’t do, as stated in the song:

1. lie to you
2. forget the way you feel right now
3. forgive himself if you don’t go all the way
4. do it better then he does it with you (so long)
5. stop dreaming of you every night of his life
6. see that it’s time to move on
7. be screwing around 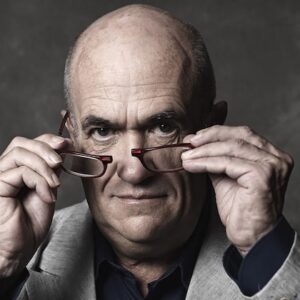 It is "quite an exciting time to be a reader in Ireland." So says Colm Tóibín, who has just been named the new laureate...
© LitHub
Back to top