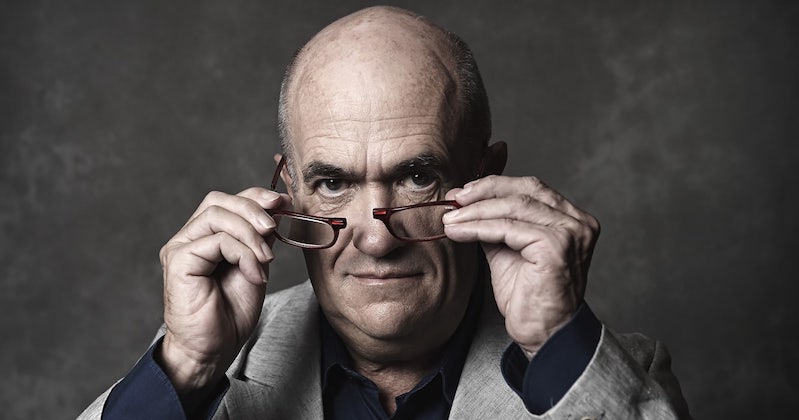 It is “quite an exciting time to be a reader in Ireland.” So says Colm Tóibín, who has just been named the new laureate for Irish fiction.

Now you, a provocateur, might ask, “Isn’t it always an exciting time to be a reader in Ireland, on account of you guys get 250 days of rain a year and there’s fuck-all else to do but stay inside and read?” and to that I would say, “shut up” and “rude” and “Netflix.”

Anyway, Colm is right, and I’m glad he’s our new laureate. Tóibín, one of Ireland’s most acclaimed and beloved writers, takes over the three-year role from Sebastian Barry, who succeeded inaugural laureate Anne Enright back in 2018. The prestigious position was created by the Arts Council of Ireland back in 2015 to “acknowledge the contribution of fiction writers to Irish artistic and cultural life,” as well as to encourage new writers, and engagement with “high quality Irish fiction.”

“I will do what I can to work with a community of readers so that fiction continues to enrich our lives, allow us to see the world more clearly, or with a deepened sense of mystery,” said the author—whose most famous works include The Master (which won a slew of awards), Brooklyn (a bestseller and Costa Prize winner that became an Academy Award-nominated film) and The Testament of Mary (a superb, and Tony-nominated, one-woman play which briefly ran on Broadway back in 2013)—of his new role. “I will also work with fellow writers and aspiring writers to enhance the role novels and stories play in Irish life.”