Philip Roth, one of the most important writers of the last century, would have been 86 years old today. He was prolific, much-lauded, much-loved (by some), and much-derided (by others)—but whatever you think of him, it’s hard to come up with another writer who has had a wider impact on contemporary American letters. On his birthday, the first since his death last May, I looked through some of his most interesting interviews to see what he had to say about the art of writing. After all, if you’re looking for writing advice, you could do a lot worse than taking it from a giant of American literature.

Learn how to sit still.

“Writing isn’t hard work, it’s a nightmare. Coal mining is hard work. This is a nightmare. . . . There’s a tremendous uncertainty that’s built into the profession, a sustained level of doubt that supports you in some way. A good doctor isn’t in a battle with his work. In most professions there’s a beginning, a middle, and an end. With writing, it’s always beginning again. Temperamentally, we need that newness. There is a lot of repetition in the work. In fact, one skill that every writer needs is the ability to sit still in the deeply uneventful business.”

-as quoted in Daily Rituals by Mason Currey

What matters most isn’t there at all [at the beginning]. I don’t mean the solutions to problems, I mean the problems themselves. You’re looking, as you begin, for what’s going to resist you. You’re looking for trouble. Sometimes in the beginning uncertainty arises not because the writing is difficult, but because it isn’t difficult enough. Fluency can be a sign that nothing is happening; fluency can actually be my signal to stop, while being in the dark from sentence to sentence is what convinces me to go on.

If you write every day, eventually you’ll have a book.

-from a 2009 interview with Tina Brown for The Daily Beast

Choose your point of view with care.

How does it feel looking through a microscope, when you adjust the focus? Everything depends upon how close you want to bring the naked object to the naked eye. And vice versa. Depends on what you want to magnify, and to what power.

Learn to edit yourself.

Part of being a writer is being able to read what you’ve written and see what’s missing, see what needs development, see what’s suggested by what you wrote. It’s like a trampoline. You know, you’re jumping up and down on this draft, and each jump is an idea.

-from an interview with Robert Siegel at NPR

Write towards what works for the story (or for you).

Solving the problem of the book you’re writing always remains hard work, and your progress is snail-like. Even if you write a book in two years, sometimes you get a page a day, sometimes you get no pages … every sentence raises a problem, and essentially what you’re doing is connecting one sentence to the next. And you write a sentence and you have to figure out what comes next or what doesn’t come next.

[I spend months] looking at the manuscript and saying, “This is wrong—but what’s wrong?” I ask myself, “If this book were a dream, it would be a dream of what?” But when I’m asking this I’m also trying to believe in what I’ve written, to forget that it’s writing and to say, “This has taken place,” even if it hasn’t. The idea is to perceive your invention as a reality that can be understood as a dream. The idea is to turn flesh and blood into literary characters and literary characters into flesh and blood.

Stuck? Go for a walk.

If I’m stuck, and I often am stuck, I walk out the door and I’m in the woods. I walk around for 10 minutes, and I come back and try again.

-as told to The Guardian

Don’t shy away from difficulty.

John Berryman said that for a writer any ordeal that doesn’t kill him is terrific. The fact that his ordeal did finally kill him doesn’t make what he was saying wrong.

Of course, you bank on your experience, but as a sounding board. It isn’t that you write down what happens to you every day—you wouldn’t be a writer if you did that. But it gives you a sense of, you know, from your experience what life is like, and you weigh what you invent against your sense of actuality.

If I hadn’t been analyzed I wouldn’t have written Portnoy’s Complaint as I wrote it, or My Life as a Man as I wrote it, nor would The Breast resemble itself. Nor would I resemble myself. The experience of psychoanalysis was probably more useful to me as a writer than as a neurotic, although there may be a false distinction there. It’s an experience that I shared with tens of thousands of baffled people, and anything that powerful in the private domain that joins a writer to his generation, to his class, to his moment, is tremendously important for him, providing that afterwards he can separate himself enough to examine the experience objectively, imaginatively, in the writing clinic.

You’ll start from scratch every time, but that’s all right.

You begin every book as an amateur and as a dummy. And in the writing, you discover the book. Of course, you’re in charge. But gradually by writing sentence after sentence, the book, as it were, reveals itself through your language.

-from a 2006 interview with Terry Gross

Turn yourself into someone else.

It’s all the art of impersonation, isn’t it? That’s the fundamental novelistic gift. . . . There has to be some pleasure in this job, and that’s it. To go around in disguise. To act a character. To pass oneself off as what one is not. To pretend. The sly and cunning masquerade. . . . You don’t necessarily, as a writer, have to abandon your biography completely to engage in an act of impersonation. It may be more intriguing when you don’t. You distort it, caricature it, parody it, you torture and subvert it, you exploit it—all to give the biography that dimension that will excite your verbal life.

I would quit while you’re ahead. Really, it’s an awful field. Just torture. Awful. You write and write, and you have to throw almost all of it away because it’s not any good. I would say just stop now. You don’t want to do this to yourself. That’s my advice to you.

-as told to writer Julian Tepper, who reported it in The Paris Review in 2012

On the Poetic Legacy of W.S. Merwin 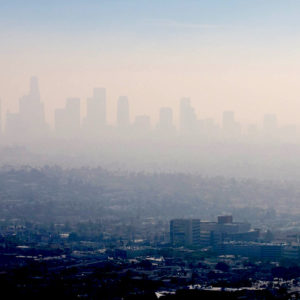 Earthquakes are happening constantly around the world. The seismic network that measures earthquakes in Southern California,...
© LitHub
Back to top