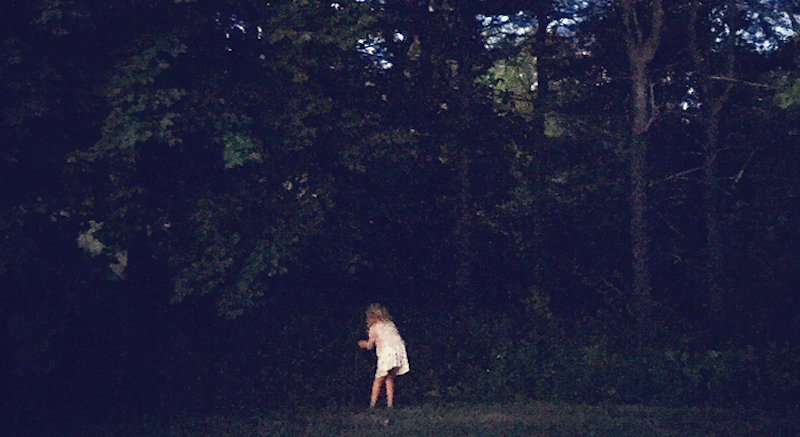 Writers and Photographers Explore the Collision of Nature and Girlhood

Girls In Trees was inspired by the casual, offhand photos of my daughter taken during summers spent in a Hudson Valley apple orchard. Knees slung over branches, her body became a reversal: head hanging near the ground, feet closer to the clouds. Her position perilous; her face radiant.

I was interested to see if other artists, including photographers, novelists, painters and poets, experience this moment of fleeting beauty in their work, in their lives. The result is the spontaneous, sudden collection you see here. Dreamt up in August, the exhibition opened two months later at Instar Lodge, a new art space founded by the artist Dawn Breeze. The former Odd Fellows Hall, still with dusty old men’s pianos and flags bearing fraternal mottos, seemed a perversely fitting place for these images and stories of girls run amok. Many of the artists crossed genres—sculptors Julianne Swartz and Diann Bauer contribute iPhone photos of girls alone in nature, informal images that nonetheless contain a mythical force. Renowned French photographer Brigitte Lacombe captures a young girl swinging wildly in a lush, Edenic landscape, while Samantha Hunt’s short story “All Hands” offers a near apocalyptic vision of teenage girls as a “flood”—”beautiful daughters . . . making their way to the sea.” Nick Flynn’s poem also invokes this feral splendor, imagining a time “in the beginning” when “girls hid in trees . . . with stones heavy in their hands.” Other work here is defiantly playful, yet charged with innocence and awe. Painter Lisa Sanditz gives us her teenage letters sent home from Camp Taum Sauk; 11-year-old Theodora Hirmes offers a careful embroidery of her favorite tree. There are unexpected echoes—two startlingly talented young women, Madison Emond and Devyn Defoe, both portray a fallen tree as hiding place, forsaken forests as a shelter and refuge.

Together, these works capture, in a range of ways, the moments when girls are precarious, agile, careless, carefree. Moments before they are girls in cars, in uniforms, in schools, in contained and restrictive spaces. It is our hope that Girls In Trees will incite more of these moments, when wilderness and childhood collude, when girls escape and transcend the ordinary world. 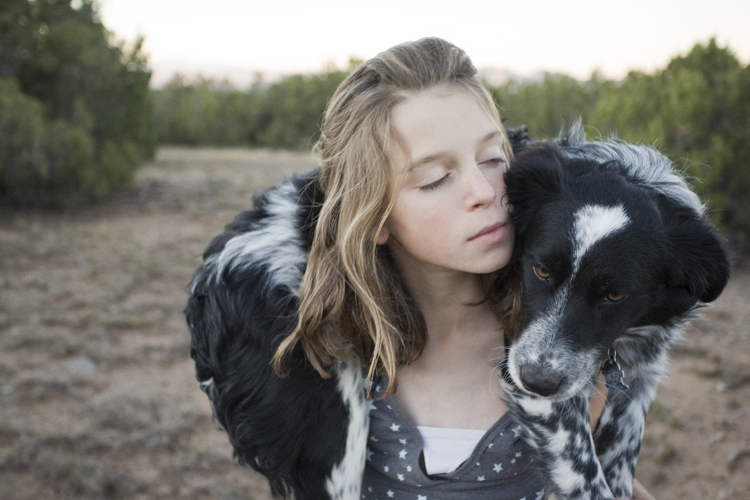 When I Was a Girl
Nick Flynn

When I was a girl, climbing outside my
body, every eye I

felt, my legs no longer
mine.  A circle

be Yard Boss, you can do

my whipping for me. If I
want the rest to carry me they will

a moving throne of their
bodies. Look here, this one has

a good set of teeth, I will call her
Nursemaid, she will live in my

mansion, I will come in the night. Yes,
she will say, yes, as I write everything out

on her back. When I

was a girl no one kissed outside of
a word, but the word

couldn’t be kiss, or lips, or tongue,
the word had to point to something

was the game. When I was a girl I’d
strap one on, she’d look over her

shoulder, I could make her

now claim that the ocean is fed by
an invisible ocean, a crystal at

the center of the earth. It

waits, not as vapor, not as liquid, not
as ice, but crystal, an enormous

jewel, waiting
to open. So much I don’t understand. In

with swords made of sticks; girls
hid in trees, stones heavy in their

hands. In the beginning I was

a girl, I held out my hand & it filled with
sunlight. If a bird landed in my palm

I could either crush it
or set if free. 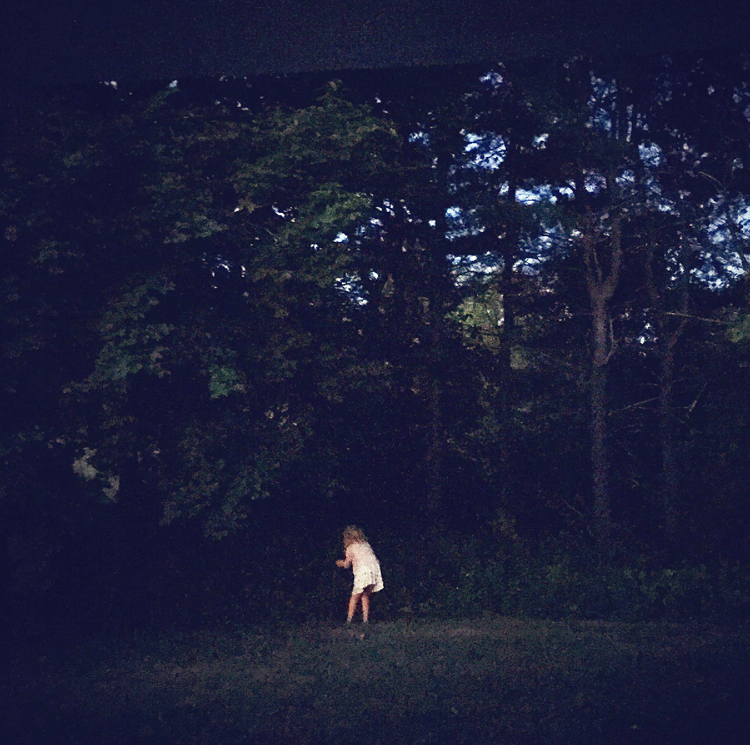 I rode him through the village, smiling.
He tossed his tasseled mane in distress.
The villagers took his gesture as vanity,
and made no attempt to rein him back.
Camped at night by stream and fire,

he seemed to think stories were in order.
The ghoulish tales twisting out his mouth
no longer frightened me. On leaving,
I’d taken on a certain complacency. Later,
he’d characterize my silence as merely

mean. But what is mean about a mouth
that, having no stories, claims it can provide
no flower for the ear, no wine for the wind?
I tried: I told the tale of him, which he
(the version being mine) was not much

interested in. But all of us, the fattening
moon, the yewey trees, the sharp-toothed
stars who combed their glowing backs against
the sky like cats: we laughed. And now
that I had left, where would I take him?

He was vehicle and, as such, responsibility.
He was deadening, tiresome, and necessary.
I made ourselves a home and kept him gently
as a pet. Visitors often wonder aloud,
How do you manage to keep such a creature

inside? The floors are stained with his keep.
I tell them my heart is huge and its doors
are small. Once I took him in he grew. Now
I cannot remove him without killing him,
which, frankly, I have never wanted to do. 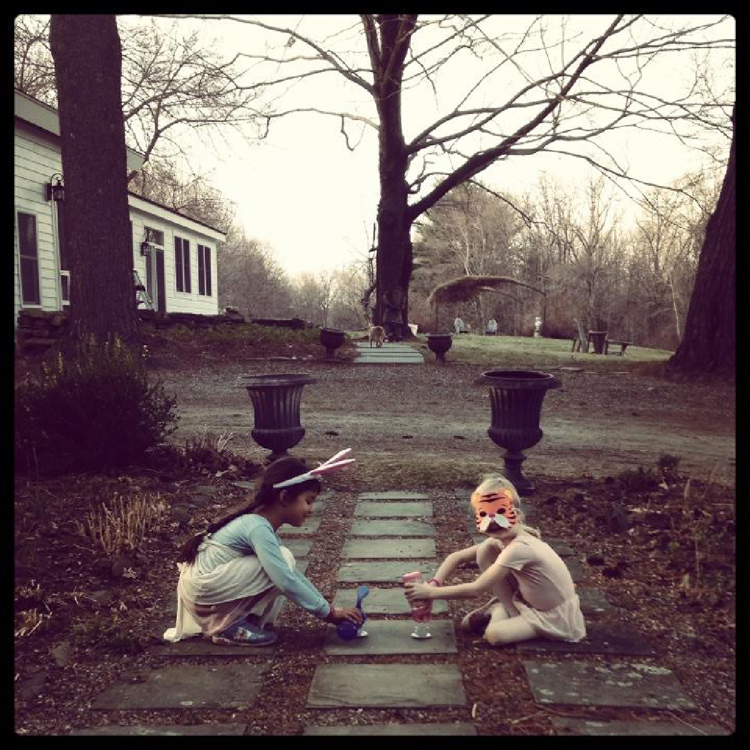 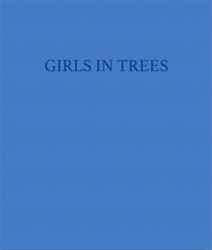 From Girls in Trees, ed. Rebecca Godfrey. Used with permission of Instar Lodge. 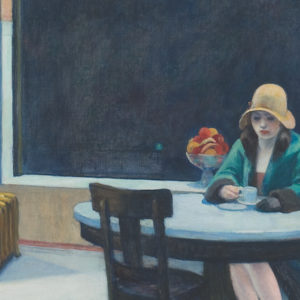 A strong response to the paintings of Edward Hopper is by no means uncommon, in America and throughout the world. But I’ve...
© LitHub
Back to top
Loading Comments...