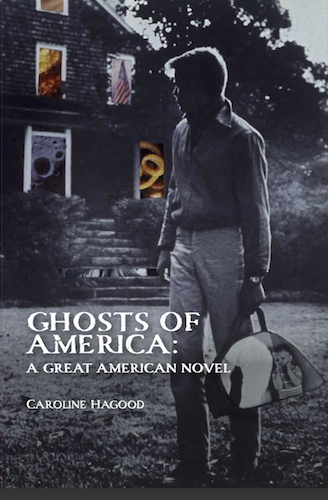 Caroline Hagood is an Assistant Professor of Literature, Writing and Publishing and Director of Undergraduate Writing at St. Francis College in Brooklyn. She has published two books of poetry, Lunatic Speaks and Making Maxine’s Baby, and one book-length essay, Ways of Looking at a Woman. Her writing has appeared in The Kenyon Review, The Huffington Post, The Guardian, Salon, and The Economist. She blogs for the Kenyon Review

9.
Plying the Dead with Blood

The thing about thinking you might die soon is you start to analyze your life as you would a narrative. I had always seen my life as the story of Theseus: I’m in this labyrinth and at the center is the monster, the Minotaur, which I read as either death or insight.

But, after that last prediction about my death, I also thought of Dante and about who would guide me through the Inferno, Purgatorio, Paradiso? Of course I was expecting Beatrice and Virgil. But instead I got…Jackie Kennedy and Valerie Solanas? And I had speculated that, if I ever paid a visit to the underworld, I’d be Odysseus, plying the dead with blood so they’d offer up their tales. But, as things turned out, it was more like a bake sale.

There were admittedly some crossed lines involved. I was indeed dead drunk but, as I fell backward, right before my head struck the coffee table, it wasn’t any of my mythical heroes I called out to: instead it was to Sylvia Plath. Like me, she was a huge fan of film. Her favorite movies, not surprisingly, were on the darker side. In her journals, this trend emerges. As she puts it, she prefers the single power and terror of Fellini’s La Strada to the excellence and humor of his Nights of Cabiria, and Bergman’s gripping and terrifying Seventh Seal to his magnificently entertaining The Magician. She was working on a book called Double Exposure when she died. The draft was lost in a fire. I’d give anything to read it.

On the night in question, I had crooned to Sylvia as I set down my dogeared copy of Ariel. I’d called out: Dearest Sylvia, I too am a writer. Except, I’m alive. At least for now. I share with you a manner of living at the edge of the world, but the thing is I don’t want to jump. I love life shamelessly. But suicides were never people who didn’t love life, were they, Sylvia? Because then the sacrifice wouldn’t be so very great.

I’m a little lost in my life right now, and perhaps that’s called midlife or maybe even being alive. I’m now officially turning to you. I come to you, hat in hand, to lay my life at your feet, where I secretly suspect it’s always been. Haven’t you always been my love, the kid on the other end of the tin can phone? My other half—a fact I doubt, not because I don’t love Plato, but because I can never believe all these parts of me only make two halves. And I would never buy the bullshit that they make a whole.

And who cares for a whole, anyway? We have always shuddered for the fragments, haven’t we, Sylvia? I was quite sauced, you must remember. I wouldn’t normally address Saint Sylvia in this way.

But instead of Sylvia, I got Jackie. Perhaps this was a good thing as far as transformation was concerned. When I visit my spurned ex-wife, there’s a red cardinal that always flies, repeatedly, right into the window. He doesn’t ever seem to learn, to evolve. I imagine his red blood, the same color as his feathers, staining the window, and I jump up every time. I try to scare him away, so I never have to see this. He reminds me of myself of course but, see, I have to stop flying into the window someday, so to speak. Evolution is necessary to survival.

In the storytelling segment of the latest faculty talk, Dr. Jameson went on about the hero’s journey. He didn’t even do the good narratology and comparative mythology stuff. Commercial hack that he is, he just shared with us the bozo who popularized it—good old Joseph Campbell. But I guess Joe Campbell is useful for imagining our unimaginable lives into something that resembles a framework.

Jackie was my call to adventure, as Campbell would say, that which summoned me from the dull world into the great wild yonder. Otherwise known in old parlance as a muse, or in modern movie-speak as a Manic Pixie Dream Girl. Although Jackie would object to being called a muse, so strike that from the record. As Campbell says, the call to adventure can bring you just about anywhere: “A forest, a kingdom underground, beneath the waves, or above the sky, a secret island, lofty mountaintop, or profound dream state; but it is always a place of strangely fluid and polymorphous beings, unimaginable torments, superhuman deeds, and impossible delight.” That’s what she was. Jackie was my secret island.

12.
Into the Jaws of Adventure

Jackie was something I never saw coming. She lured me right into the jaws of adventure and invited Valerie along for the ride. And I loved her for it. In Joe Campbell’s terms, she was also my kingdom underground, my impossible delight.

I was spying when it all started. Of course I was. My favorite pastime was to watch Rachel doing pretty much nothing. She was wearing her royal blue pajamas and putting the kettle on the stove. As she passed the full-length mirror, she caught a glimpse of herself and jerked around to take a fuller look. She tore off her pajamas to study the relevant images—the unexplored terrain of real womanhood when it’s not expecting company. She let her body relax. Her shoulders slumped, she stopped sucking in, let her stomach settle into a tiny paunch. It recalled somehow the mouth of a sleeping child.

Next, she took off the face she showed the world, let those muscles loosen as they would if not so ever-watched. Her eyes lost focus, her mouth drooped. Let it all be, I wanted to tell her. I’d love your spiky little hairs, your face filled with nothingness, your stomach reaching out to me.

I reached out to her. I must have moved a little too quickly because she seemed to catch a glimpse of something in the mirror, and she spun around. Then she was turning toward me—still nude, all manner of flesh speaking to itself in its own private language. Before I knew it, she’d seen me seeing her, and had pivoted buck-naked into the knowledge of what I’d been up to all along. I’ll never forget the look on her face. Before she pulled her curtains closed, I spotted a Jackie Kennedy biography on her night table.

I suppose it wasn’t entirely random that Jackie Kennedy, former First Lady of the United States of America, would show up in my Brooklyn brownstone. The house was not without its history. The Broadway set designer Oliver Smith had rented out the basement of my abode, 70 Willow Street, to Truman Capote. Capote, for his part, wrote both In Cold Blood and Breakfast at Tiffany’s here—a fact that haunted me as, night after night, in that very same basement, I turned out literary swill. And I’d read earlier that week that Jackie had visited Capote here. He’d tried to pull the wool over her eyes, insinuating he owned the whole place. Classic Capote. Something I’d do, no doubt.

That same night, after the Rachel debacle, I tried to calm myself by continuing to work on Deconstructing Camelot. Three scotches and a series of Internet wrong turns later, I found myself viewing footage from his assassination. I was astonished to discover how similar his injuries were to Noel’s, my best friend who’d died in my arms in Vietnam. They have all these fancy words, post-traumatic stress whatever, but they don’t even begin to cover it. After it happened, I couldn’t close my eyes without imagining Noel’s almost-beautiful brain matter on my skin. I was effectively beheaded by the whole experience, had suspected ever since that I might be the headless horseman himself, or perhaps merely a member of the living dead, and that all the rest was mere dinner theater.

As I watched the footage of JFK’s last moments, I was unable to turn away. I could do nothing but shake my head and think of Noel. As the first bullet whizzed through the President’s skull, I kept repeating, “mirror wounds” and “such a senseless war.” JFK’s wounds and Noel’s blended into through-the looking-glass tragedies, scotch-infused suffering twins as I kept drinking, the ice cubes clinking in my glass like Jacob Marley’s chains. Ah, Marley, that wily old spirit, appearing to Scrooge and then sending all the other ghosts to visit him. To help him transform, achieve redemption, come back to life. Are you sensing a theme here? Good.

But then that image of the Jackie biography on Rachel’s night table caused me to wonder less about my protagonist, President Jack, and more about the woman behind the man. So I started watching Jackie’s A Tour of the White House. I marveled at her odd manner. She telegraphed fragility, cut through with a steely quality I recognized as soldierly. I couldn’t explain it, but I felt her to be a comrade-in-arms. Right then, a curious thing happened. As I watched, I heard an odd rustling behind me. When I spun around, there was Jackie, dressed just as she had been on the tragic day that changed the fate of a nation.

There was that bouffant hairdo, that rose pillbox hat, that pink suit with the navy lapel. I’d already acknowledged to myself the strange qualities of Capote’s old digs, but this took the cake. I jumped back in horror, my whole body numb, the little hairs on my arms rearing up. In the low light of my desk lamp, her skin was diaphanous, impossibly lovely. I restrained myself from licking it. 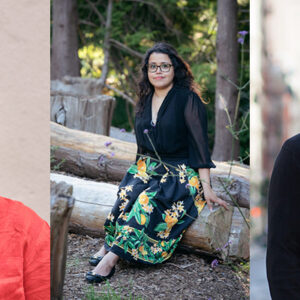 International Crime: Deepa Anappara, Silvia Moreno-Garcia, and Paul Vidich In a partnership with Kimpton Hotels & Restaurants Lit Hub is curating a book club and lending program for travelers...
© LitHub
Back to top