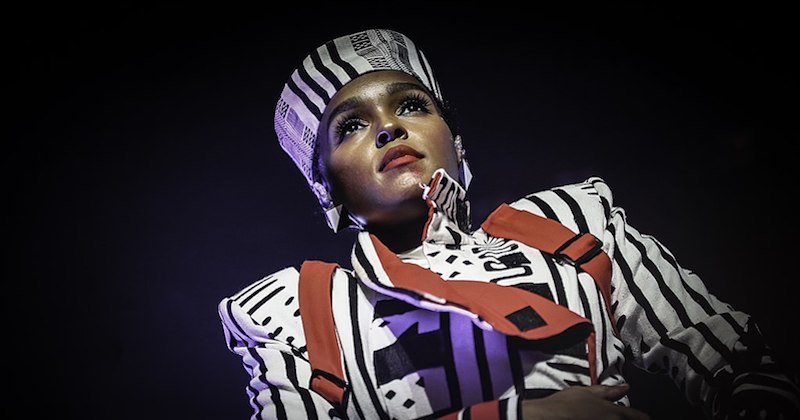 The multitalented Janelle Monáe will publish a collection of cyberpunk short stories next year.

Singer-songwriter, producer, easy-breezy-beautiful CoverGirl spokesperson, and actress Janelle Monáe is venturing into the literary world. On the heels of the great Octavia Butler’s birthday, Monáe has sold her sci-fi short story collection to David Pomerico at HarperVoyager, reports Publishers Weekly.

Titled The Memory Librarian: And Other Stories from Dirty Computer, the collection is a direct nod to 2018’s critically acclaimed Dirty Computer. The aforementioned album expanded upon the worldbuilding depicted in previous releases like her 2010 debut The ArchAndroid and 2013’s The Electric Lady.

According to HarperVoyager, this new work “explores how different threads of liberation—queerness, race, gender plurality, and love—become tangled with future possibilities of memory and time in such a totalitarian landscape … and what the costs might be when trying to unravel and weave them into freedoms.”

Monáe, who adopted the cyborg alter-ego of “Cindi Mayweather” early on in her career and grew up loving The Twilight Zone and Star Wars, has never been shy about her love of science fiction. For this modern visionary, finding refuge in the genre wasn’t so much about escapism, but self-actualization and embracing her “Otherness.”

In 2010, she spoke to the Chicago Tribune about her android-themed debut: “I chose an android because the android to me represents ‘the other’ in our society. I can connect to the other, because it has so many parallels to my own life—just by being a female, African-American artist in today’s music industry. I have gone to predominately white or black schools, and tried to represent individuality, whereas some of the people around me were not. Whether you’re called weird or different, all those things we do to make people uncomfortable with themselves, I’ve always tried to break out of those boundaries. The android represents the new other to me.”

Following the release of Dirty Computer, Monáe dropped an accompanying feature-length “emotion picture” that cast IRL BFF Tessa Thompson as love interest Zen. Evoking Blade Runner and George Lucas’ first film, THX 1138, Monáe plays Jane 57821, who is deemed “dirty” by the rules of her dystopian society and is sent away to be “cleaned.” Critics have also noted that the film shares similar themes depicted in Margaret Atwood’s The Handmaid’s Tale.

The Memory Librarian, created in collaboration with other authors, will publish on April 19th, 2022.