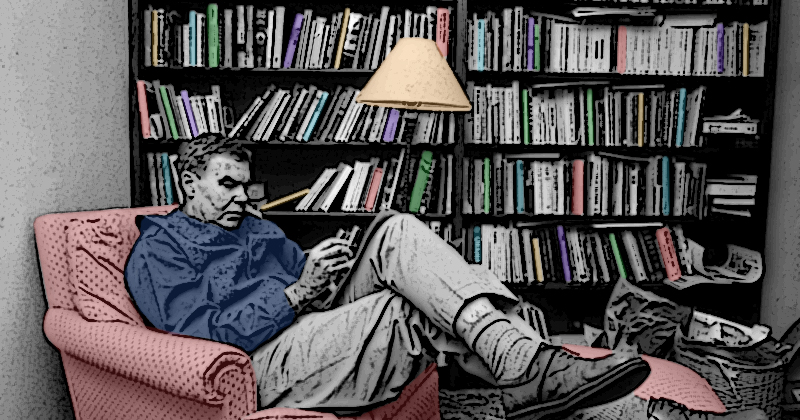 “Get in, get out. Don’t linger. Go on.” Read Raymond Carver’s greatest writing advice.

Raymond Carver was born 83 years ago, in Clatskanie, Oregon. Later, he would cement his position as one of America’s greatest and most beloved writers and poets, a true master of the short story form. Carver is one of those writers who tends to spawn other writers—more than one person I know fell in love with the short story form after they encountered “Cathedral” for the first time. So who better to offer a little bit of writing advice to those of us still trying to get it right? Here are a few gems from the man himself:

Write what you know, but not too much:

You have to know what you’re doing when you turn your life’s stories into fiction. You have to be immensely daring, very skilled and imaginative and willing to tell everything on yourself. You’re told time and again when you’re young to write about what you know, and what do you know better than your own secrets? But unless you’re a special kind of writer, and a very talented one, it’s dangerous to try and write volume after volume on The Story of My Life. A great danger, or at least a great temptation, for many writers is to become too autobiographical in their approach to their fiction. A little autobiography and a lot of imagination are best.

Lose your ambitions, keep your talent:

When I was 27, back in 1966, I found I was having trouble concentrating my attention on long narrative fiction. For a time I experienced difficulty in trying to read it as well as in attempting to write it. My attention span had gone out on me; I no longer had the patience to try to write novels. It’s an involved story, too tedious to talk about here. But I know it has much to do now with why I write poems and short stories. Get in, get out. Don’t linger. Go on. It could be that I lost any great ambitions at about the same time, in my late 20’s. If I did, I think it was good it happened. Ambition and a little luck are good things for a writer to have going for him. Too much ambition and bad luck, or no luck at all, can be killing. There has to be talent.

I think it’s important that a writer change, that there be a natural development, and not a decision. So when I finish a book, I don’t write anything for six months, except a little poetry or an essay.

–from a 1987 interview with French journalist Claude Grimal

Be patient with yourself:

When I’m writing, I write every day. It’s lovely when that’s happening. One day dovetailing into the next. Sometimes I don’t even know what day of the week it is. The “paddle-wheel of days,” John Ashbery has called it. When I’m not writing, like now, when I’m tied up with teaching duties as I have been the last while, it’s as if I’ve never written a word or had any desire to write. I fall into bad habits. I stay up too late and sleep in too long. But it’s okay. I’ve learned to be patient and to bide my time. I had to learn that a long time ago. Patience. If I believed in signs, I suppose my sign would be the sign of the turtle.

Look at the world through your own eyes:

Some writers have a bunch of talent; I don’t know any writers who are without it. But a unique and exact way of looking at things, and finding the right context for expressing that way of looking, that’s something else. . . . Every great, or even every very good writer, makes the world over according to his own specifications.

It’s akin to style, what I’m talking about, but it isn’t style alone. It is the writer’s particular and unmistakable signature on everything he writes. It is his world and no other. This is one of the things that distinguishes one writer from another. Not talent. There’s plenty of that around. But a writer who has some special way of looking at things and who gives artistic expression to that way of looking: that writer may be around for a time.

And not through anyone else’s:

Someone else’s way of looking at things—Barthelme’s, for instance—should not be chased after by other writers. It won’t work. There is only one Barthelme, and for another writer to try to appropriate Barthelme’s peculiar sensibility or mise en scene under the rubric of innovation is for that writer to mess around with chaos and disaster and, worse, self-deception.

Write for yourself, and for other writers:

Any writer worth his salt writes as well and as truly as he can and hopes for as large and perceptive a readership as possible. So you write as well as you can and hope for good readers. But I think you’re also writing for other writers to an extent—the dead writers whose work you admire, as well as the living writers you like to read. If they like it, the other writers, there’s a good chance other “intelligent, adult men and women” may like it, too.

I hate tricks. At the first sign of a trick or a gimmick in a piece of fiction, a cheap trick or even an elaborate trick, I tend to look for cover. Tricks are ultimately boring, and I get bored easily, which may go along with my not having much of an attention span. But extremely clever chi-chi writing, or just plain tomfoolery writing, puts me to sleep. Writers don’t need tricks or gimmicks or even necessarily need to be the smartest fellows on the block. At the risk of appearing foolish, a writer sometimes needs to be able to just stand and gape at this or that thing—a sunset or an old shoe—in absolute and simple amazement.

I’m against tricks which call attention to themselves in an effort to be clever or merely devious. . . . A writer mustn’t lose sight of the story. I’m not interested in works which are all texture and no flesh-and-blood. I guess I’m old fashioned enough to feel that the reader must somehow be involved at the human level.

It was [my teacher John Gardner’s] conviction that if the words in the story were blurred because of the author’s insensitivity, carelessness, or sentimentality, then the story suffered from a tremendous handicap. But there was something that must be avoided at all costs: if the words and the sentiments were dishonest, the author was faking it, writing about things he didn’t care about or believe in, then nobody could ever care anything about it. A writer’s values and craft. This is what the man taught and what he stood for, and this is what I’ve kept by me in the years since that brief but all-important time.

I like it when there is some feeling of threat or sense of menace in short stories. I think a little menace is fine to have in a story. For one thing, it’s good for the circulation. There has to be tension, a sense that something is imminent, that certain things are in relentless motion, or else, most often, there simply won’t be a story. What creates tension in a piece of fiction is partly the way the concrete words are linked together to make up the visible action of the story. But it’s also the things that are left out, that are implied, the landscape just under the smooth (but sometimes broken and unsettled) surface of things.

Pay attention to the little things:

I’m not given to rhetoric or abstraction in my life, my thinking, or my writing, so when I write about people I want them to be placed within a setting that must be made as palpable as possible. This might mean including as part of the setting a television or a table or a felt-tipped pen lying on a desk, but if these things are going to be introduced into the scene at all, they shouldn’t be inert. I don’t mean they should take on a life of their own precisely but they should make their presence felt in some way. If you are going to describe a spoon or a chair or a tv set, you don’t want to simply set these things into the scene and let them go. You want to give them some weight, connecting these things to the lives around them. I see these objects as playing a “role” in the stories; they’re not “characters” in the sense that the people in my stories are, but they are there and I want my readers to be aware that they’re there, to know that this ashtray is here, that the tv is there (and that it’s going or it’s not going), that the fireplace has old pop cans in it.

Write what you mean to say, with clarity:

That’s all we have, finally, the words, and they had better be the right ones, with the punctuation in the right places so that they can best say what they are meant to say. If the words are heavy with the writer’s own unbridled emotions, or if they are imprecise and inaccurate for some other reason—if the words are in any way blurred—the reader’s eyes will slide right over them and nothing will be achieved. The reader’s own artistic sense will simply not be engaged. Henry James called this sort of hapless writing ”weak specification.”

But you don’t have to have all the answers:

The writer’s job, if he or she has a job, is not to provide conclusions or answers. If the story answers itself, its problems and conflicts, and meets its own requirements, then that’s enough. On the other hand, I want to make certain my readers aren’t left feeling cheated in one way or another when they’ve finished my stories. It’s important for writers to provide enough to satisfy readers, even if they don’t provide “the” answers, or clear resolutions.

Good fiction is partly a bringing of the news from one world to another. That end is good in and of itself, I think. . . . It doesn’t have to do anything. It just has to be there for the fierce pleasure we take in doing it, and the different kind of pleasure that’s taken in reading something that’s durable and made to last, as well as beautiful in and of itself. Something that throws off these sparks—a persistent and steady glow, however dim.