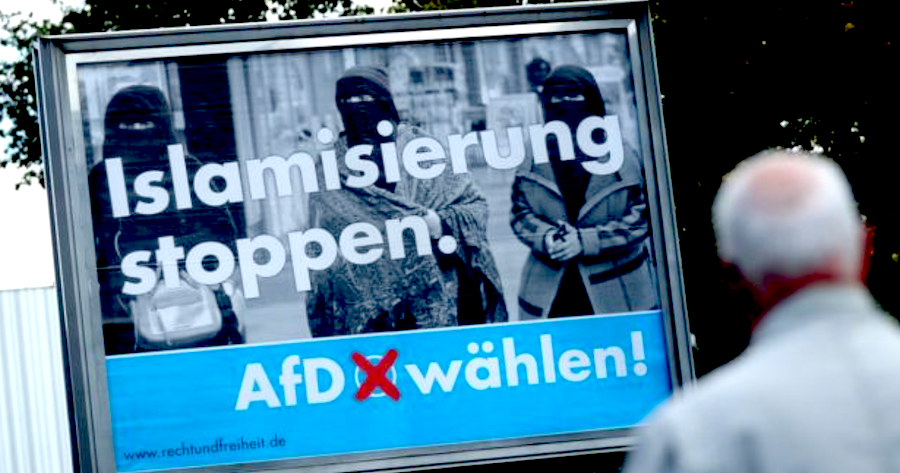 The global creep of fascism continues apace with news of German far-right party AfD (Alternative for Germany) distributing racist coloring books at a rally last weekend. And lest you dismiss the AfD as a bunch of fringe asshats (I mean, they are), they’re technically the largest opposition party in the German bundestag, having won 89 seats in the last election, with victories in all 16 German states (not surprisingly, the AfD is most popular in the former East Germany, and has risen to national prominence through a classic cocktail of xenophobia, paranoia, and nativist nostalgia). The book contains ugly caricature images of gun-wielding men waving Turkish flags, and women in headscarves at a pool with a brandished knife in the foreground.

In unrelated news, nine people were murdered yesterday by a right-wing extremist in western Germany who apparently targeted two bars normally frequented by Turkish immigrants and Germans of Turkish descent. Five Turkish citizens were among the dead. Fuck you, AfD.