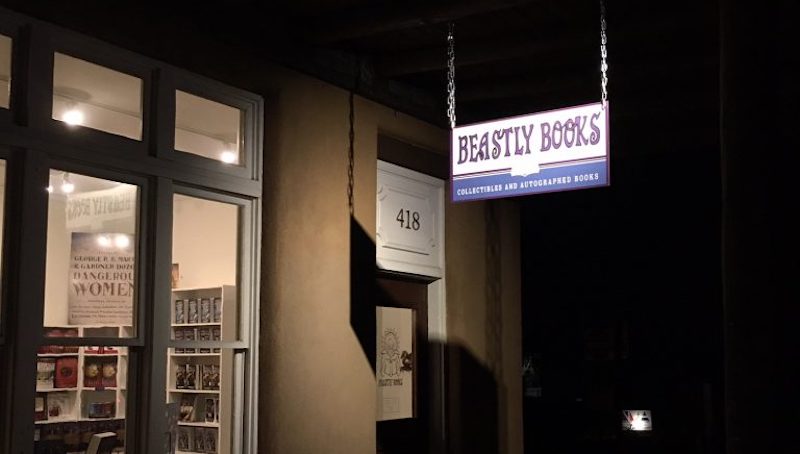 George R.R. Martin opens bookstore next to his movie theater in Santa Fe.

Did you know that master fantasist George R.R. Martin opened his own movie theater in Santa Fe, the Jean Cocteau Cinema? Well, now he’s opening a bookstore next door, Beastly Books. As Martin writes, on his blog:

We’ve been doing amazing author events at the Jean Cocteau Cinema ever since we reopened the theatre in August, 2013.  Dozens of terrific, award-winning, bestselling writers have appeared at the JCC to speak, read, and sign their books… SF writers, mystery writers, historical novelists, romance writers, thriller writers, mainstream literary writers, YA authors, non-fiction writer and journalists… the list goes on and on.

And all of them have signed stock for us. The only problem was the Jean Cocteau lobby was far too small for us to display all of these wonderful autographed books.

And so he opened a bookstore… We wish Martin best of luck in all his endeavors, and only hope this doesn’t further delay the next book.