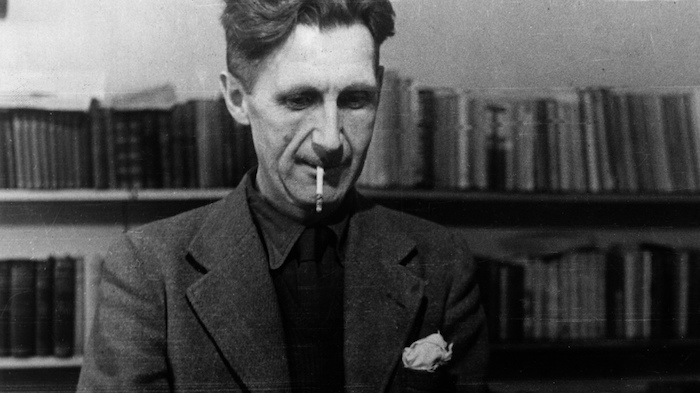 George Orwell’s Down and Out in Paris and London is coming straight to your inbox.

Some good news to ring in the weekend: fans of George Orwell (and fans in the making) will soon be able to enjoy a serialization of his works, courtesy of Orwell Daily, a project to bring his writing to new audiences.

Orwell Daily will be a new, daily newsletter, giving readers small chunks of Orwell’s writing—between 1,000 and 1,500 words—every morning, courtesy of the Orwell Foundation. The newsletter will start with a serialization of Down and Out in Paris and London, which will last until Christmas; another work (yet to be announced) will begin in the new year.

Published in 1933, Down and Out in Paris and London is memoir of the author’s time in both cities and explores both poverty and homelessness alongside Orwell’s “exploits with a cast of colourful characters,” according to the foundation. Jeremy Wikeley, the editor for the project, told Lit Hub that the overall goal is to present a multidimensional view of Orwell’s work:

Really this about starting a conversation and a community around the books and the words themselves. Orwell is, obviously, everywhere. To say he’s influential doesn’t really cover it. For so many people Nineteen Eighty-Four and Animal Farm aren’t just good reads or wise parables, they’re living, breathing texts, books that make sense of the world and offer a way through it. The essays and the non-fiction too. The Foundation exists to keep that legacy alive.

But there are other Orwells too: Orwell the cultural reference, Orwell the meme, Orwell the myth…. The fact is just because people are talking about Orwell doesn’t mean they’re reading him, and the Foundation is always looking for new ways of encouraging people to discover his work for themselves.

In a parallel effort, he wrote, the foundation is also launching a new prize for reporting on homelessness, in line with the themes of Orwell’s early work. The first edition of the newsletter comes out on Oct. 28.