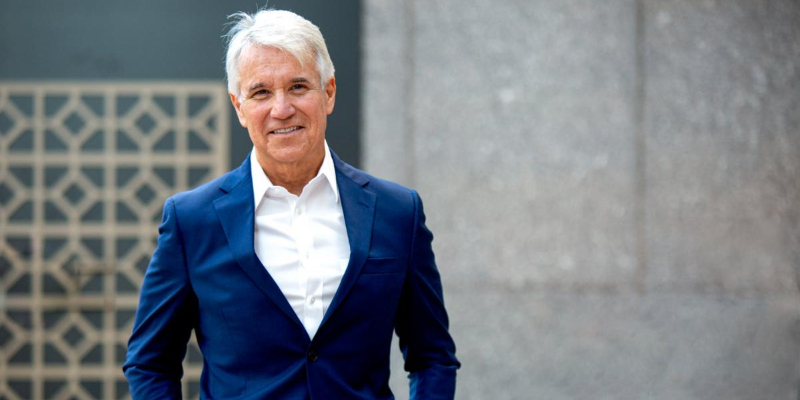 Paul Holdengräber is joined by George Gascón on Episode 125 of The Quarantine Tapes. George is currently running for Los Angeles District Attorney. Their conversation hits on a wide range of topics, from the value of learning history to the DA’s role in countering environmental injustice. Much of the episode is spent on issues of policing and criminal justice, as George tells Paul about his early career as a police officer. They talk about how his perspective changed greatly as he saw the harms of our current system of policing, then dig into the threat of the increasing militarization of police and the need to reduce the size of the criminal justice system.

George Gascón: And then growing up in a police department, actually believing that we were the guardians, if you will, of our society, and what we were doing was necessary to protect our community. And then evolving and getting to the point, as I saw the fruits of my own work, and actually I would say sometimes that poison of my own work, and how we were destroying communities, how we were going from one generation to the other trying to apply solutions to a problem that was mostly created by our own doing, and just simply by applying the wrong tools to social and economic and public health breakdowns.

And so, I went from that place of believing that what I was doing was actually on the right side of the angels, if you will, to understanding that there were not only limitations to the utility of what I was doing, but then understanding that actually so much of what I was doing was part of a larger social or economic problem in this nation that preceded certainly me. And really beginning to start looking for other ways of addressing those issues and becoming more and more distant from that part of the thin blue line that you mention, Paul.

Paul Holdengräber: I want to stay a moment with your education, because in college you studied—I was so interested in reading this, George—you studied ancient history, Greek history, Roman history. How will the perspective history affords inform your work as district attorney? What I was particularly interested in, George, was that you were interested not in the grand, great moments necessarily, but in the moments of transition.

George Gascón: Yes, yes. As human beings, I think that having an understanding of where we came from and who we are and learning from the mistakes of the past are critically important to the development of the future. Certainly in looking at ancient history, there are so many lessons, whether you’re looking at classical Greek history or classical Roman and how empires are built. What are the failures and the excesses, and what are the consequences of that? To a great extent I think that, unfortunately, history tends to repeat itself.

I know that a lot of people probably that will be listening to us will say, well, I think you’re being a little melodramatic. There is a tremendous difference between where we are today and what happened in classical Greece or Rome, or for that matter the UK. But I don’t think so. I think there is a certain energy that sometimes results in the creation of something, and then that energy sometimes, maybe good or bad, has an impact on the formation of things to come. And if we’re not careful, we can continue and we can go in some very, very damaging directions.

George Gascón has spent his life working to make sure our justice system works for everyone, not just the wealthy & well-connected. George is a Cuban immigrant and an army veteran, raised in Southeast Los Angeles, most recently serving as San Francisco’s DA. Prior to his time in SF, he served 20 years on LAPD, then was recruited to serve as Chief of Police in Mesa, AZ, where he made national headlines taking on anti-immigrant Sheriff Joe Arpaio. As DA in San Francisco, he reduced violent crime to historic lows, prosecuted public corruption, and fought to reform our criminal justice system to make it more effective. George is the LA County Democratic Party & CA Democratic Party endorsed candidate for LA County DA, and has also received the endorsements of the LA Times, Governor Gavin Newsom, US Senators Kamala Harris, Bernie Sanders, and Elizabeth Warren, Congressmembers Maxine Waters, Tony Cardenas, Alan Lowenthal and Ayanna Pressley, State Senator Holly Mitchell, BLM co-founder Patrisse Cullors, Activist Dolores Huerta, and many more leaders, activists, and organizations. 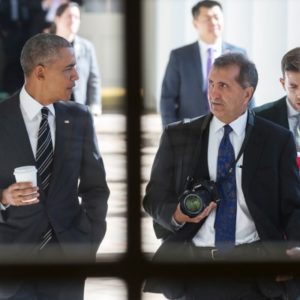 On this episode of The Literary Life, we revisit our conversation with Pete Souza, the former White House Staff Photographer...
© LitHub
Back to top