The poems of Jana Prikryl may recall the ecological imagination of Jorie Graham or the flavorful antiquities that Anne Carson makes new. Yet Prikryl’s work impresses most for sounding, ultimately, like no one else in contemporary poetry. They have a casual ardor in their expansive embrace of the Anthropocene: from André Breton to Carthage, from future galaxies to the Civil War. These lyrics exist from a place where time has already played itself out simultaneous to the awareness that for the reader it is most likely just this moment that the lyric frames and microscopically dissects. Analytic, heady, wry and mysterious, the poems of Jana Prikryl keep their eye ready for “a sort of human finale,” complete with cameo by Buster Keaton. What more to ask from any poet?

The earth has feelings

The earth builds a scrapyard, a sequence of them to tell

of this, a seam on its embalmed glabella future galaxies caress

Out of its winding sheet rolodex the earth erodes another name,

Beware, the earth prepares to say one final time, construction

It hoped to say nothing further and then was disappointed, its hope

misplaced it knew deep down

you say, the earth had hoped you would

Express as little as possible with your furniture, find the little that is

as near to nothing as can be

The monuments unpictured drift up like watermarks through the odor

You make things happen all the time, says the earth, take my advice

look the other way

of a coat shrugged on to run across the street

the formalwear of snow,

The sky won’t stoop to it so much

anymore, the banks of cloud

unhitch and crumble down.

On our way to the party we stopped at a bar,

three girls in the din of a Friday night

to warm up and find ourselves late.

It’s not just the coming-into-being of the air

but the silence and smell, coldly

Such a gigantic abstraction withheld

more creaturely than is proper.

come out and tell me

what it is you came here for.

In that peopled brown-lit place I find

I don’t want to talk to anyone much

and wait like a child while the two others talk.

This Tunis sir was Carthage,

comes the voice of a man,

who circles to his meaning despite how many

push him off it, a patient man,

I assure you Carthage.

One day it returns, half an hour

with the care of airplanes flying low over the city.

at a party is easier to do

in the company of others.

Is not sir my doublet as fresh as the first day I wore it?

A doublet, a doublet. In my edition the notes

concur with the scoundrels,

Tunis and Carthage were close

but not the same city.

Also you learn the reasons for your amusement,

if that’s what it is, when they mock the mention

of Dido, have not been explained.

How came that widow in?

What if he had said “widower Aeneas” too?

It’s funny to use your imagination

And tears of a lackey,

the touch of a known hand,

undoes me. I pause for them to move

from higher to lower regions of the sky

before proceeding down the sidewalk.

You who found none of your codirectors sufficiently serious, the scene

in need of reshooting,

the Civil War, plantation mood, the trouble was to lay the keel

down near enough to fact

when a gun went off at dinner,

I mean a popped cork, and you unmurdered, alive in the sense that

Your glance like an open hand, your glutes, your hurricane tending by its own

momentum to the next exposure

of an inner mechanism, whose parody sinks its point into the mark to such

a depth it spreads

in all the parts

seem a sort of human finale, if not the very last absolutely necessary

movie, then the first and last

to think of new material

The First Rule of Write Club Is...

My Mother is Gone, But Her Edits Remain 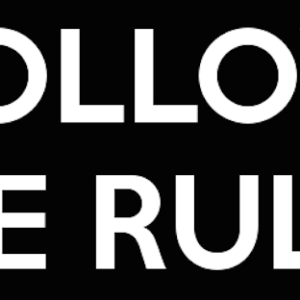 The First Rule of Write Club Is... Some years ago, The Guardian in England ran what amounted to a Top Ten of Top Ten Tips About Writing. They brought together...
© LitHub
Back to top