Hosted by Paul Holdengräber, The Quarantine Tapes chronicle shifting paradigms in the age of social distancing. Each day, Paul calls a guest for a brief discussion about how they are experiencing the global pandemic.

Paul Holdengräber is joined by former US Senator Gary Hart on Episode 100 of The Quarantine Tapes. They have a stirring conversation about Gary’s recent op-ed in The New York Times, “How Powerful Is the President?” Gary and Paul discuss the revelation of secret and emergency powers of the president and the threat this may pose to the upcoming election. Gary goes on to emphasize that while he is not an alarmist, he feels that anything may be possible as the next election approaches. They touch on issues of protests and voter intimidation before Gary reminds us of the importance of getting the American people to pay attention to this election.

Gary Hart: If people can’t walk down the streets of Washington D.C. or Denver, Colorado and protest peacefully without being tear-gassed or assaulted by police or unmarked military forces, and put in unidentified vehicles, then we’re halfway towards a police state. 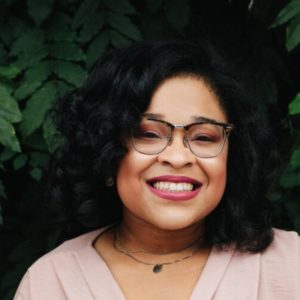 This week on The Maris Review, Morgan Jerkins joins Maris Kreizman to discuss her new book, Wandering in Strange Lands, out now from...
© LitHub
Back to top