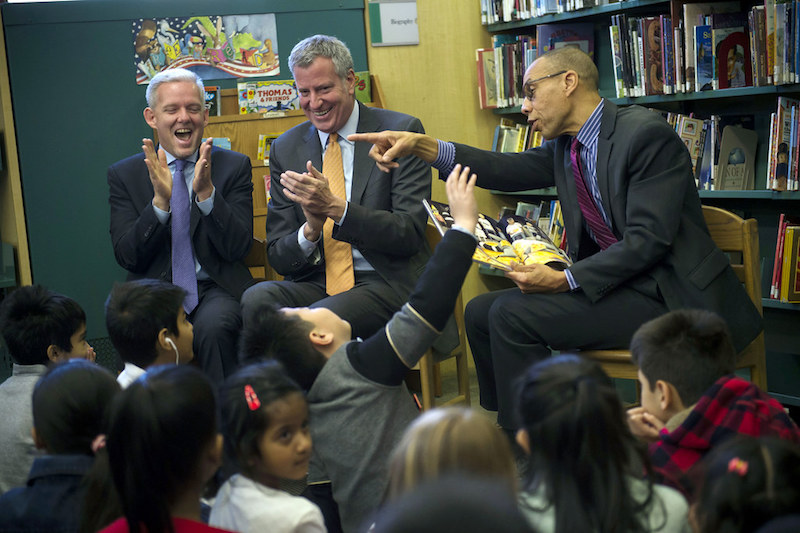 I’ll say this for Bill De Blasio mayor of New York City and the most confusing 2020 presidential candidate: his heart was in the right place when he tweeted that Joe Biden’s support of the Hyde Amendment, which would ban federal funds abortion services, made him “Dr. Jekyll.”

And when it comes to supporting American women on issues like repealing the Hyde Amendment, @JoeBiden is Dr. Jekyll.

The previous tweet in the thread made it clear that De Blasio was intending to both drag Biden for a position that would hurt women—particularly low-income women and women of color—AND make a cool literary pun. I am in favor of both those things! Unfortunately, as Book Twitter was quick to point out, Dr. Jekyll wasn’t the bad guy in Dr. Jekyll and Mr. Hyde. The ratio-ing was swift and fierce.

Dr. Jekyll was the good guy.

I quite appreciated this one:

Hyde is the monster. Frankenstein is the doctor.

And, of course, the tweet had its (tepid) defenders:

de Blasio’s getting sass bc “Dr. Jekyll was the good one!”, but he’s not WRONG because RLS’s novel shows Jekyll as addicted to turning into Hyde to unleash his repressed sinful urges

that said if a dig requires a 19th-century lit explainer to make sense it’s prob. not a good dig https://t.co/KYAV26jmoL